Dear President Trump: Solve the opioid epidemic by treating it like one

Trump wants the death penalty for drug dealers. But that toughness has never worked 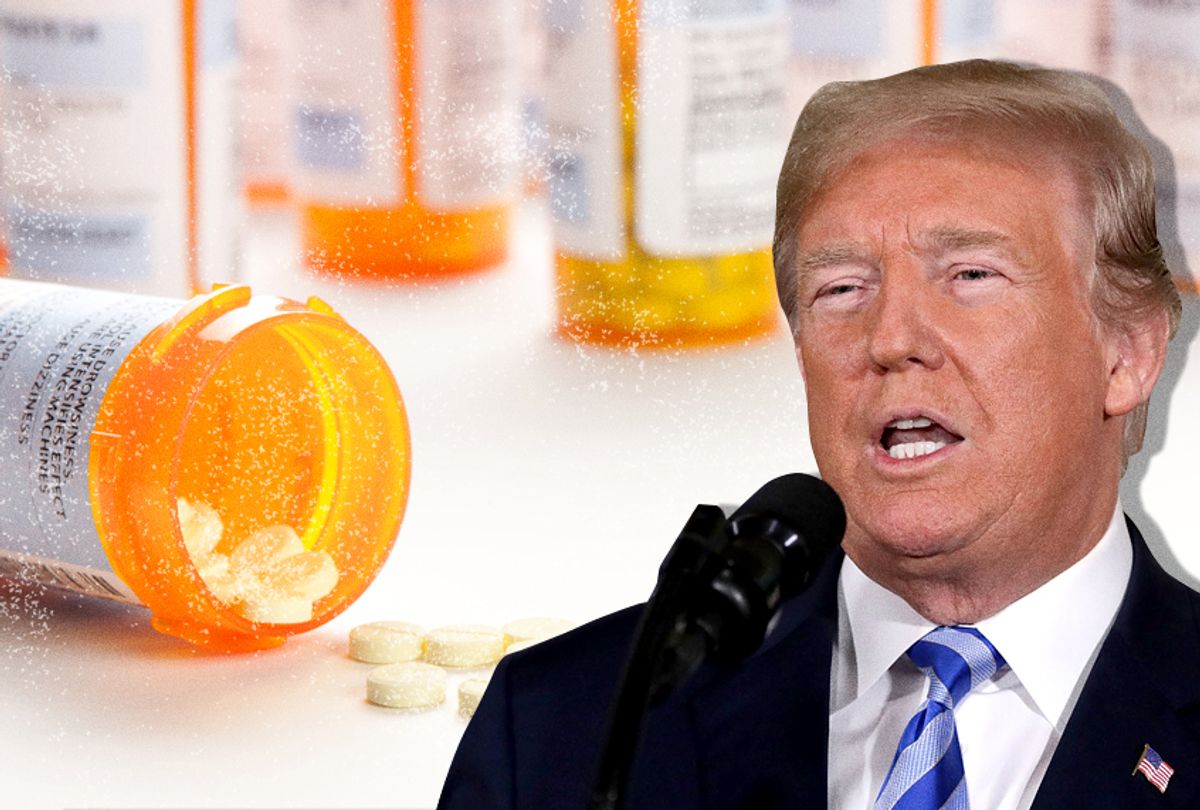 President Trump wants the death penalty for drug dealers. "The only way to solve the drug problem is through toughness," he recently thundered.

Toughness won't work. Our nation cracked down on addicts and their suppliers in the 1980s and 1990s. Gang violence and mass incarceration increased -- and so did overdoses. The death toll from overdoses has risen almost every year since 1980.  In 2016, more than 42,000 Americans fatally overdosed on opioids -- five times the number in 1999.

To solve the opioid crisis, we need to treat it like the epidemic it is -- not simply as a law-and-order issue. That requires a comprehensive, scientific approach.

Stopping any epidemic requires us to prevent new cases while we treat those who are already afflicted. And that effort starts by quarantining or curing the "super-spreaders" -- the key nodes of infection.

For example, corpses were super-spreaders of the Ebola virus that ravaged West Africa from 2014 through 2016. Community members would gather to ritually wash contaminated bodies for burial and thereby expose themselves to the virus.

It's tempting to view drug dealers as the opioid epidemic's super-spreaders. But the handful of doctors who irresponsibly prescribe large quantities of painkillers are at least as deserving of that moniker. Three in four people who abuse opioids today started with prescription drugs.

One Oklahoma physician is alleged to have prescribed 1,800 pills to five patients who died of overdoses, according to an investigation by state officials. Doctors cumulatively prescribe enough opioids to keep every single American medicated for three full weeks each year.

These super-spreaders must be punished. State attorneys general should investigate them and take their licenses or fine them.

Another key step in defeating infectious disease is to build up "herd immunity." If a sufficiently large slice of a population has been inoculated against infection, the entire population is protected because the pathogens can't easily travel from person to person.

Developing individual and herd immunity against opioid abuse is a social challenge.

Social dislocation caused by unemployment or broken families often drives addiction. People who can't get a natural high from meaningful work or relationships may turn to drugs instead. A study published in the Journal of Health Economics reveals that for every percentage-point increase in a county's unemployment rate, the opioid death rate increases 3.6 percent.

Strengthening social networks can immunize people against addiction or relapse. Consider how Iceland reduced alcohol and cigarette use. In 1998, over 40 percent of 15- and 16-year olds had gotten drunk during the previous month. Nearly a quarter smoked cigarettes daily.

The government responded by raising the minimum age to buy tobacco and alcohol and requiring every school to establish a parent organization. Officials also encouraged parents to participate in school functions and attend lectures on the importance of spending time with their kids. And they funded more recreational activities, like sports, music and art.

The amount of time that Icelandic young adults spent with their families subsequently skyrocketed. Now, fewer than 5 percent smoke daily or have been drunk in the past 30 days.

Finally, we must effectively treat those who are already ill. One of the best interventions for those in the throes of opioid addiction could be another illicit drug we haven't appropriately deployed yet -- marijuana.

Decriminalizing cannabis, or at least making medical marijuana more readily available, could prevent people from getting hooked on opioid painkillers -- and then turning to heroin and fentanyl. Such a move would also reduce their level of contact with the illegal drug trade.

Congress is beginning to show interest in this line of thinking. The House is considering legislation that would allow the Department of Veterans Affairs to research whether marijuana could be a substitute for opioids.

Too many officials, including President Trump, have failed to learn from America's drug war. Opioid abuse is an epidemic. The lives of so many people -- including youths who have never tried opioids -- depend on us treating it as one.

Rob Cohen, M.D., M.P.H., is a physician and Army veteran who works on public health projects in Africa, Asia and Latin America. Follow him on Twitter @RobCohenMD. His book, "Boom without Bust: How Humans Can Solve Slow-Motion Emergencies," will be published in 2019.

Rob Cohen, M.D., M.P.H., is a physician and Army veteran who works on public health projects in Africa, Asia, and Latin America. His book, "Boom without Bust: How Humans Can Solve Slow-Motion Emergencies," will be published in 2019. Follow him on Twitter @RobCohenMD.