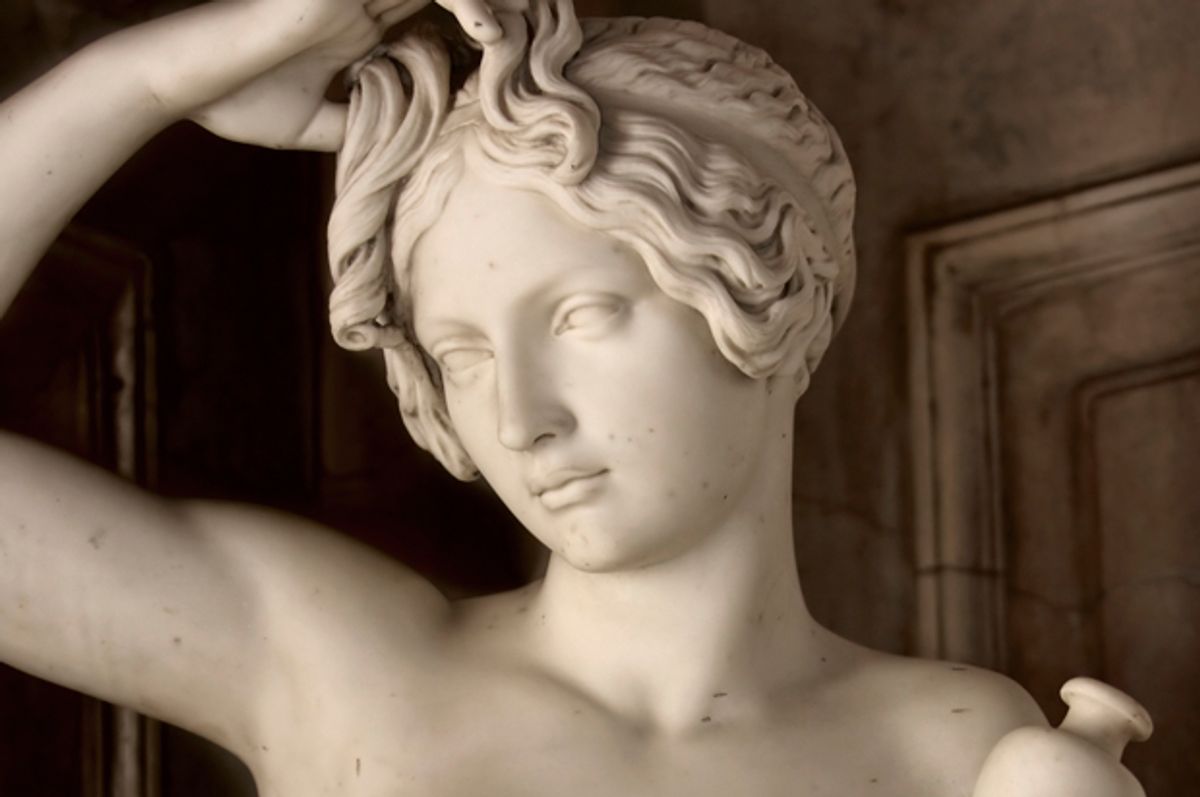 The Parisians know how to curate a unique art experience—even in the year 2018. CNN reports that earlier this month, Palais de Tokyo in Paris, invited guests for a clothing-free event. Indeed, visitors were allowed to peruse the gallery naked for the day.

According to the report, guests arrived clothed, but had the option to check their clothing at the cloakroom. In order to keep from startling other visitors, the naked affair took place before the museum opened to the public. Staff, fully clothed, were reportedly available to answer any questions that the naked visitors had.

The event is significant because it was the first time a Paris museum welcomed nudists. It is unclear if other famous museums like The Louvre Palace will follow, but last summer in Paris city officials reserved a space for naturists to enjoy themselves in an open grassy space in the Bois de Vincennes park. It was open daily from August 31 to October 15, 2017.

Like anything involving nudity and art, the symbolism behind the event was much more than simply wanting to go to a museum naked.

“Putting on clothing, or an armor, it’s a statement,” Vincent Simonet, a 42-year-old singing teacher who attended the event, told the New York Times. “Today, nudism is seen as a statement, but really it’s the opposite, it should be seen as a pure state.”

As for the New York Times’ reporter, Thomas Rogers suggested, being nude was a little bit of a distraction from the art.

“As for me, I was inclined to revisit the exhibition, especially its more political works, in a clothed context, when I wouldn’t have to worry about feeling insensitive,” he wrote.

The most uncomfortable part of the experience for him was feeling cold though, not exposed.

“A half-hour into the first nudist tour of the Palais de Tokyo, a contemporary art museum in Paris, I had gotten used to the feeling of exposure, but I hadn’t acclimatized to the cold air circulating through the cavernous galleries,”Rogers wrote.

In the U.S., checking your clothes at the door in the name of art has become a form of protest. In June 2017, over one hundred people went to Times Square, took off all their clothes, and painted a unique message across each of their chests to promote various messages of body acceptance.

“I think that human expression is something that is so important and it’s lacking in society today. It helps us to be together and to feel connected as a community, but there aren’t a whole lot of opportunities to do it,” said Matthew "Levee" Chavez, the creator of Subway Therapy, which gained national popularity after the election and inspired the naked event in Times Square.

Nudism does appear to be making a comeback around the world. The American Association for Nude Recreation is hosting a Nude Recreation Week from July 9 - 14 this summer, and the first ever International Skinny Dip Day on July 14.