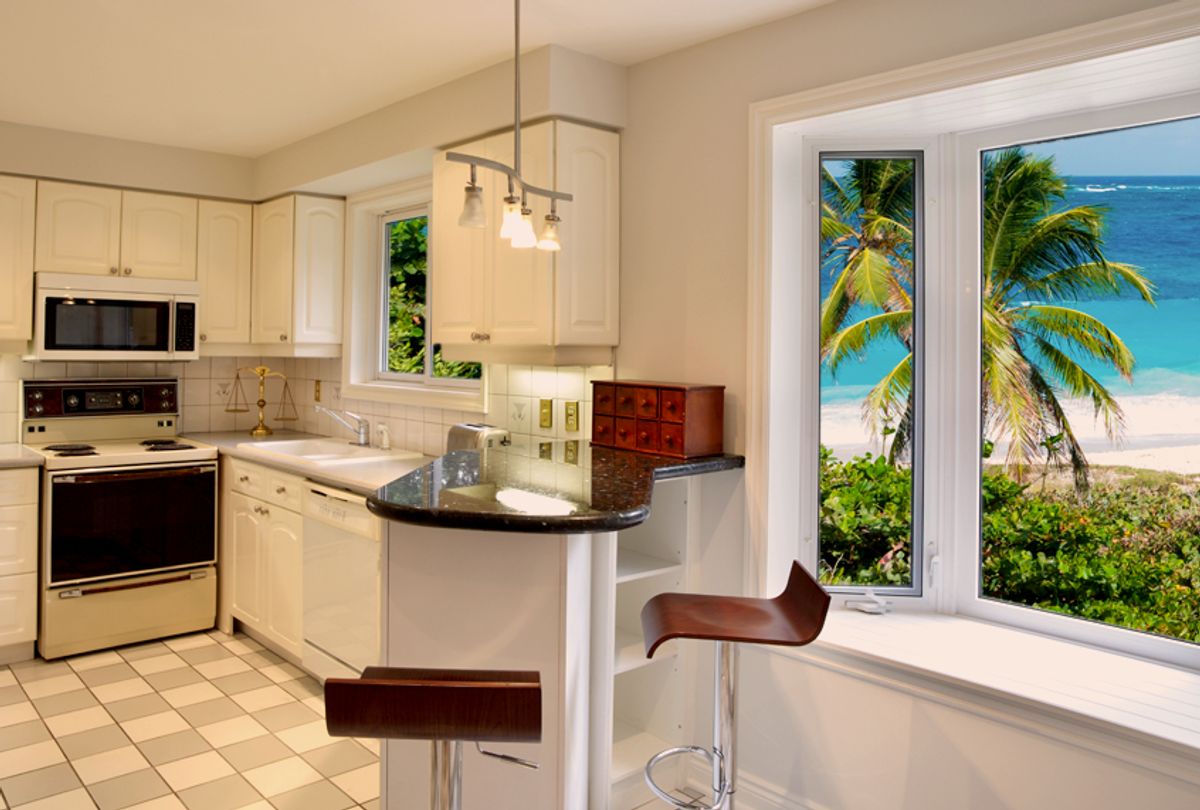 The kitchen has always been my favorite room in the house. I’ve renovated three places, two houses in Los Angeles and one in Nashville, and the kitchen was always the last room we did because you couldn’t live in a place if you couldn’t eat, and you couldn’t eat if you couldn’t cook, so we always waited until we were finished with everything else before we’d take on the kitchen. Even then, the kitchens were done piecemeal, working around the stove and the sink until the last minute so you could continue using them to cook and wash up.

I think I started to realize the importance of kitchens when as a teenager I first started going over to girlfriends’ houses to hang out. If you wanted to get on the good side of a girlfriend, you had to hit it off with her mother, and where did you find her mother? Usually by herself with no one else around, in the kitchen. Early on, I learned it was a good idea to volunteer to help set the table and chop vegetables and serve the meal and clear the table and help to wash up after dinner.

The kitchen was also the place where secrets were revealed. I’d be standing at the sink washing dishes with a girl’s mother, and casually she’d reveal some secret about her daughter. I’m not talking about big secrets, family secrets, but the little ones that tell you who somebody really is. “You know Cathy’s favorite place in the world?” her mother would say, taking a dish I handed her with a kitchen towel and drying it. “Out there at the lake where the creek runs into it, there’s a big flat rock just a around a bend, and she just loves to take a blanket and lie out there and listen to the creek running over a little waterfall right next to it.”

It didn’t take me long to realize that it was an even better idea to take the few kitchen skills I had and offer them up. I could cook a few things, but the mothers always set the menu and did the shopping and were cooking the meals I was invited over for, so what else was there? Well, having grown up in a house — actually, several dozen houses, we moved around so much — without a dishwasher, I was hell on dishes, so I always volunteered to wash up after meals.

When I was a boy of about 12, my grandfather announced that it was time my brother Frank and I learned to carve a turkey, a ham and a roast beef, and to do it right you needed sharp knives, so he taught us the art of sharpening knives on a whetstone.

I don’t think I was ever in a girlfriend’s kitchen that had sharp knives, so I bought a whetstone at the hardware store and kept it in the glove compartment of the car, and whenever I saw one of my girlfriends’ mothers having trouble cutting a tomato or chopping onions or celery, I’d volunteer to sharpen the knives. You want to talk about getting on the good side of a woman in her kitchen (and therefore, her daughter), sharpen her knives. The same was true later, when girls had their own apartments, and their knives were just as dull.

But what started out as a way to a girl’s heart morphed over time into something else. Kitchens were always the warmest room in the house in the winter, and in the summers they had open windows and usually there was a screen door and a breeze coming through, and then there were the smells!

It’s one thing to walk into a dining room from a den and see the places set nicely and plates of dinner on the table, and quite another altogether to have spent the last hour or two in the place where that meal came from. There’s one aroma that used to get my juices flowing and still does: a chicken or a turkey roasting in the oven, especially if it’s surrounded by some onions and carrots and potatoes and maybe a few stalks of celery. Man, there’s just nothing like it in the world! You want to  pull that smell over you like a blanket, it’s so comforting and warm and cozy.

That’s the word I was looking for. Kitchens are by their very nature cozy. I don’t care how big a kitchen is, or how it’s shaped — it could be a square around a central island, or a narrow railroad kitchen in a New York apartment, or a big thing open on one side to a so-called “great room” as so many modern kitchens are these days. The kitchen is cozy because everything is right there.

Which brings us to romance. You could be a single guy, living by yourself in a fifth floor walk-up on Avenue B; you could be in serious relationship and living with a girl in a balconied apartment in the French Quarter; you could be a married screenwriter with three kids living in a turreted Spanish house in the Hollywood hills; the truth is, I’ve been all three, and the most romantic room everywhere I’ve lived was the kitchen.

The fourth-floor loft I had on Houston Street had a kitchen that faced south, looking down Sullivan Street, and I remember standing at the stove at night looking out the window at the lights of lower Manhattan, and a few feet away my girlfriend and four or five of our friends sat at a candlelit table talking about politics, or the magazine business, or somebody we knew who just got a job at the Times, and I was stirring cream into a pan full of veal scallopini and shallots and mushrooms, getting ready to carry it to the table and serve it next to a mound of jasmine rice and fava beans, and man, that was romantic.

I remember the first kitchen my wife and I had in a little rental house in L.A. in the Hollywood hills. The window over the sink looked south, and in the distance you could see the lights of Hollywood, and right behind, there was a sunroom and through the back door you could see a cactus-covered canyon wall going straight up, and on top, a string of little hillside houses hanging from a narrow precipice off Beachwood Canyon, and over there against the wall, we had one of those Pac’n’Play folding cribs, and our first daughter, Lilly, would be in there bouncing up and down, bending her knees, hanging onto the top of the crib, watching us as we cooked up a pot of pasta, or wrapped flour tortillas around a mess of beans and rice to make homemade burritos, or pulled a casserole of roasted vegetables out of the oven, and man, that was romantic.

Last night I was over at Tracy’s, and we walked Ruby down to the edge of Accabonac harbor and watched the sun set over the water, then we went back to her studio and got out the sheet-pan and sprinkled it with some olive oil, spread some hot Italian sausages around, surrounded them with three quartered apples and two quartered red onions, and slid it into a 400-degree oven and went over to the sofa and sat down to watch Chris Matthews on Hardball and then a little of Chris Hayes, the place filling with the aroma of those roasting sausages and onions and apples, and Tracy set the timer on her phone and after about 30 minutes we turned everything over and stuck it back in the oven for another half hour, and Tracy set the table and lit the votive candles and set out new placemats and some olive-green kitchen towels we picked up at TJ Maxx to use as napkins, and we served up the sausages and onions and apples and blew off the news and switched over to a new show on Netflix, and with the candles flickering and some detective in a rural village in England trying to find a missing child, man was it romantic.

See, that’s the thing about kitchens. It helps if outside the window you have twinkling lights of big cities or gently ruffled waters of ocean bays, but it’s what’s inside that counts — the stove and the sink and a rack of sharp knives and drawers filled with lemon squeezers and garlic presses and shelves of plates and hanging racks of pots and pans and all of those heady aromas of roasting meats and burbling sauces . . . and each other.

You want to talk about romantic. Man.