Coalition of mayors goes to Washington to save federal programs

A group of mayors and city managers from across the country went to D.C. to defend federal programs 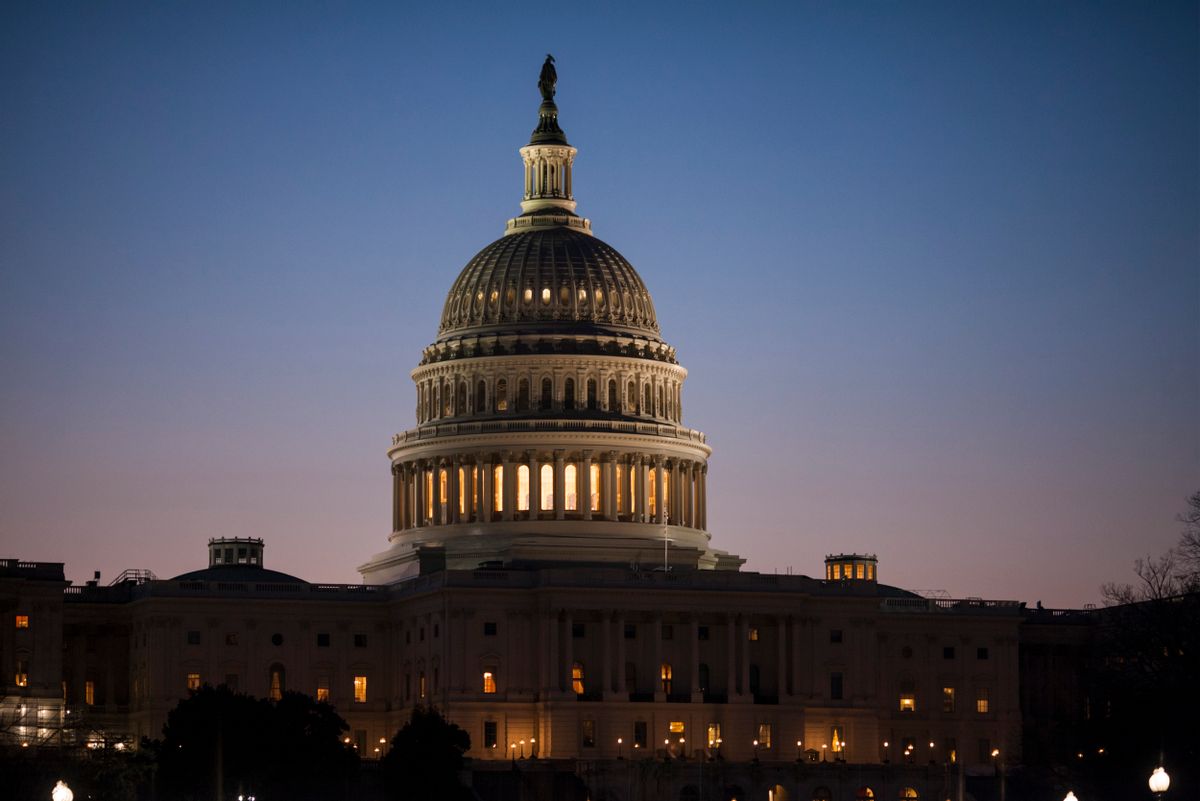 A group of mayors and city managers from across the country, including a sizable delegation from West Virginia and other Appalachian states, came to Washington, D.C. on April 24 to represent their rural communities and defend federal programs at risk for being rescinded from the Fiscal Year 2018 budget bill.

These officials, connected through the First & Main coalition, started their day by briefing House and Senate staffers on the importance of shielding and securing programs and funds that not only drive their local economies, but also solve some of their constituents’ most pressing issues. The prioritized programs were outlined in the coalition’s Blueprint, which the mayors delivered to their states’ representatives.

“We need and, quite frankly expect, the federal government to be there as a reliable partner working to help us build a thriving economy . . . We’re worried that Washington is not recognizing the importance of those federal programs and resources that are driving local revitalization,” mayor of Oxford, Miss., Robyn Tannehill said during the briefing. She added that talks of rescinding key portions of the bill and targeting domestic spending programs are happening now.

“Congressional appropriations subcommittees are putting together the spending plan now for the coming year. We need your support. We ask for your support in the budgeting, appropriations, tax and oversight process to make sure that these critical domestic programs . . . remain priorities,” she concluded.

Mayor Steve Williams of Huntington, W.Va. stressed the unique position of small towns and communities and their relationship with federal programs.

“One of the things we are able to do that larger cities aren’t able to do is that we are nimble. We’re small, we can respond quicker to the issues of today, we can identify sooner what works and for those things that aren’t working, we are able to correct more rapidly . . . Small to midsize communities are the innovation laboratories in our country.”

“We know what we need. We need partners who will show us how we can get there more quickly. . . . What we’re saying to you is simply ‘don’t forget the local needs.’ Don’t ignore the local programs that have been working,” Williams said in his parting words to Hill staffers.

The House and Senate were fairly well represented during the briefing, and both followed up with questions afterward. It would appear that on this issue, the coalition has reached a basic level of bipartisanship.

The West Virginia delegation consisted of eight mayors and city managers, representing a cross section of the state’s communities — from smaller ones like Charles Town (pop. just more than 5,000), represented by Mayor Scott Rogers to major ones like Huntington (pop. almost 50,000), run by Mayor Steve Williams. Also present were Mayor of Wheeling, Glenn Elliott, Mayor of Ranson, Duke Pierson and Mayor of Weirton, Harold “Bubba” Miller.

Not everyone got to brief from the podium, but those who did touched upon a host of issues. The mayors highlighted programs from Environmental Protection Agency (EPA), Housing and Urban Development (HUD) and Economic Development Administration (EDA).

Both mayors Robyn Tannehill and Robert Reichert, from Macon-Bibb, Ga., made a special note of the National Endowment for the Arts (NEA), listing a number of investments and initiatives that benefited their towns and would not be possible without continued patronage.

“(The Local Arts Center’s) success would not be possible without the grant from the National Endowment for the Arts . . . It allowed us to provide an affordable venue for artists, making it possible for them to thrive in our downtown area,” Tannehill said of the NEA grant that helped fund a project that saved local Oxford artists from being priced out of their own downtown area, a phenomenon she characterized as “falling a victim to our own success,” an unwanted side effect of their growing and booming town.

Mayor Reichert called the budget cuts “penny-wise and pound-foolish.” He warned that the savings the federal government could find by cutting essential programs for the rural communities would fail to fix the budget deficit, but would surely thwart their progress.

He provided a very similar list of agencies and programs and agencies that benefit his community, ranging from the EPA, EDA, USDA and HUD, all the way to the Appalachian Regional Commission (ARC), Rural Development program, Appalachian Community Renewal, Manufacturing Extension Partnership, National Park Service and, again, the National Endowment for the Arts, which he characterized as the "boogeyman" of the current administration.

West Virginia mayors had a series of meetings arranged to follow the briefing.

There was a certain sense of camaraderie between the group throughout the day and at lunch. The general consensus seemed to be that the current Administration targets almost every program that is relevant to the very places that were responsible in electing President Trump.

“It’s not like they are doing anything they didn’t say they would do. But they’re misguided,” one mayor said at lunch. “They are highly misguided.”

The officials took off for the Executive Building to meet with representatives from the White House Office of Public Liaison, Intergovernmental Affairs and Domestic Policy Council. After that, it was time for meetings with their senators, Democrat Joe Manchin and Republican Shelley Moore Capito.

Although the meetings were off limits to me, after the mayors left Sen. Manchin’s office, he stepped out and spoke with me me briefly.

I asked the Senator if he would support the First & Main agenda and their bipartisan effort to secure federal programs that help their communities, and if he’s committed to defending those programs. He said yes, he would fight to push back against the efforts to rescind them. He also offered his explanation of what put the funding in danger in the first place.

“We had a fast track, irresponsible tax cut bill that went through and destroyed all the programs, and (the budget cuts are) going to continue. Their main concern was giving tax cuts to the wealthiest people in America and the wealthiest corporations ... I wanted to do the tax overhaul, and tax cuts were needed, but not at the expense of every little city and every little town and every little community getting devastated.”

I asked Sen. Manchin about the Rural Infrastructure Initiative that the White House presented in mid-February, and his reaction was almost immediate: “We’re not seeing any money put into it” He quickly followed by saying that the projected amount of dollars needed went down to $200 billion because of the $1.5 trillion of additional debt resulting from the tax bill passed in December.

Mayor Williams responded by email a few days later and expressed his satisfaction,  "In short, we got the 'West Virginia treatment' - respect, familiarity, and encouragement."

But the true test of the coalition’s effectiveness will be reflected by votes of support in Congress.