Blankenship’s defeat is part of a hopeful trend 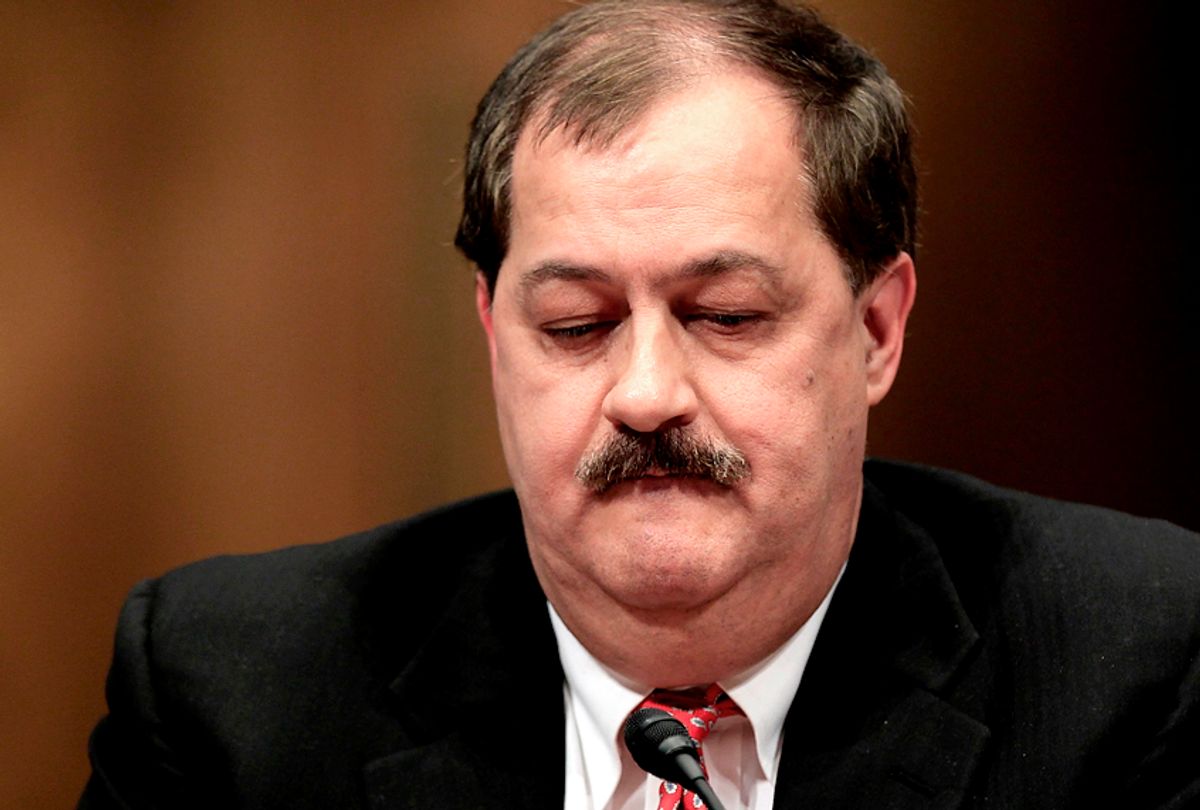 There’s a saying in journalism: “Three of anything makes a trend.”

I’m hoping that perhaps two things make a trend — this one a trend back to legitimacy for American political conservatives. American conservatism has been under attack since President Trump hijacked the Republican Party in 2016 and replaced many of its conservative ideals — American global leadership, fiscal prudence, free trade — with cheap populism. Since then, too many Republicans have joined in lockstep behind the president, and it has looked like the Party of Abraham Lincoln was destined to become the Party of Huey Long.

But two important events now give me hope that the march is not irreversible.

The first was the defeat of Roy Moore in the Alabama Senate race. It’s no great day for conservatives when a Democrat wins — in this case, Doug Jones — but by almost any estimation Jones was the superior candidate over the fatally flawed Moore. Moore indeed was a terrible candidate even before the multiple allegations of sexual misconduct come to light.

In Washington D.C., in the days running up to December 2017 election, when Moore was slightly ahead in polls, Republican lawmakers were shuddering at the thought of even having to pose in a photograph on Capitol Hill with Moore, if he were elected. Several said privately that they would never caucus with him. He would be a pariah and, as such, an ineffective representative for the citizens of Alabama.

Yet, as one veteran Alabama-watcher told me, “The people of Alabama would sooner elect a crazy person than a Democrat,” so entrenched was the GOP hold on Alabama voters.

Yet, Alabama voters did the right thing. Many had to swallow hard to vote for Jones, who supports abortion. Yet he clearly, overall, was the better choice.

The second event happened Tuesday in West Virginia’s Republican primary, where three candidates vied for the chance to unseat incumbent Democrat Sen. Joe Manchin. There were two normal-human Republicans — state Attorney General Patrick Morrisey and Rep. Evan Jenkins, who represents southern West Virginia in the House of Representatives — and then there was Don Blankenship.

Morrisey became the state’s first Republican attorney general since 1933 when he defeated Darrell McGraw in 2012. As AG, Morrisey became nationally known for a string of lawsuits challenging Obama administration environmental policies as too strict. He is anti-abortion, received an “A+” rating from the National Rifle Association, defended the right of states to prohibit “sanctuary cities” protecting undocumented immigrants and backed the nomination of conservative Supreme Court jurist Neil Gorsuch. He checks a lot of the Republican boxes while avoiding most of the party’s most extreme backwaters.

Jenkins is a conservative who focuses on traditional Republican issues — defense and national security, the economy, fighting abortion — as well as issues that matter to the state that sent him to Washington, such as coal and the opioid epidemic. Like Gov. Jim Justice, Jenkins switched from the Democratic party, saying West Virginia was “under attack from Barack Obama.” So, an outspoken Republican, but not a wingnut.

Both are men that fellow Republicans on the Hill, and maybe even some Democrats, could do business with. Both understand and believe in policy and process, and in the function of government.

Blankenship didn’t have Moore’s most unsavory traits, but he had plenty of his own. Aside from his deadly record as a coal operator (the 2010 Upper Big Branch Mine explosion that left 29 miners dead) and his slanderous, racist campaign video, he’s not someone who’s expressed a willingness or aptitude for working with others in a collaborative effort, in this case, government, to effect change. He seemed to think that simply running as someone who is “Trumpier than Trump” in a state that voted 69 percent for President Trump in 2016 would be effective.

Even during last year’s presidential campaign, when a Trump presidency was only the fever dream of Steve Bannon and the rest of the alt-right, I told someone: “The worst thing about Trump is not Trump himself. The worst thing about him is that he gives license for some of us to give in to our worst natures.” Where great leaders have inspired people upward from their naturally base condition, Trump legitimizes, reinforces and even celebrates it.

Worst, Trump’s success has spawned imitators. It has emboldened vile characters such as Moore and Blankenship to seek the spotlight where in the past the shame of their actions would have censured them from public life.

Candidates such as Trump, Moore and Blankenship not only soil modern American conservatism, they seek to derail it from the principles of its founders — Barry Goldwater, Irving Kristol, Russell Kirk, William F. Buckley Jr., Milton Friedman, Ronald Reagan; even John Locke and Edmund Burke. They seek to replace fiscal conservatism, small government, individual liberty and social modesty with anger, ugliness, tribalism and nihilism.

There is a special cynicism to the candidacies of men such as Moore and Blankenship, who probably believed their fellow Southerners would buy the awfulness and empty rage they were selling.

But they didn’t. Both candidates were defeated. I am hopeful these two defeats are the start of a trend — that conservative American voters will now look at candidates such as them and say, “that’s too far.” One of America’s greatest traits is its ability to self-correct. I hope we still have it.

Frank Ahrens, a West Virginia native and WVU graduate, is a public relations executive in Washington D.C. He was a Washington Post journalist for 18 years and is the author of “Seoul Man: A Memoir of Cars, Culture, Crisis, and Unexpected Hilarity Inside a Korean Corporate Titan.” Contact him at www.frankahrens.com.