Team Trump plans to go on "war footing" to fend off impeachment: It could backfire big time

Trump's "witch hunt" counterattack is working — with his base. It also might strengthen the coming blue wave 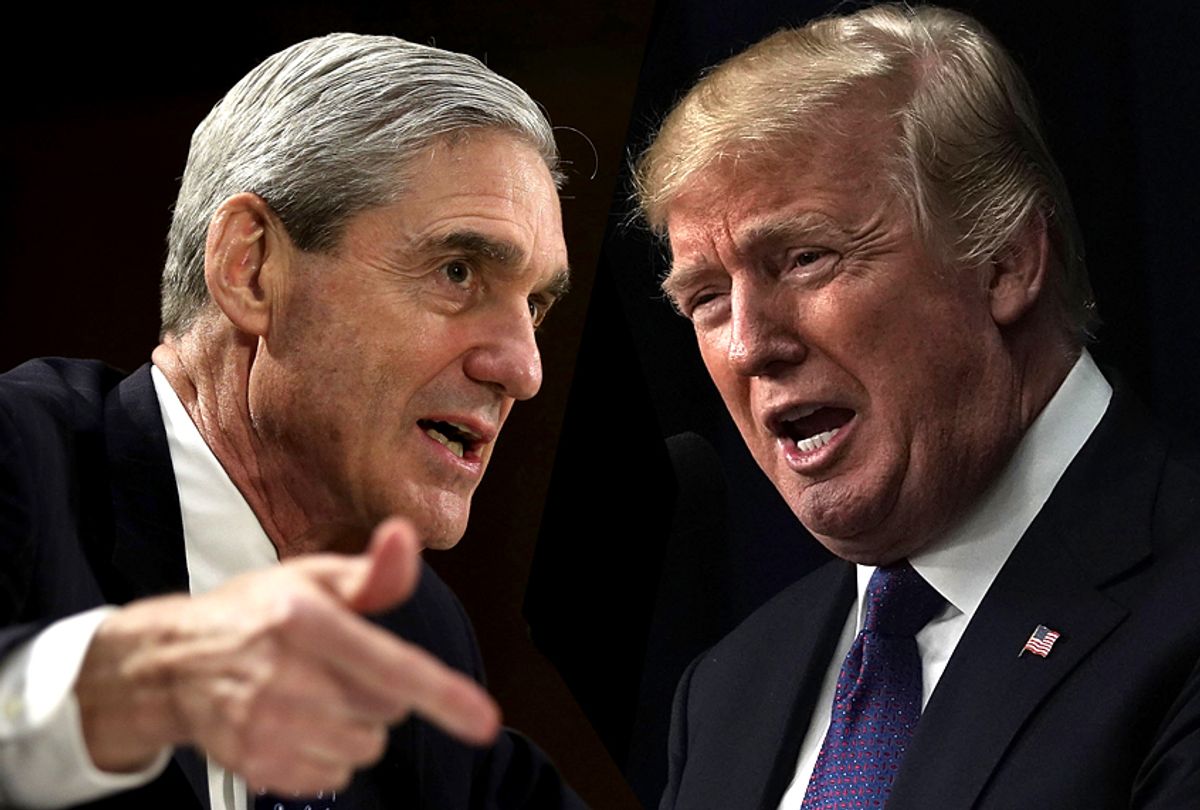 Rudy did it again. Last Friday, Giuliani gave an interview to the Huffington Post, and the subject of Trump fixer Michael Cohen's recently revealed arrangement with AT&T about the pending merger with Time Warner came up. In his usual thoughtless, arrogant fashion Giuliani explained that AT&T didn't get anything for their money because "the president denied the merger."

The president is not supposed to interfere in such decisions, and the White House has repeatedly denied that he did. But ever since the Department of Justice unexpectedly moved to block the merger, unless (among other things) the company agreed to spin off CNN, Donald Trump's nemesis, it had seemed likely Trump was behind the move. He had said on the campaign trail that he was opposed to the merger, but blocking it was considered an unusual decision by a Republican DOJ, and the stated rationale seemed thin. Considering Trump's repeated threats to take the Justice Department in hand and muzzle the press, it's not surprising people would wonder about all this.

The resulting lawsuit has been in court for some time, and the judge has not allowed AT&T's attorneys to pursue this line of inquiry, so the suspicions quieted down until Giuliani stuck his foot in it again. He later walked it back, of course, telling CNN's Dana Bash that the president had nothing to do with the decision after all. But it was yet another example of Giuliani creating more problems than he solves.

Not that he's shutting up, mind you. In fact, he telegraphed the Trump team's plans to "make a little fuss" this coming week over the length of the Mueller investigation as it approaches the one-year mark. They had already trotted out the talking point last week when Vice President Mike Pence sat down for an interview with Andrea Mitchell and put on his patented pained expression and sanctimoniously declared it was time to wrap it up, reminding everyone of another sanctimonious phony who served as veep and later president:

Shameless as they are, or perhaps just historically illiterate, even after that embarrassing allusion, Trump and his henchmen are apparently going with this new P.R. push to try to force Mueller to close up shop. After all, he's only indicted or gotten guilty pleas from 19 people. If the man can't finish an investigation that runs from New York to Moscow into a possible criminal conspiracy to upend American democracy in a year, there's obviously nothing there.

According to The Washington Post, the administration is going on a "war footing" or, as Giuliani put it, “We’ve gone from defense to offense.” What that evidently means is a new push in the campaign of character assassination against Mueller himself. Trump's angry denunciations of the FBI, the DOJ and the special counsel have already had an effect.

According to a new Economist/YouGov poll, 75 percent of Republicans now agree that the Mueller investigation is a "witch hunt." Only 13 percent of the GOP believe it's legitimate. An alarming 61 percent of Republicans and 25 percent of independents believe the FBI is framing Donald Trump. Only 17 percent of GOP voters disagree with that. This is a testament to the efficacy of Trump's constant repetition on Twitter and television of mantras like "Witch hunt!" and "No collusion." Those have had their effect, particularly as they are echoed by Fox News and talk radio:

The president of the United States has managed to convince tens of millions of Republicans that he's being set up by his own Justice Department. That would seem to run counter to everything they have previously believed -- until you realize that his victimization at the hands of Big Government fits neatly into the well-worn grooves of the conservative movement's narrative about itself. Nobody knows the troubles they've seen.

Only 34 percent of Republicans believe that Trump should fire Mueller, while another 34 percent say he shouldn't, with the rest unsure. It's not exactly a ringing endorsement, but it suggests that Trump still has some work to do if he's planning to take steps to end the investigation.

It has become an article of faith among the political class that the country doesn't care about any of this and that Trump and his problems are just a fetish inside the Beltway and among the political media. Speaker Paul Ryan spoke to a group in Wisconsin over the weekend and insisted that nobody cares about the Trump scandals:

This refrain is picking up speed on both sides of the aisle as the midterms approach. You would think that would motivate the White House and people around President Trump to try to calm the waters and tout their alleged accomplishments, rather than going on a war footing over the Russia investigation. After all they seem to have convinced their base that the whole thing is a hoax. But The Washington Post quoted former Trump legal adviser Mark Corallo saying, “I don’t see any downside at this point for the president and his team to make a full-throated public defense of their situation. There are very few outside the Beltway who are in the we-need-to-prosecute-and-impeach-this-guy camp.”

That sounds like wishful thinking. If the turnout in special elections over the past few months is any indication, Trump "fighting back" does have a galvanizing effect -- on the Democrats. In this polarized political world, for every member of the base he thrills with his tweeted war cries, there's a member of the Democratic base having exactly the opposite reaction. Trump's new "war footing" will likely raise their already high enthusiasm for winning back the Congress.

Donald Trump has an instinct for what his voters want to hear from him, and he knows how to deliver it the way they want it. His weakness is that he thinks everyone else agrees with him and it's just that the system is rigged and the media is dishonest. He believes the whole country, not just his base, deep down loves him. That's a very big blind spot.