When will society wake up and realize that a woman in the workforce can accomplish anything that a man can? 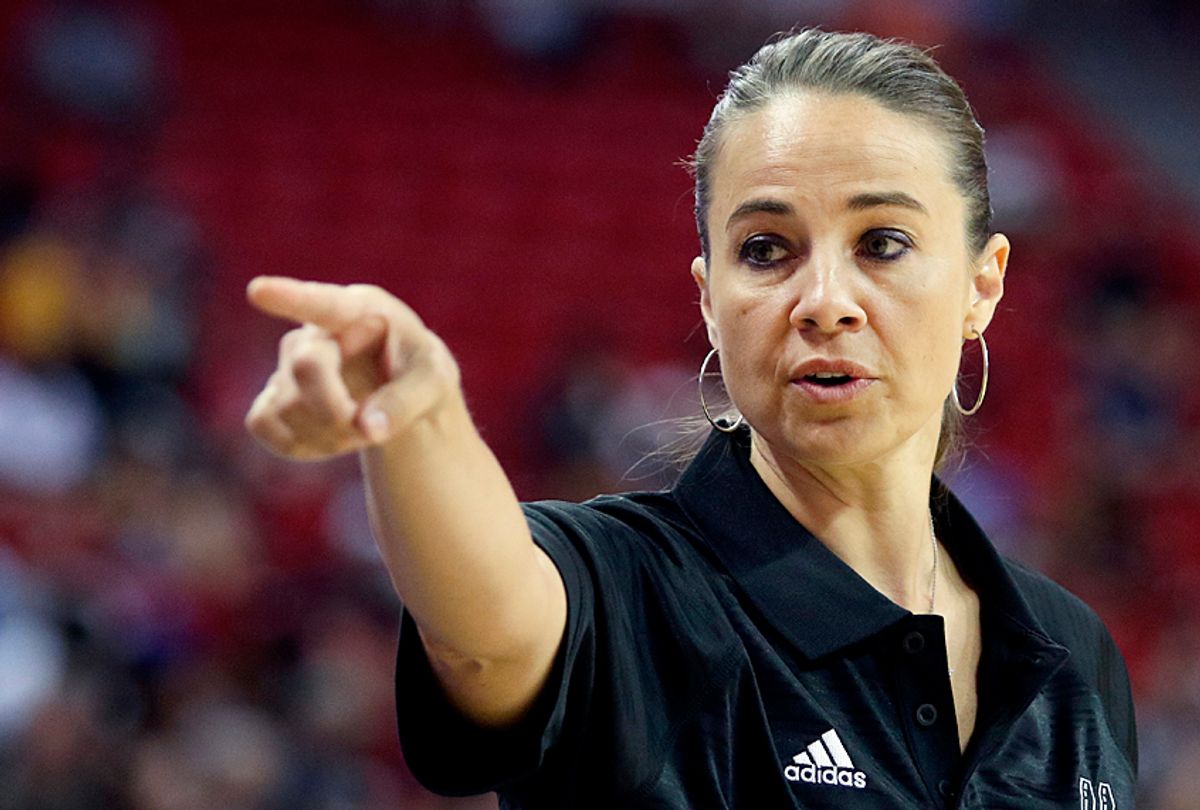 What if I told you that some solid NBA teams are in need of new head coaches? They are contenders; however, they just need a leader who can put all of the moving pieces together. There are a few great candidates out there for the positions, but I’d like to focus on one.

Sounds amazing, right? Wouldn’t you want this person in the running to lead your favorite team? There’s one thing I forgot to mention­: the candidate I presented is a woman. And even though it's 2018, that's apparently still an issue.

Rebecca “Becky” Hammon has already made NBA history as the first woman hired as a full assistant coach, and now she’ll be the first to land a job interview for an NBA team head coach position, as the Milwaukee Bucks seek to fill their top spot. But will she get a fair shake, or will the boys' club do their usual to push the basic norm­­: only considering men for top jobs?

My stomach turned as I sat in a bar the other day watching the Cavs game and heard Hammon's name come up. Two blue-collar-dressed dudes were talking to each other about how a woman in a head coach job would ruin the NBA. As if women ruined law, medicine, journalism, professional sports and everything else they excel in?

I wondered what those guys did for a living, and if they were even the best at their jobs. Are those dudes good enough at their professions to pass judgment on Hammon, a women who clearly mastered hers and has been rewarded for her achievements on numerous occasions? I wondered if those dudes had trophies and plaques with gold-plated hammers sealed to them awarded on the basis of the advancements they'd made in their fields. Probably not.

When will society wake up and realize that a woman in the workforce can accomplish anything that a man can? It is 2018, right?

"It's going to take somebody who has some guts, some imagination, and is not driven by old standards and old forms," Hammon’s boss Greg Popovich, whom basketball fans swear by, told The New York Daily News. "If somebody is smart, it's actually a pretty good marketing deal — but it's not about that. It's got to be that she's competent, that she's ready."

And if that is not enough, Pau Gasol, a player of Hammon’s, wrote a passionate letter in The Player Tribune about her abilities and  special skill set that will serve her well as a head coach:

So when I see arguments — or even jokes — that we shouldn’t have female head coaches in the NBA because of “locker room” situations or whatever … I guess it just reminds me that, for as much progress as we’ve made as a league over these last few years … we still have a ways to go. Because let’s be real: There are pushes now for increased gender diversity in the workplace of pretty much every industry in the world. It’s what’s expected. More importantly — it’s what’s right. And yet the NBA should get a pass because some fans are willing to take it easy on us … because we’re “sports”?

I really hope not.

That’s a Hall of Fame coach and an NBA All-Star, both vouching for Hammon, who is also a Hall of Famer and an All-Star. Here's hoping the NBA wakes up and sees Hammon as a strong candidate for the job — not strong for a woman — and decides it's time to make history. We saw what happened when America decided to not make history in November 2017.

Meet the NBA's most political player