Gordon Hartogensis has no government or public service experience, nor a background in labor/employee benefits 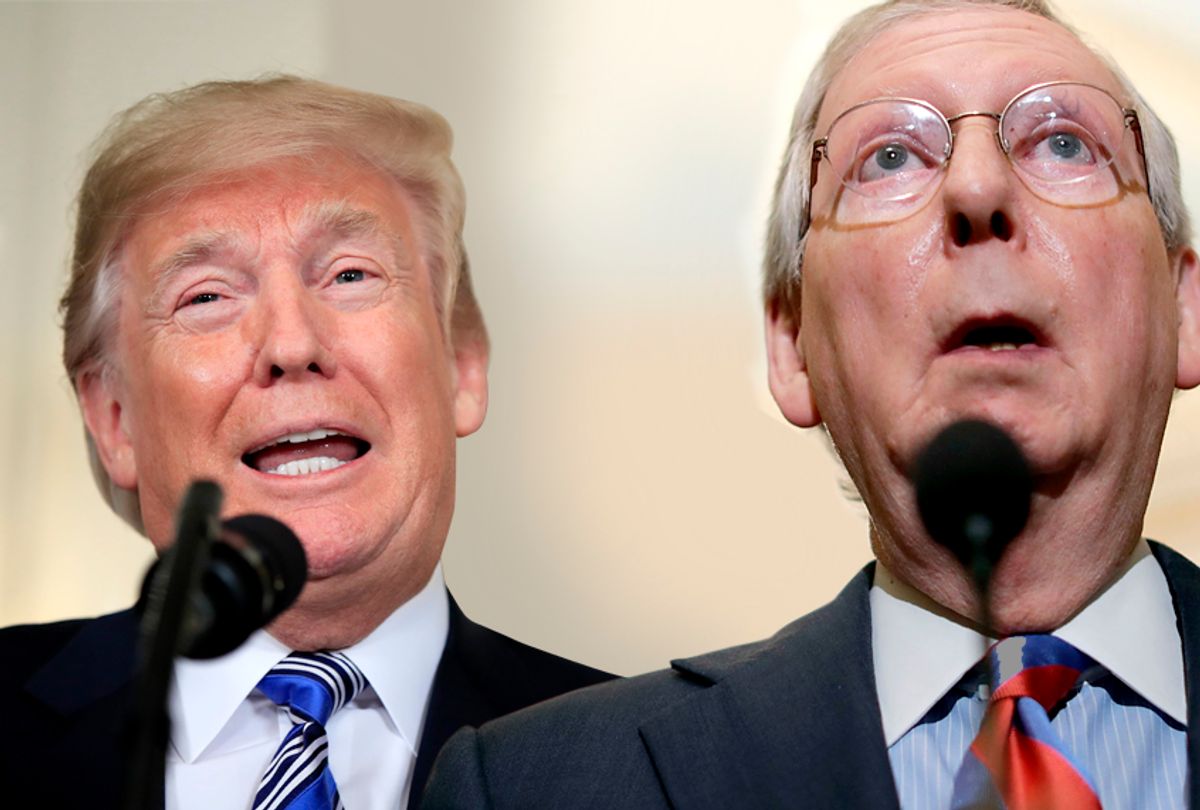 The government agency Hartogensis is slated to lead "protects the retirement incomes of nearly 40 million American workers in nearly 24,000 private-sector defined benefit pension plans," according to its website. The Pension Benefit Guaranty Corp. collects insurance premiums from employers who sponsor pension plans and takes the payments over when companies cannot pay the promised benefits. If confirmed by the Senate, Hartogensis would replace a Barack Obama administration employee, W. Thomas Reeder Jr., who has held the position since 2015.

Some Trump supporters are in favor of Washington outsiders entering politics, like the president — a message Trump honed during his campaign, with promises to "drain the swamp" of Washington of its politically connected insiders. But Hartogensis' family ties, combined with his inexperience, raises questions about the standards of the nomination.

"The White House’s process for naming and vetting candidates is flawed," Scott Amey, the general counsel for the Washington-based Project on Government Oversight, told the Washington Post. "This seems to be another example of who you know rather than what you know."

Amey added that Hartogensis' nomination is a "pattern for this administration that raises red flags about how seriously they’re taking the daily operation of the government."

The White House countered that Hartogensis' background as an investment manager makes him an ideal pick and they feel confident that he will rectify the agency's mounting deficit, a number that has doubled in the last five years. A statement from the White House announcing his nomination was succinct: "Hartogensis is an investor and technology sector leader with experience managing financial equities, bonds, private placements, and software development."

The Post reported that Hartogensis' LinkedIn page shows his current employment is managing his family's trust. There seems to be no evidence that the former investment manager has government or public service experience, or a background that corresponds to the agency's purpose, which is to preserve retirement security and protect the pensions of millions of workers and retirees.

Prior to the current director's appointment, Reeder was a partner in the national employee benefits practice group and then worked for three administrations in the office of Benefits Tax Counsel in the Department of the Treasury. Reeder also joined the staff of the Senate Finance Committee and served as point in several legislative initiatives regarding employee benefits, according to the Pension Benefit Guaranty Corporation website.

For Hartogensis, his past experience falls primarily in the technology industry. Though his task, if confirmed, would be to direct "the agency as it struggles with a number of crises, particularly one caused by the growing number of multi-employer plans that are severely underfunded and projected to become insolvent," the Post reported. The agency faces a multi-billion dollar deficit for both multi-employer pensions and single-employer plans.

"We will continue to work with the Administration, Congress, and the Multiemployer Plan community to create solutions so that PBGC’s guarantee is one that workers and retirees can count on in the future," Reeder said when the fiscal report published. "The longer the delay in making the changes needed to improve the solvency of the Multiemployer Program, the more disruptive and costly they will be for participants, plans and employers."