"He’s not going to do that,” Giuliani said of the president. "That’s obviously just a metaphor." 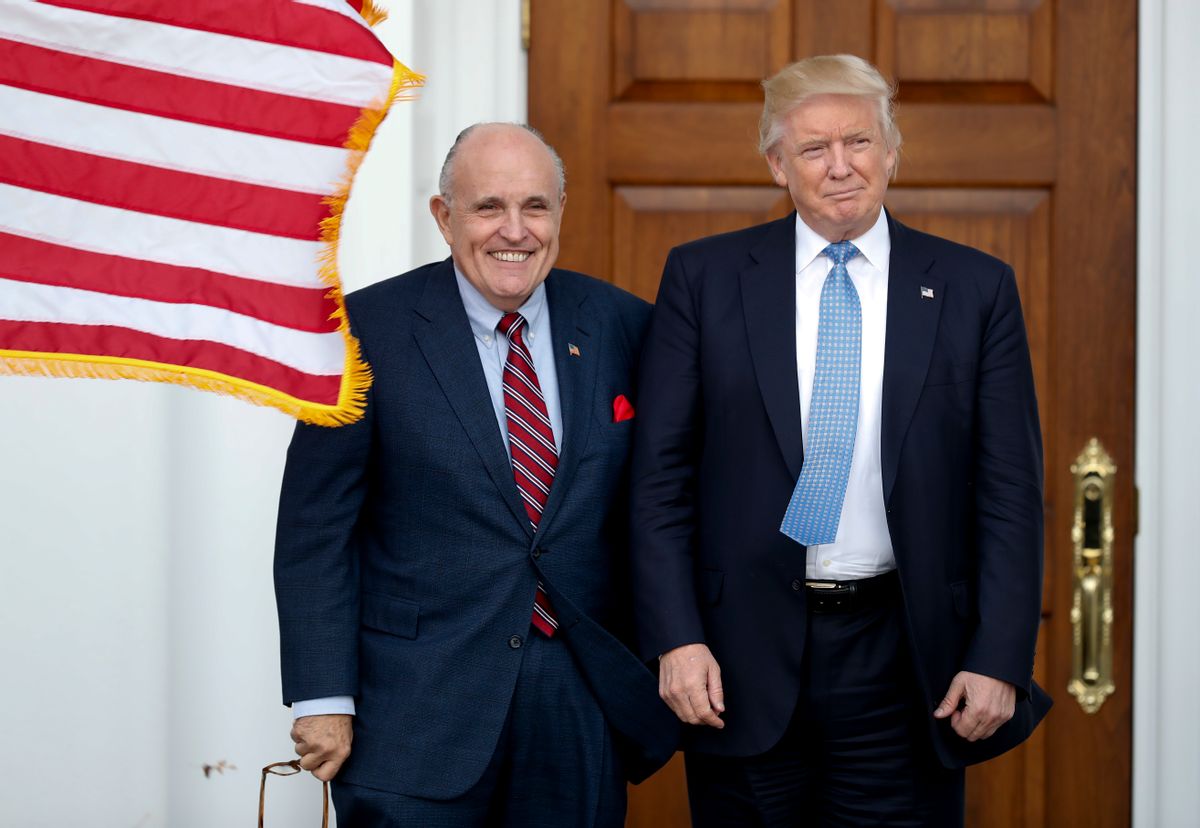 Trump attorney Rudy Giuliani on Thursday told a TMZ reporter who had tracked him down at an airport that there is nothing President Donald Trump could do that would result in him getting indicted — not even shooting someone.

The reporter approached Giuliani and reminded him of Trump’s 2016 declaration that he could shoot someone on 5th Avenue in New York and not lose any voters — and he asked Giuliani if the same logic applied to Trump getting indicted.

“He’s not going to do that, that’s obviously just a metaphor,” Giuliani said of Trump committing either murder or attempted murder.

Giuliani then explained his legal theory for why Trump would not be indicted even if he did shoot someone.

“In order to indict a president, first you have to impeach him,” he said. “Then when he’s out of office, then he can be indicted for anything anybody else can.”

The reporter then asked him if this meant Trump was above the law — and Giuliani replied that it didn’t. Rather, he said, it just meant Trump would have to be impeached before being held legally accountable.

“The law in this case is impeachment,” he said.