Republicans think this news is proof Trump was spied on, while Dems argue the name shouldn't have been disclosed 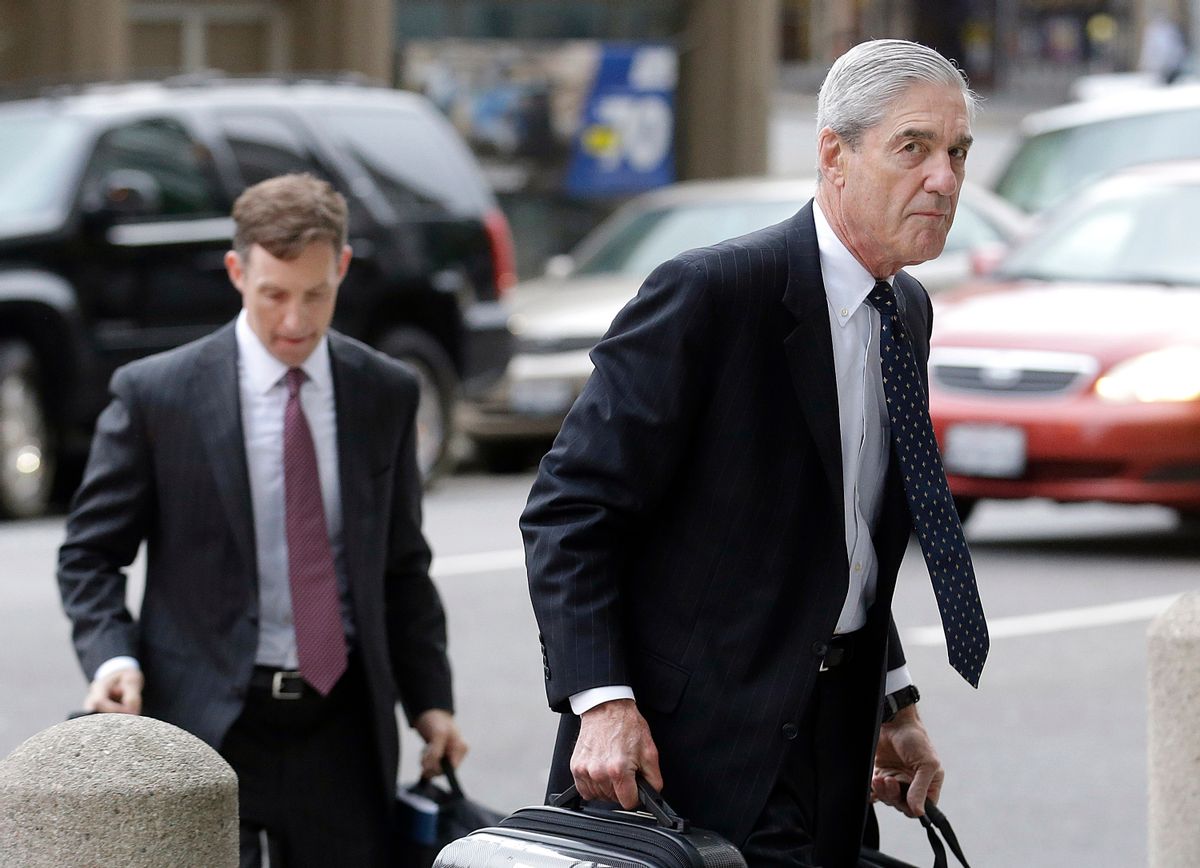 For weeks, congressional Republicans tried to procure sensitive information relating to a source involved with the Trump campaign, which culminated in a standoff between Rep. Devin Nunes and the Department of Justice. On Friday, reports suggested that a Cambridge professor with "ties" to the CIA was the root of the controversy.

The Daily Caller reported Friday that Stefan Halper, a Cambridge professor who served in the Nixon, Ford and Reagan administrations, was the informant who sought information about the hacked emails damaging to Hillary Clinton. During the campaign, Halper reached out to two campaign associates who have now become targets of special counsel Robert Mueller's investigation.

Halper contacted George Papadopoulos in September under the guise of a business opportunity. The academic flew Papadopoulos out to London for the purpose of discussing a potential policy paper on energy issues in Turkey and Cyprus, however, much of their talks ended up focusing on Russia's alleged involvement in the hacked emails. According to the New York Times, Halper asked Papadopoulos over drinks what he knew about Russia's participation. Papadopoulos insisted he did not have any personal knowledge of this, but did say that, months earlier, he had heard that Russians had damaging information on Hillary Clinton in the form of thousands of her emails.

Halper also met repeatedly with Carter Page in the run up to the election. Their communications continued through 2017. Page told the Times that their interactions were mostly benign, but they were significant in that their last exchange in September 2017 was about a month before a secret warrant to surveil Page expired.

This news of Halper's covert acts has shaken political punditry. Right-leaning media members have argued that Halper was a spy, meaning the U.S. government had run an intelligence campaign on a presidential candidate. Even the name of the New York Times' article, "F.B.I Used Informant to Investigate Russia Ties to Campaign, Not to Spy, as Trump Claims," has stirred the controversy.

Note how the Times asserts something as fact here that it cannot know is a fact pic.twitter.com/6J7aI8bQWn

They said we didn’t spy on campaign. When we pointed to CarterPage, they said he was out of campaign then (tho warrant allowed seizure of past campaign comms). Now, it’s undeniable they spied on campaign, so they say it was for campaign’s own good.

Trump opponents, on the other hand, believe any efforts to gain information about collusion was appropriate, if not necessary, and that the real scandal here is that Republicans outed an agent who was trying to aid the U.S.

I have a whole lot to say about how the chairman of the House Intelligence Committee and the President of the United States teamed up to out an intelligence source who aided our country in a properly predicated counterintelligence investigation against a hostile foreign power. — Benjamin Wittes (@benjaminwittes) May 19, 2018

“Trump’s campaign was under investigation for consorting with spies but because he’s a Republican, the FBI should have done literally nothing about it” is a pathetic take, but it is the consensus take of the movement right. https://t.co/OCTFQB46m7

It should be noted that the Daily Caller made the editorial decision to name Halper in its exclusive story. The New York Times arrived at the opposite conclusion, choosing instead to conceal the informant's name, yet provide notable details.

Strange decision by the Times to not name the source while also offering enough details to clearly identify the source. https://t.co/rsAyeSeTLS

Daily Caller reporter Chuck Ross has not revealed who his sources were in regards to Halper's involvement, but has insinuated that the New York Times did not receive its tips from a Trump ally.

After all that yammering from DOJ and Democrats, someone who is almost certainly not a Republican leaked this confirmation to NYT. https://t.co/Ak6DaSMR0n

Much of the debate is about the semantics of the word "spy" and whether the traditional definition of the word is proper in the context of Papadopoulos and Page. Conservatives seem to be unreasonably suspicious of the FBI and America's intelligence community here, considering these agencies were probing foreign efforts to swing the presidential election. President Donald Trump, meanwhile, has poured gasoline on the apprehension, tweeting late Friday, “Apparently the DOJ put a Spy in the Trump Campaign. This has never been done before and by any means necessary, they are out to frame Donald Trump for crimes he didn’t commit.”

One thing is for sure: Halper's counter-intelligence operation was nowhere near as devious or unethical as Trump's original claim that former President Barack Obama had wiretapped Trump Tower. Liberals defended Obama at the time by maintaining that he would never have ordered his intelligence community to spy on a political opponent. Now conservatives are pointing to Halper as de facto proof that the Obama administration had orchestrated some convoluted, covert scheme against Trump.

The reporting from the Times has shown that Halper was not a secret agent or a mole, as Trump would like the American people to believe. Halper simply sought out certain campaign officials and asked them questions about Russia, hardly the espionage campaign Nunes thought was being concealed by the Department of Justice weeks ago.