“Such rocks could potentially transfer life between planetary systems,” an astronomy professor explained 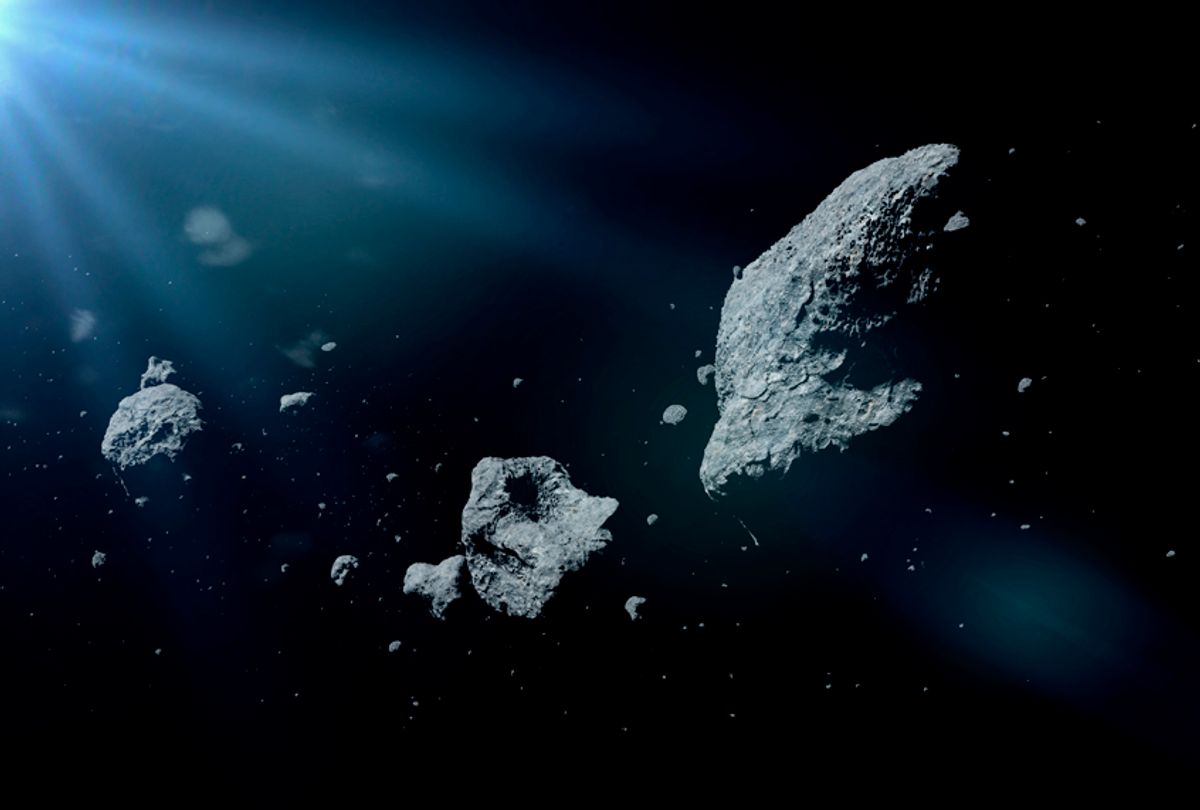 “Are we alone in the universe?” is one of humanity’s most pressing questions. When news surfaced in October 2017 that the first (or so we thought) interstellar object, Oumuamua, had zoomed rapidly in and out of our solar system, the unusual properties of the object — along with the fact that nothing like it had been observed by astronomers before — prompted some to speculate that Oumuamua could be more than a mere asteroid from another solar system. After measuring it for radio wave emissions, it appeared to be just a weird rock: Oumuamua was an interstellar asteroid, the first of its kind, but it probably wasn't a spacecraft from an E.T.

Now it turns out Oumuamua may be less unusual than we gave it credit for. According to a new study published on Monday, our solar system may be full of interstellar debris, formed from outside our solar system. Now astronomers are salivating at the chance to study one of these newfound interstellar captures, dubbed BZ509, to learn more about our galaxy and even probe it for hints of life.

The groundbreaking report was published in "Monthly Notices of the Royal Astronomical Society: Letters" on Monday. In it, authors Fathi Namouni and Helena Morais explain how BZ509 was first discovered in 2014, when it piqued scientists' curiosity due to its strange orbit. Because everything in the solar system forms from the same rotating nebula, pretty much all moons and planets orbit and rotate in the same direction and in the same plane; things that don't are generally either the result of some catastrophically violent collision — or, just maybe, aren't from here.

Despite being in orbital resonance with Jupiter, BZ509 did not move in the same direction as the gas giant. BZ509 moved in the opposite direction, yet managed to avoid colliding with Jupiter because of its orbit's elliptical nature. Researchers recently discerned that the only way BZ509 could end up in such a bizarre orbit is if it originated from a different solar system.

“[At] the beginning of this investigation, we did not suspect BZ to be of interstellar origin,” Dr. Namouni told the Times. “We developed a new method that allows us to follow the asteroid back in time to see which part of the solar system it came from.”

The new method led researchers to conclude it was an “extra-solar” immigrant.

“After the discovery of Oumuamua, we wrote a paper with my postdoc, Manasvi Lingam, that predicted theoretically the existence of a population of extrasolar rocks which were trapped by the Jupiter-Sun system,” he explained. “This object BZ509 may be the first member of our predicted population.”

Loeb is also an advisor at Breakthrough Listen, a global astronomical program searching for evidence of civilizations beyond Earth. The company used the Robert C. Byrd Green Bank Telescope in December to listen for radio signals being emitted by Oumuamua.

Loeb hinted that BZ509 could be another opportunity to study the conditions in other planetary systems without having to pay them a visit.

“It is much easier to design a mission that will probe a captured asteroid within our solar system than to send a spacecraft to another star in a journey which would take at least a hundred thousand years with existing rocket technology,” he said. "In particular, we can send a spacecraft that will examine BZ509 for signs of life.”

“Such rocks could potentially transfer life between planetary systems in a process called ‘panspermia’” he added. “It is possible that life on Earth originated elsewhere and was delivered by an alien asteroid that crashed on Earth.”

Such an expedition requires a lot of advanced planning, so we should not expect to see one any time in the next few years. Still, the possibility that our solar system is full of these interstellar rocks means that humans can explore distant solar systems without ever leaving our own.