Ireland’s abortion referendum — here’s what you need to know 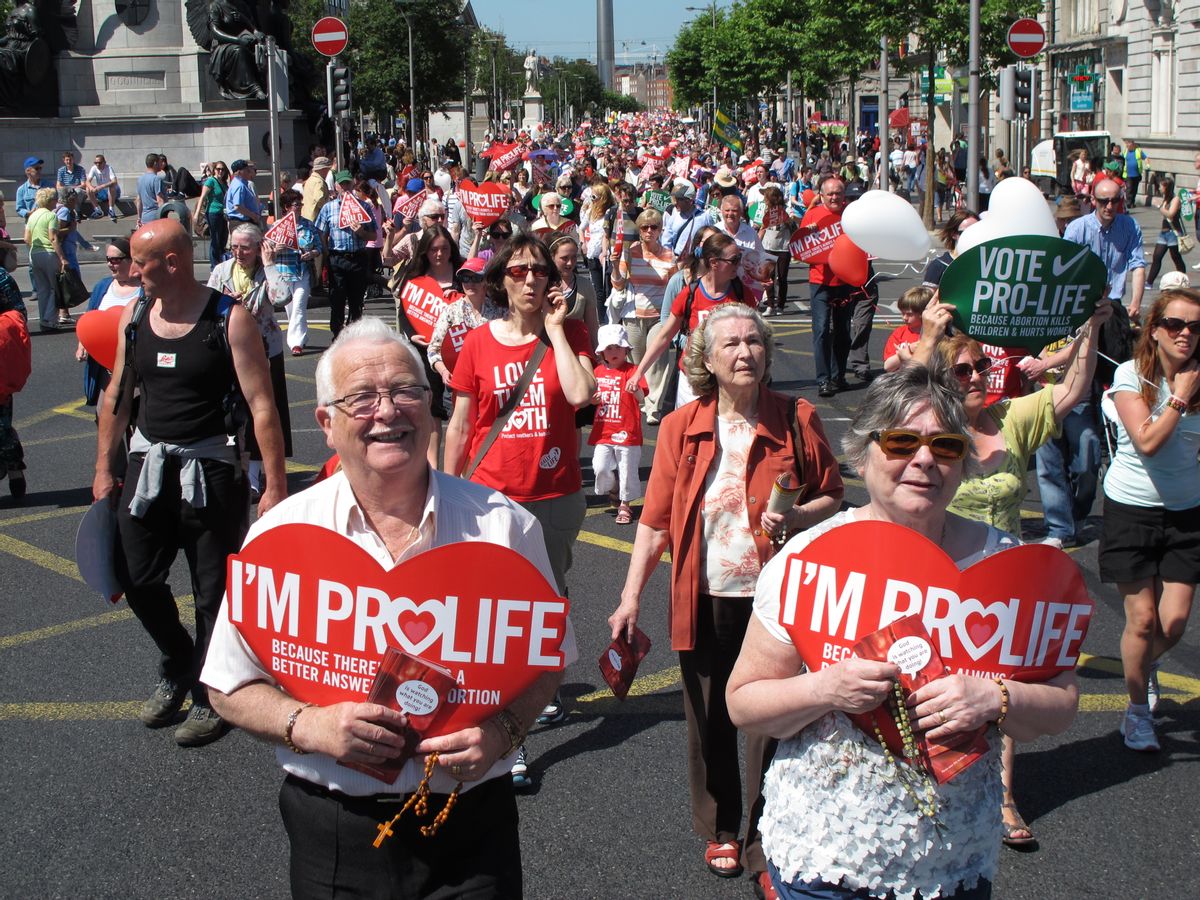 The Republic of Ireland is holding a referendum on May 25 that could dramatically change its stance on abortion. Here’s a rundown of what is happening, when and why.

What is Ireland voting on?

The referendum is about taking action that would result in the repeal of article 40.3.3 of the Irish Constitution (commonly referred to as the 8th amendment), allowing the Irish government to change the law on abortion, which is currently illegal unless a woman’s life is at substantial risk. Voting yes would repeal the amendment, while voting no would keep it in place.

What is the 8th amendment?

It is commonly viewed to equate the life of a pregnant woman with the foetus, making abortion unavailable in almost all circumstances. It is also seen as affecting maternal healthcare because a woman loses her right to refuse consent to medical treatment in pregnancy.

Why does Ireland have this clause in its constitution?

When contraception was legalised in Ireland in 1974, there was a widespread belief that liberal abortion laws would inevitably follow. An amendment campaign emerged in 1981, brought together various “pro-life” groups to lobby for constitutional protection of the “unborn”. Their campaign was helped by the fact that in the political instability of the early 1980s, successive Taoisigh (prime ministers) were conscious of alienating the dominant conservative vote.

Ireland’s attorney general warned at the time that the wording of the amendment was too ambiguous and could have potentially negative consequences for women’s healthcare. But momentum had gathered and the referendum resulted in a two-to-one majority in favour of the amendment.

Is Ireland unusual in having an amendment of this kind?

Yes. Regulation of abortion through a constitution is rare (because constitutions are difficult to change). It has left Ireland with some of the most restrictive abortion laws in the world, which have been regularly criticised by a number of international human rights bodies.

Why is this vote happening now?

There have been a number of high profile, distressing cases in the recent past which have highlighted the inadequacy of the current law. Just two examples (there are many more) are the death of Savita Halappanavar in 2012 from sepsis after being refused an abortion during miscarriage and the case of Amanda Mellet, who was forced to travel to England to terminate a pregnancy with fatal foetal anomaly. Mellet’s case reached the UN Human Rights Committee, which concluded that Ireland’s near total abortion ban was discriminatory and amounted to “cruel, inhuman or degrading treatment”.

In 2017 the Irish government convened a Citizens Assembly to consider evidence on abortion law reform. The 99 randomly selected citizens, after hearing extensive evidence, voted voted 64% to 36% in favour of having no restrictions on termination in early pregnancy.

What is the Irish government’s official position on the vote?

The government is split on the vote, with many undeclared. However, it appears that more support “yes”. Party leaders are supportive — Leo Varadkar (the Taoiseach and leader of Fine Gael) is openly pro-repeal, however his party is allowing a free vote. Micheál Martin, leader of the opposition party Fianna Fáil, has also backed repeal, although many in his party think differently. Sinn Féin supports repeal but not abortion without restriction. Members of parliament for Labour, the Green party, Social Democrats and Solidarity-People Before Profit support both repeal and access to abortion up until 12 weeks into a pregnancy. Independents are mixed.

What happens if the 8th amendment is repealed?

Repeal of the 8th amendment would allow the government to legislate on abortion. The proposed legislation will bring Ireland into line with the majority of European countries, allowing for abortion on request up to the 12th week of pregnancy (subject to medical regulation). After 12 weeks abortion would only be available in cases of fatal foetal anomaly, if the pregnant woman’s life was at risk or if her health was at risk of serious harm. Cases after 12 weeks would have to be approved by two doctors.

What happens if Ireland votes to keep the 8th amendment?

Nothing would change. The constitution, in conjunction with the Protection of Life During Pregnancy Act 2013, only allows for abortion where there is real and substantial risk to the life — as distinct from the health — of the pregnant woman. She can only access abortion when doctors deem that her life is at risk due to medical complications, or she is at risk of taking her life.

Women in their thousands would continue to travel to England and further afield to access abortion or procure abortion pills online illegally, risking criminality. The impact of Brexit on women’s ability to travel freely remains unknown.

Who is opposed to repealing the 8th amendment and why?

Groups who describe themselves as “pro-life” say they are protecting the foetus through their opposition to any change to Irish abortion law. Many of these groups are supported from abroad, in particular from America, and often align themselves with religious views, in particular the Catholic Church.

What is the main argument for repealing the 8th amendment?

The main argument is that criminalising abortion does not prevent abortion. In fact countries with liberal abortion laws usually have lower rates of abortion. Women living in Ireland have abortions, either abroad and at their own cost, or illegally in Ireland with the abortion pill. All a “yes” vote will do is allow the government to legislate for women to access healthcare legally in Ireland.

Is it likely that the vote will result in repeal?

Polls have indicated that marginally more people support a “yes” vote. There has been concern over voter manipulation, in particular foreign interference with both Google and Facebook changing the rules on political advertising in Ireland in advance of the referendum.