Many conservatives cited the poll as a sign that the blue wave would hit a wall this fall, but now it has adjusted 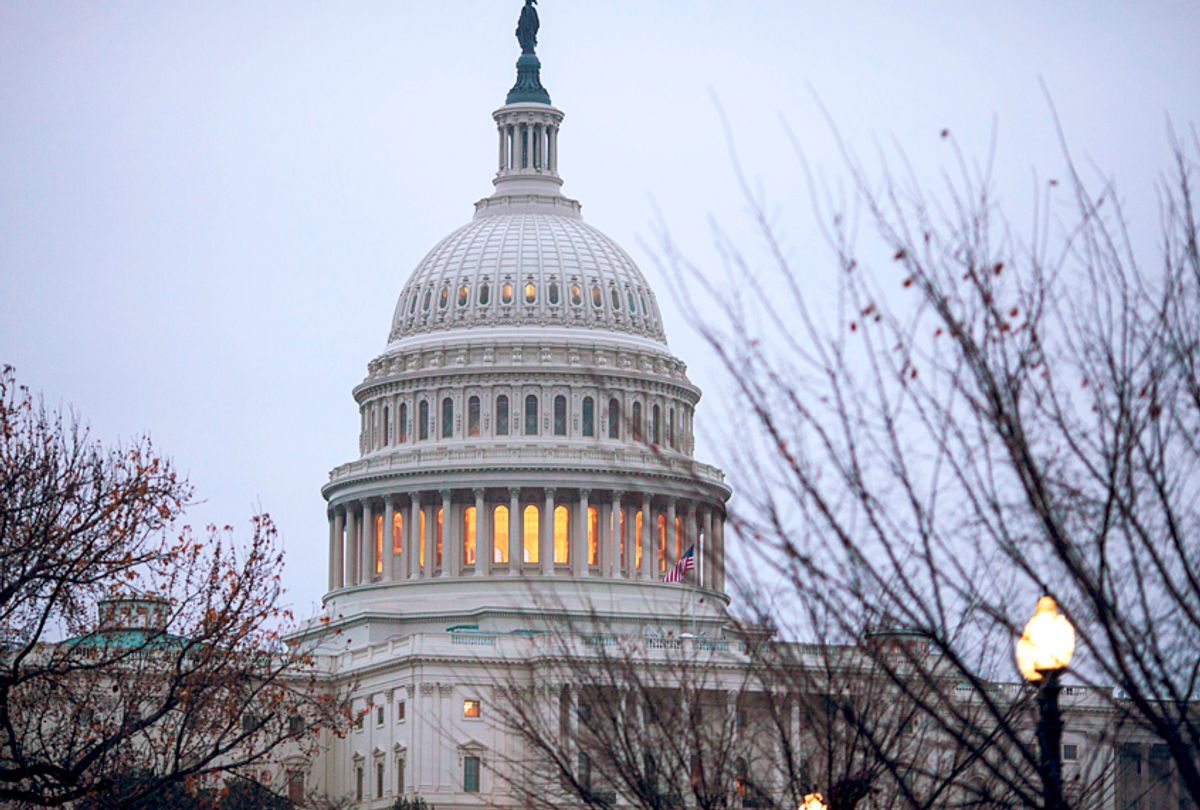 A poll that helps survey the generic Congressional ballot no longer shows a dramatic lead for the GOP, a drastic shift that will crush conservatives looking for evidence of a feeble blue wave this upcoming November.

The Reuters/Ipsos poll indicated last week that Republicans attained a five-point lead in the ballot, a seismic bump considering Democrats had a plus-three margin in the previous two polls. Right-wing pundits were absolutely giddy over the turn of events, as they shared the new poll on social media to their then-disheartened audience.

That same poll Hannity was referencing released new numbers on Sunday. It now conveys a seven-point lead for Democrats.

Hannity was not alone in celebrating the previous shift in the generic Congressional ballot, which measures national support for either of the two major parties in the upcoming midterm elections. Supporters of the Republican Party have been whispering for months of a possible let down for Democrats this upcoming fall. They pointed to President Trump's tax cuts and his diplomacy abroad as victories for the administration and the party as a whole.

When the Reuters/Ipsos poll came out last Monday, Fox News pundits were whipped into a frenzy, relieved to see evidence of a GOP comeback.

It turns out the supposed Republican resurgence was mostly due to the volatility of the Reuters/Ipsos poll.

Charles Franklin, a pollster for the Huffington Post and the director of the Marquette Law School poll, explained that the short-lived erosion of Democratic support could be attributed to the Reuters/Ipsos poll, which detected a shift that no other poll had registered. Franklin wrote on Twitter that the Reuters/Ipsos poll's sampling had dramatically shifted beginning on May 1, as more Republicans were surveyed than usual. This shift accounted for the large bump reported on earlier this week.

Since the poll on Monday, however, the Reuters/Ipsos party identification sampling had moved to a plus-4.1 margin in favor of Democrats, Franklin reported, and the new generic ballot shifted accordingly.

Republicans who championed the previous Reuters/Ipsos poll seemed to have made the classic mistake of putting too much stock on a single survey. In his article for Townhall, Guy Benson did hedge his optimism.

"Color me a bit skeptical, and these numbers will bounce around regardless," he wrote of the shifting ballot.

At the same time, Benson could not hide his rejuvenated positivity.

"Republicans haven't led on this question in any major in roughly two years, so it's worth flagging," he added.

Benson proposed that the source of the GOP bump began and ended with the economy.

"What explains this see-saw back toward Republicans?" he asked rhetorically. "As someone once said, it's the economy, stupid."

Now that the Reuters/Ipsos poll has recalibrated, Republicans have to face the potential reality of a Democratic victory in November. National Journal editor and Fox News contributor Josh Kraushaar attempted to temper the right's confidence in a piece Sunday, titled, "Why Democrats are still favorites to win the House."

While Kraushaar failed to note the change in the Reuters/Ipsos poll, he did concede that a blue wave was likely approaching.

"Despite encouraging economic news for Republicans, and GOP gains in national polling, I’m not quite as confident about the prospects of a GOP comeback," he wrote.

"It’s impossible to ignore the consistently supercharged Democratic turnout in election after election, from swing districts to those fought on conservative turf," he added. "Even if you look to the larger contests (like last year’s governor’s races) as a stronger indicator, the results are highly encouraging for the Democratic Party. If in our polarized times, Democrats simply win most GOP-held Clinton seats and pick off competitive open-seat races where Republicans retired, they’re well on their way to a narrow majority."

Again, Kraushaar did conveniently ignore the shifting numbers of the generic Congressional ballot; nevertheless, even he realized that GOP chances are rather slim this November.

Don't expect Hannity to offer any insights on the Democratic uptick in the Reuters/Ipsos poll. He and Trump have the propensity to share polling numbers that reflect well on the administration and the Republican Party. But 95 percent of the time, when the polls show Trump at historic lows, the White House and his sycophants act as if polling numbers are an extension of fake news.

For Democrats to retake the House, the party needs a popular vote margin of between three and four points, according to Alan Abramowitz, a political scientist and contributor for the University of Virginia Center for Politics.

As it stands, Democrats maintain a six-point margin, according to a composition of polls made by FiveThirtyEight.

The stakes this November could not be any higher. Trump and his legal team clearly fear that the Robert Mueller investigation may yield evidence or information that might support impeachment. Because impeachment proceedings are entirely political, as opposed to legal, Democrats will need to retake the House if it hopes to hold Trump and his campaign accountable.