How I used my research skills to help diagnose myself

It’s hard to leave the science at the lab bench 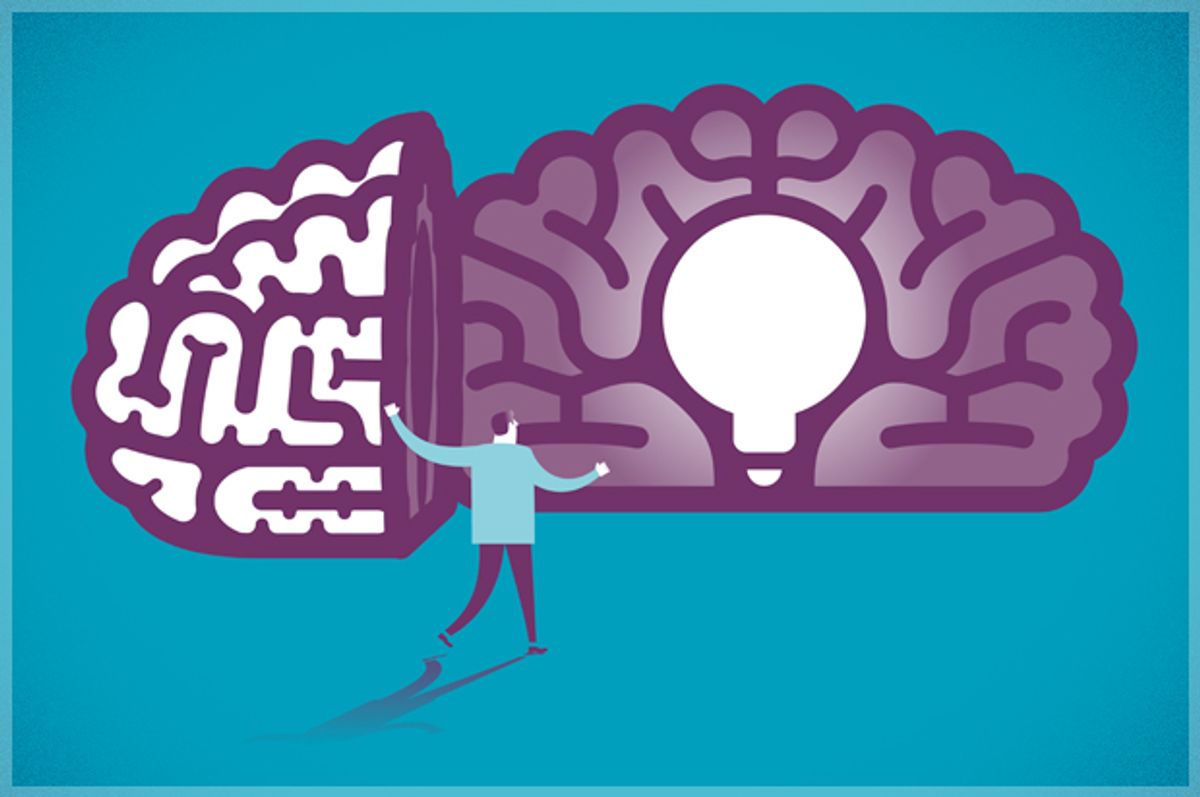 This article originally appeared on Massive

High school ended around 2:30 pm, but field hockey practice didn’t start until 4, so I would go home and nap for an hour. It seemed excessive — I was getting around eight hours of sleep a night — but it was necessary. In college, my schedule became even crazier. I let my night owl tendencies take over, but still slept eight to nine hours a night, sometimes even 12,by avoiding early morning classes. I napped most days, too. If I wanted to get work done in the evening, I had to gamble: Do I nap so I can focus later on? But if I nap, there’s a chance I’ll be too groggy to work.

I was a science major in college, so rather than just keep sleeping, I started to think more critically — more scientifically — about my situation. I tried to study my sleeping patterns to make observations to help me overcome my sleeping issues. But nothing seemed to help. No matter what I tried, I was always exhausted.

I started to research extreme fatigue because if something was wrong with me, I could hopefully get medication and treat the issue. I scoured the internet for diseases related to fatigue, and fact checked each claim with a variety of sources.

In my experience, a lot of scientists approach their own lives and health like this — even the most basic aspects of our lives sometimes get treated like an experiment. And if something is wrong, we take a scientific approach to solving it. I think we do this because our training in science also trains our minds for this kind of thought, which leaks out into our everyday life. Sometimes it just leads to excessive research into the best mattress or haircare product. In this instance, it was my wellbeing.

Doctors are similar to scientists and, in theory, should be doing research for their patients. Unfortunately, some doctors don’t approach patient problems like a scientist but, rather, like cookie-cutter cases. Whether this is because of lack of time, inherent problems in the medical system, or even a lack of proper scientific training, the upshot is that health is heavily dependent on personal experience. My background serves me well in this respect, but most people aren’t trained research scientists.

At the start of my search, the first obvious result that came up was hypothyroidism. I did experience a lot of the symptoms: increased sensitivity to cold, dry skin, hair loss, a terrible memory. But I didn’t have the hallmark side effect of the disease — issues with weight gain. Chronic fatigue syndrome seemed like a possibility, but what did that really mean? It’s a diagnosis by exclusion, and nothing had been excluded. I tried to avoid the WebMD catch-all answer of cancer. I wasn’t depressed. I didn’t have anxiety. My mom had been recently diagnosed with fibromyalgia, but that didn’t seem like my problem. I did test low for hemoglobin when donating blood, so maybe I was anemic? Nothing really seemed to make sense. No condition associated with fatigue seemed to hold up as a valid hypothesis. However, no disease presents all the common signs or symptoms.

The summer before graduate school, nearly six years after I started having fatigue symptoms, I went a primary care physician to get tested. My thyroid-stimulating hormone levels (TSH) were above the normal range. If you have too much TSH in your blood, it’s an indicator of hypothyroidism. The range is debated and likely dependent on the individual. The doctor did not want to prescribe me medication until I started gaining excess weight. I wasn’t satisfied. If I had clinical indications of disease with life-affecting symptoms, I thought medication should at least be an option. At the time, I let it go. I wasn’t sure if I was right. I mean, I wasn’t the expert.

Shortly after, I moved away to start graduate school. In my first two months, I ended up making two trips to urgent care for kidney stones. I spent a lot of time there on an IV to increase my fluids. It was slow day and I started complaining to the doctor, concerned with my persistent need to nap and how this might affect me in graduate school. She was incredulous about the fact that I was denied medication; she tested me to be sure and then immediately prescribed some.

The downside about medication for hypothyroidism is it takes a while to kick in. But about two months later I had this ah-ha moment: I wasn’t napping everyday. In fact, I hadn’t napped at all week!

A few years later, I started to run into the opposite problem. I wasn’t sleeping. I had trouble falling asleep, staying asleep, and getting restful sleep. Over the period of a year, I worked with my doctors to adjust my medication dosage and even try a new one, but this only helped somewhat.

Again, I did a little light research into the problem. I can’t remember how I came across the subject, but I ended up down a rabbit hole on vitamin D deficiency. There are many, many, many studies on the health impacts of vitamin D deficiency. A few of these overlapped with symptoms of thyroid disorders, particularly sleep quality. Skipping the doctor altogether, I looked into the amount of vitamin D that can be consumed regularly without risking overdosing, then started taking supplements regularly. Within a month, I noticed I was waking up less and less restless in the middle of the night and feeling more rested.

This approach to self-diagnosis has personally served me well; I frequently take a scientific approach to most aspects of my life. Albeit, that isn’t always the best option. Pro tip: Not every friendship or relationship problem is best approached analytically. Presenting a “research” proposal to your husband on why you should get more plants even though there is no more space in your apartment, is probably not a good idea. Hey, they’re good for you! NASA says so.