Democrats' midterm playbook looks stale: Where are the left-wing populists?

Do liberals plan to stay calm, lie low and wait for Trump fever to burn out? That's a prescription for disaster 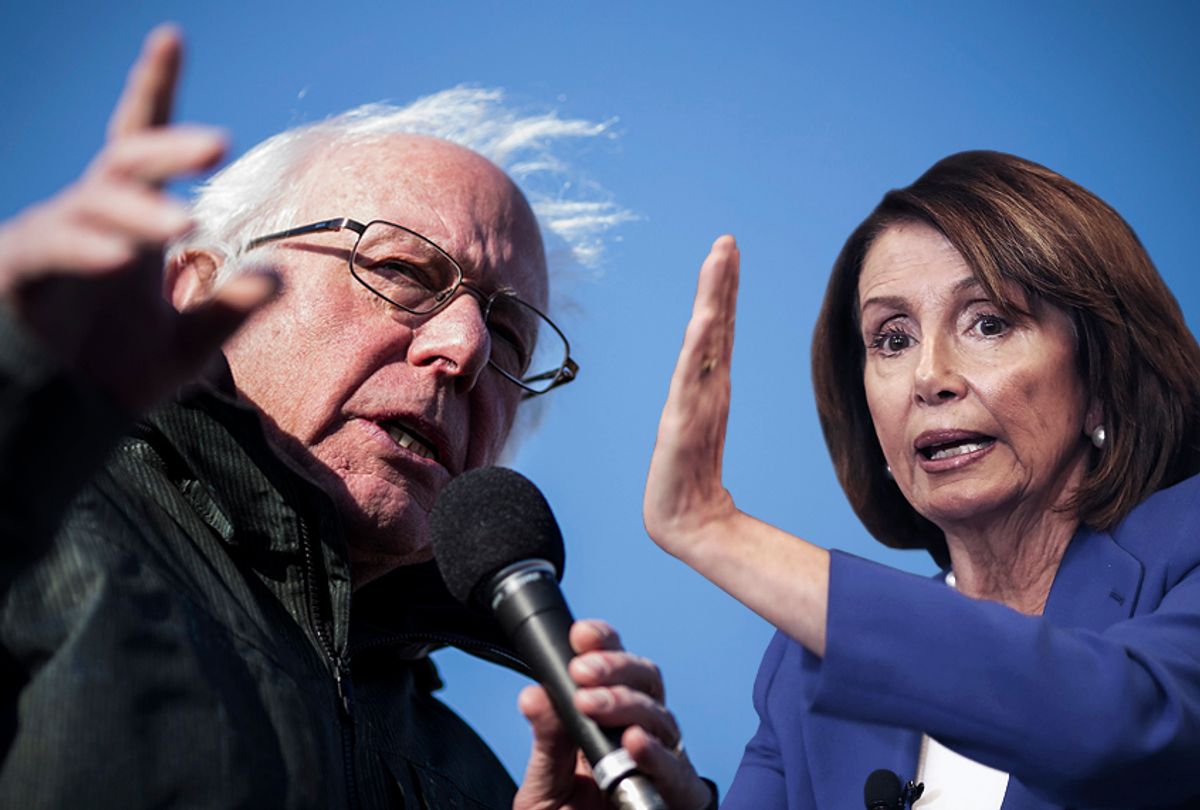 He can win again.

So what are liberals doing about it?

Thus far it appears that the plan is to lie low, keep calm, and not offer anything too new or radical. Just let the fire and fury of Trump burn itself out. Voters will eventually grow tired of the circus, they will realize that Trump failed to actually improve anything and they will then drift back into the fold of the mainstream establishment, where Democrats will be waiting with open arms.

This approach has serious flaws. One problem is that it could take a long time for Trumpism to fade. It might not happen before 2020, in which case Trump would be reelected. And Trumpism might well continue even after Donald Trump is gone, with knockoff candidates riding his coattails into office.

The bigger problem, however, is that this wait-it-out approach just might be completely missing the central political groundswell of our time. After all, Trump won for a reason, and perhaps he just so happened to tap into something very real, even if unwittingly.

One explanation is that Trump won because he was by far the most anti-establishment candidate. Many voters -- not quite a majority, admittedly -- were willing to hold their noses and overlook all of his offensive behavior in order to elect the candidate most likely to shake things up and depart from the status quo of the establishment.

This explanation makes a lot of sense. After all, we are in the midst of an enormous sea change in our society with the erosion of the middle class. This is sending shockwaves rippling through the heart of our social structure. And neither political party is doing anything about it. People feel abandoned, desperate and helpless.

One central cause is globalization. With low-cost-labor foreign countries opening for business, corporations are increasingly sending American jobs overseas. Automation is another cause, as robots replace human workers. Online retailing is causing the closure of physical stores and shopping malls across the nation. Corporations are suppressing employee wages and cutting worker benefits without restraint.

No wonder people believe that the status quo of the establishment is not working. They are exactly right.

In fact, this trend is a global phenomenon. Country after country in the developed world are also suffering an erosion of their middle classes -- and thus are witnessing the rise of right-wing populist candidates opposed to the establishment.

If the tide of popular sentiment in America right now is to oppose the establishment, then the Democratic strategy of offering mild, conventional candidates as an alternative to Trump is destined to fail. Trump will win again.

An alternative approach does exist, however. This approach would be to run populist candidates against the establishment but do so from the political left. This would confront Trump head-on, co-opt Trump’s own populist message and steal away Trump’s voters.

Indeed, the political climate right now is ideal for the emergence of left-wing populist candidates. The working class has lost confidence in the established system, is seeking alternative solutions and is willing to experiment with more radical options. The time is ripe.

Furthermore, populist solutions from the left are likely to resonate much more deeply with the working class than the populist solutions from the right. As it stands now, right-wing populists are in the lead because they were the first out of the gate to excoriate the establishment. But their right-wing policies are actually horrendous for the working class and thus are susceptible to challenge.

Although Trump portrays himself as a champion of the forgotten blue-collar worker, his actual policies shamelessly favor the wealthy at the expense of the working class, thereby leaving him wide open to attack. Trump, for example, has sabotaged the health care system, undermined the social safety net and enacted enormous tax cuts for the wealthy, including himself.

Left-wing populist candidates will be offering some fairly radical solutions, so they cannot present themselves to voters as kooky eccentrics in tie-dyes and sandals. They must appear clean-cut, respectable, and even conventional. Only then will they be taken seriously when they proclaim, “Capitalism is broken!”

Rhetoric like that will captivate voters from both the left and the right and pose an exciting alternative to Trump.

Furthermore, these left-wing arguments are legitimate. Pure capitalism is too harsh for any system to endure and thus must be restrained. Left-wing populists will make the case that our current economic problems have been caused by capitalism gone wild.

The 2008 financial crisis, for example, was caused by allowing the Wall Street banks to run rampant. Rogue capitalism is also the cause of corporations sending jobs overseas to exploit low-cost labor. Capitalism will never solve this problem on its own because capitalism favors shipping jobs overseas; after all, that's economically rational. Capitalism is responsible for the suppression of wages, the elimination of pension plans, the loss of employee benefits and the destruction of labor unions. It is responsible for the rich getting richer while everyone else gets poorer. Naked capitalism is also responsible for the corrupt swamp in Washington, by allowing wealthy corporations to buy and control politicians through campaign contributions.

Left-wing populists have a compelling message. After all, this is what capitalism is all about -- the concentration of capital at the expense of labor. No wonder we are experiencing drastic economic inequality. Our devastated working class is a real-life example unfolding before our eyes of how capitalism, when it is not adequately restrained, ravages a society. This message will resonate deeply.

Right-wing populists like Trump favor doubling down and allowing capitalism to run ever more wild, thereby favoring the wealthy at the expense of the working class. But left-wing populists would propose ways to tame capitalism with reforms that would benefit the working class at the expense of the wealthy, who can well afford it.

It is high time for left-wing populists to emerge from the shadows to counter the right-wing populists and give the American people the exhilarating, authentic debate we all deserve.