Social media users threatened the brand with boycotts, and some even claimed the T-shirt was a form child abuse 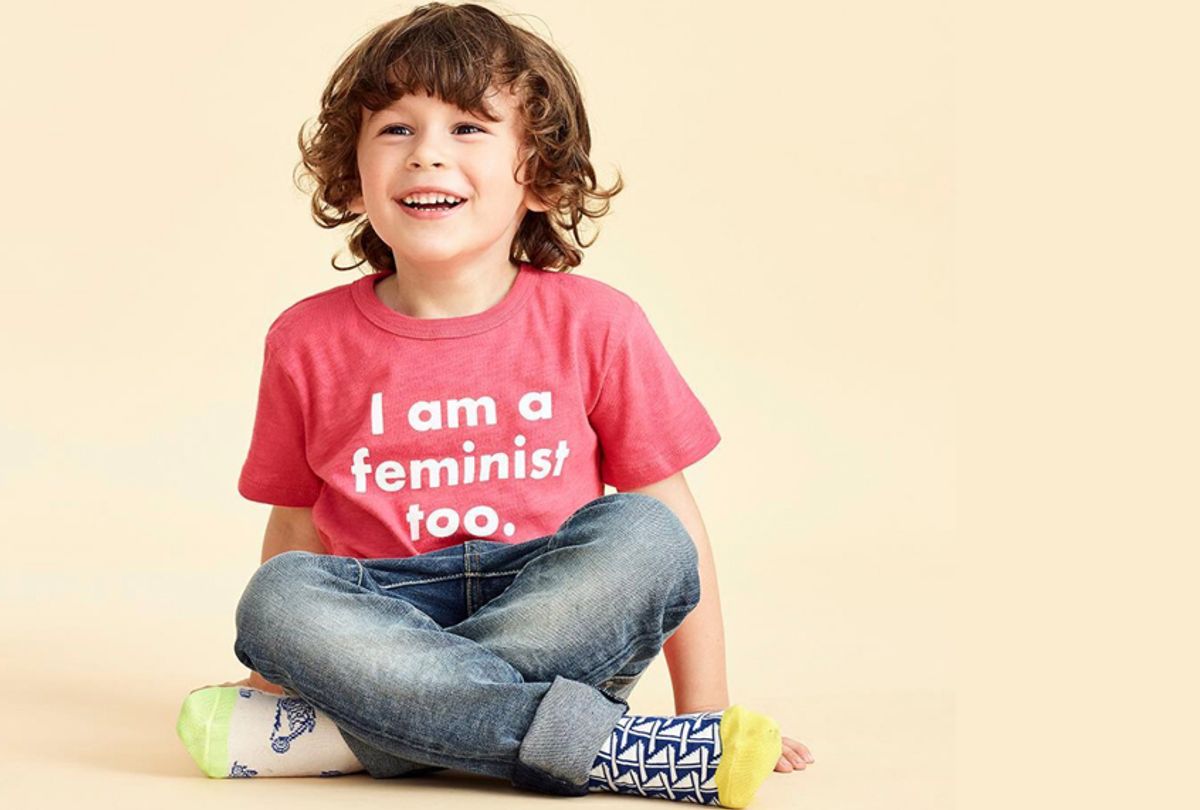 J. Crew released a new T-shirt for boys, which says: "I am a feminist, too," as part of a collaboration of limited-edition tees with the activist-minded brand prinkshop. For each shirt sold, the company will donate 10 percent of the retail price to an organization that partners with the United Nations to aid girls in achieving their dreams, according to J. Crew's website.

Prinkshop promotes "wear-what-you-care-about" clothing, and its first pieces were created to support Barack Obama's 2008 presidential campaign. "Prinkshop is a cause-centric community that create clothes and accessories that people want to wear and carry, that give them a voice and help them to create change in the world around them," the brand says. "Prinkshop identifies issues that need to be addressed; our bold, text-based graphic products feature issues ranging from women’s reproductive rights and push for equality to education and gun control."

But some conservative consumers are not happy with J. Crew. When the clothing company posted the T-shirt and campaign to their Instagram account with the caption "start 'em young" over the weekend, it was met with a barrage of fiery, critical comments.

Some people stated they were upset at J. Crew for what they deemed the "politicizing" of boys, and many added that they would go so far as to boycott the brand.

"You caved to the leftist virtue signaling by indoctrinating little kids," @patdmom wrote. "Shame on you for politicizing little boys into what their MOMS want them to be. Kids should be kids not political grandstanding tokens. You're gonna lose $$$$ but you did it to yourself!."

"Does the parent get a T-shirt with their purchase that says 'I'm brainwashing an innocent child'?" @marktridgeway said.

Others took specific issue with feminism, most incorrectly describing it. (Reminder: It is simply equality.) And apparently, some felt this T-shirt was a form of child abuse.

"Why not just put a vagina on there too?" @audrey2492 said. "Isn’t that what feminist like to wear?"

"Modern feminism in the United States advocates subverting men and their rights and opportunities and futures to those of women," @jmwcarter13 said.

"Your boys will end up gay most likely if you support feminism." @patriotpoliticsresearch said.

"Don't make your children pawns in your political game," a person from The Daily Wire wrote.

"Politicizing children robs them of their childhood, and should be considered a genuine form of child abuse," said another user. "Let them be kids, not tiny mouthpieces for also over-politicized adults."

Co-hosts of "The View" weighed in on the debate, echoing many of the points in support of and against the T-shirt that were made on social media. "Good Morning America" weekend anchor Paula Faris said she did not want her children to be mouthpieces for her politics, while Sunny Hostin leaned in to the benefits of teaching kids early about equality. Perhaps Sarah Haines had the greatest and most succinct response: "If you don't like it, don't buy it," she said.

In spite of all of the naysayers, there were still a substantial crop of others who said they would be proud to buy the T-shirt for their sons. In fact, it is currently out-of-stock in several sizes.