Tens of thousands of U.S. households are still cleaning up from last year’s hurricanes 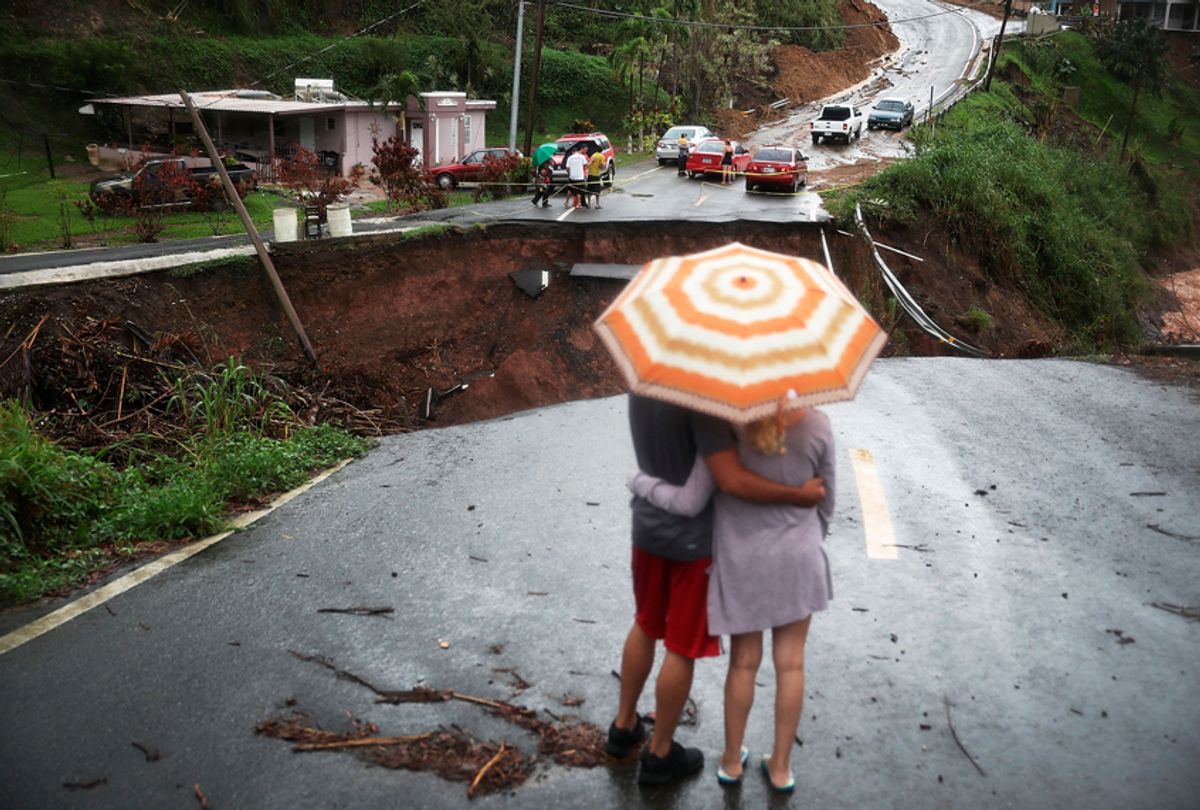 The 2018 hurricane season got underway Friday, but already the U.S. has witnessed an unprecedented climactic event. Alberto, a subtropical storm that spun into the Gulf of Mexico last month and killed seven people in South Carolina, was the first tropical depression to hit the Great Lakes region before June 1 since records began before the Civil War.

While Alberto never reached hurricane strength, its early arrival is unsettling, especially to people still recovering from last year’s overactive and devastating hurricane season. Forecasters are placing their bets on a normal to above-normal number of named storms and major hurricanes, but those predictions can change significantly as the season progresses.

More than eight months after Hurricane Maria, the U.S. is still grappling with the extent of the humanitarian crisis caused by the storm in Puerto Rico. This past week, the New England Journal of Medicine published a study claiming that 4,600 U.S. citizens were killed in the U.S. commonwealth by that hurricane, a number far greater than the official tally of 164.

This new death toll estimate has affirmed what many critics of the federal response to the storm have believed all along, that residents of Puerto Rico are have been neglected in their time of need, and have long been treated like second-class citizens driven into crippling debt through predatory lending that benefitted bond-market investors and hedge funds. The island is grappling with $73 billion in debt, but is unable to access the kind of bankruptcy protections that U.S. states and their municipalities enjoy. By some estimates, the damage from last year’s hurricane season have topped $90 billion in Puerto Rico, adding to the island’s financial stress.

Today, some 11,000 homes and businesses in Puerto Rico are still suffering one of the longest power-outages in U.S. history, and officials say it could take another two months to fully restore electricity to the island’s 3.3 million residents.

“The federal recovery effort in this American territory has been under fire nearly every day since [Hurricane Maria stuck the island],” writes Birthe Anders and Vincenzo Bollettino, who study the armed forces' disaster relief response at the Harvard Humanitarian Initiative. “Critics note that hurricane relief in Texas and Florida last year was quicker, more robust and more effective.”

Despite the $3.8 billion that the U.S. federal government has spent fixing the electrical grid, officials say even a small hurricane could undo repairs and cause another mass power outage. In some cases, repairs have been haphazard, with trees used as slapdash power poles in violation of U.S. federal safety codes.

“The grid is there, but the grid isn’t there. It’s teetering,” Hector Pesquera, Puerto Rico’s commissioner of public safety, told the Associated Press. “Even if it’s a (Category) 1 (hurricane), it is in such a state that I think we’re going to lose power. I don’t know for how long.”

While the people of Puerto Rico suffered the most from last year’s hurricane season, U.S. citizens elsewhere are also still getting their lives back to normal. Cleaning up from Hurricanes Irma and Maria is going slower than expected in the U.S. Virgin Islands.

“I'm probably more fortunate than most,” local resident Bruce Perry told NPR correspondent Greg Allen. “But all you got to do is drive around, count the blue roofs that are not ready for another hurricane,” he added, referring to the blue tarps used to temporarily cover rooftops.

As in Puerto Rico, federal emergency response in the U.S. Virgin Islands took much longer than it typically takes to serve storm-stricken citizens living in state like Florida and Texas. It took FEMA six months to initiate its emergency home repair program in the U.S. Virgin Islands, which has left many of the islands’ 100,000 residents exposed as the 2018 hurricane season begins, with their roofs, walls and windows still covered in plastic.

While residents of the U.S. Gulf coast and the Southeast are served more rapidly and more effectively than their Caribbean compatriots, things aren’t yet completely back to normal for thousands of Texans nine months after Hurricane Harvey struck the U.S. Gulf coast. According to the Federal Emergency Management Agency (FEMA), 25,000 Houston-area households are still cleaning up and making home repairs and modifications, according to Reuters.

With tens of thousands of U.S. business and households still suffering the damages from last year’s hurricane season, it’s safe to say that many of these people are hoping that forecasters are wrong, and that this storm season will be more forgiving than last.