Meet the new Bluths: On "Succession," the Roys are a cruel, rich family we'll love to hate 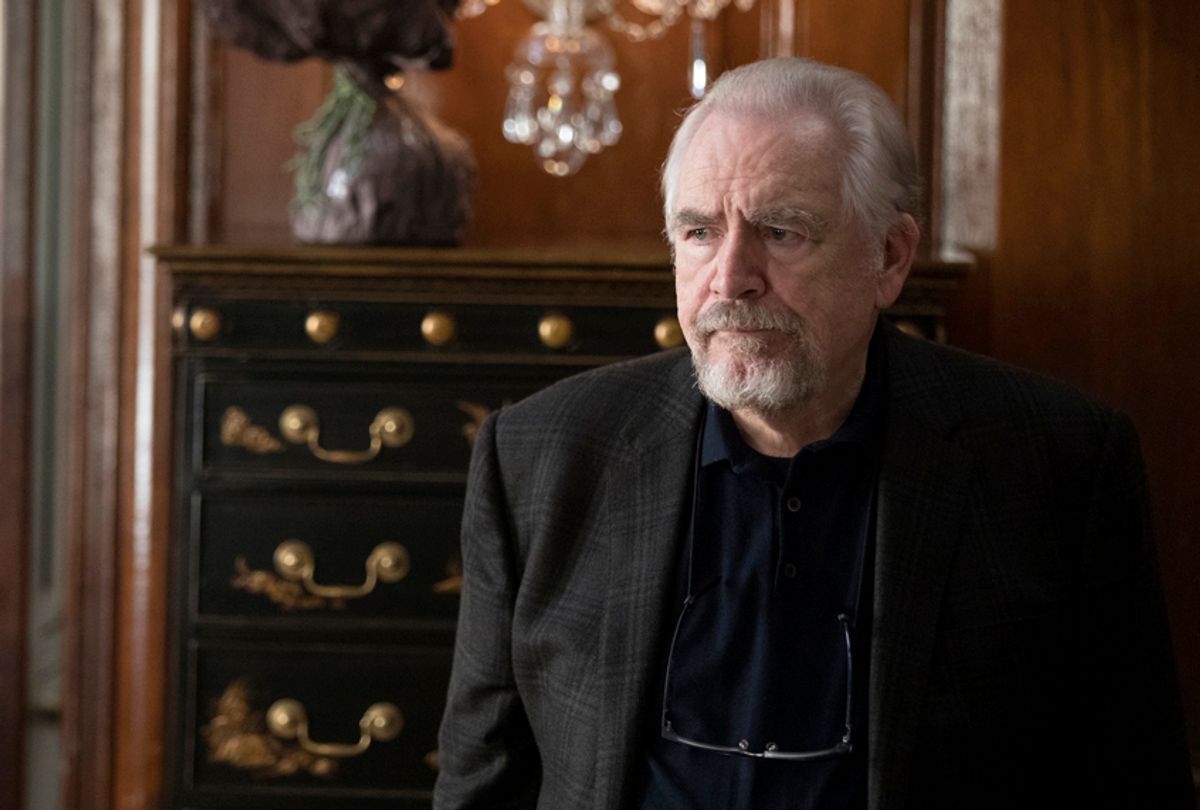 Generally speaking, Americans have a curiously warped relationship with the hyper-wealthy and our feelings about them. Some desire their success, viewing it as inspiration or evidence that the capitalist dream still works. Some despise the rich, openly railing against the upper-class.

On some level, we’re all curious enough about the mystery and myth surrounding the one percent to support numerous TV series and movies about moneyed families, HBO’s “Succession” being the latest example. All of these series ply viewers with visions of exclusive destinations, sleek and gleaming cars and drool-inducing couture, but to keep the peasants from revolting outright, they also tend to reveal that astronomically-sized bank accounts do not buy happiness.

We prefer our scripted rich families to be miserable, self-cannibalizing and, if we’re fortunate, cleverly sadistic. Nobody loves dealing with an entitled S.O.B. in real life, though on television series they do seem to get the best lines.

“Succession,” premiering Sunday at 10 p.m., gives the kindest people the least amount of dialogue. Presumably they’ve ceded the floor to the fork-tongued and self-important narcissists surrounding them.

“Look, here’s the thing about being rich, OK? It’s f**king great,” a character says. “It’s like being a superhero, only better. You get to do what you want. The authorities can’t really touch you. You get to wear a costume, but it’s designed by Armani and it doesn’t make you look like a prick.”

Suffice it to say, gentle souls are in short supply in this show, and that’s probably for the best. In the inevitable cannibalism sprees that tend to break out among families like the Roys, the nice ones tend to be roasted and eaten first, and with the gusto of a gourmand devouring an ortolan.

Adam McKay, director of “The Big Short,” executive produces the series, but his influence is less prominent than that of series creator and showrunner Jesse Armstrong, the British writer behind the cult-favorite “Peep Show.” Armstrong also created a never-produced screenplay about media titan Rupert Murdoch, and that likely provided some of the framework for the Roys, the family at the control of WayStar Royco, a media conglomerate with an uncertain future.

The head of the company, Logan Roy (Brian Cox), rules over his domain and his family with a strain of tyranny and psychological abuse that has twisted his children in a number of ways. His son Kendall Roy (Jeremy Strong), the oldest from his second marriage, is the manchild first in line to inherit the kingdom. Younger brother Roman (Kieran Culkin) plays the role of the laid-back family jester who pretends to be beyond caring about the company’s fortunes . . . at first.

Logan’s oldest child from his first marriage, Connor (Alan Ruck), has all but dropped out of the running for dad’s favorite, taking up residence on a spacious new-age estate in New Mexico.

Youngest daughter Siobhan Roy (Sarah Snook) plays her cards close to the chest as she angles for a career in politics without regard to how her family stands to be impacted. Her boyfriend Tom (Matthew Macfadyen) is a malleable dolt with zero finesse when it comes to navigating family power struggles. In fact, Tom is only slightly smarter than their idiot cousin Greg (Nicholas Braun), who arrives in New York hoping to get a foot in the door at corporate by learning the family business.

The formula here is less similar to FX’s dour “Trust” or Showtime’s confident “Billions” than, perhaps, a much darker and crueler “Arrested Development,” albeit with more cunning personalities and a distinctly New York brand of familial cruelty. This also makes “Succession” a strange chimera of comedy and drama; given the level of tragedy that befalls a couple of characters, a viewer might almost feel terrible for laughing at them. Except for, you know, the knowledge that they can buy their way out of anything.

Armstrong worked with “Veep” creator Armando Iannucci on the BBC series “The Thick of It,” and that pedigree definitely comes into play here, realized particularly well through Cox and Culkin, with the latter clearly relishing the opportunity to brush off and bump up the archness and attitude he brought to the indie film “Igby Goes Down.” (An exchange between Cox and Culkin in the premiere appears to slyly reference that role, though that may be coincidental.)

In that story, the poor rich boy ended up adrift and motherless; here, he’s unleashed himself upon the world with zero effs to give and a whole lot of lip to serve.

If nothing else, “Succession” is exceptionally well cast, starting with Cox, who brings a lupine gruffness to Logan that anchors the action swirling around him. There is no equivocating how dastardly he is as a human being, but since his children are demons themselves, the series writers don’t make a case for us to root for him more than anything else.

Somehow, though, Armstrong finds a way to keep the Roys from being awful to the point of being unwatchable. Quite the opposite, once you get into the series. The first episode struggles to sell an emotional connection to these characters, with Strong’s Kendall coming on with a concentrated obnoxiousness. Even when we get a sense of what kind of man Kendall is — ambitious, mercenary, brittle but also deeply damaged — our ability to like him becomes less important than how much we enjoy his contribution to this caustic stew of DNA.

As it turns out, that’s the selling point of the series: It’s less of a “King Lear” style tragedy than a cage match peppered with low blows, playing out over 10 episodes.

Strong plays well with and against Culkin, Cox and Snook, who grants Siobhan (aptly nicknamed Shiv) a level-headed demeanor that hides a version of the duplicitous egocentrism that forms the core of the family’s DNA. Even when Ruck is tossed into the fray, he’s more of an absentminded buffer than anything else. But as insurance, the inclusion of Macfadyen (slipping around in a feeble American accent) and Braun lends a touch of straight comedy that prevents the story from getting too dark.

Despite all of this, a person cannot be scolded for finding that the champagne problems the Roys deal with on “Succession” are not to their taste. They’re not exactly a clan deserving of envy or empathy, and I can’t imagine anyone wishing for a slice of the Roy family’s life. But “Succession” allows us the shield of distance from the clan’s internecine turmoil, making it OK to take joy in the pettiness, wit and misfortune Armstrong and his team have written into their blood.

How a young Bernie Sanders learned about the value of money