Summer is truffle hunting season in the Umbrian countryside 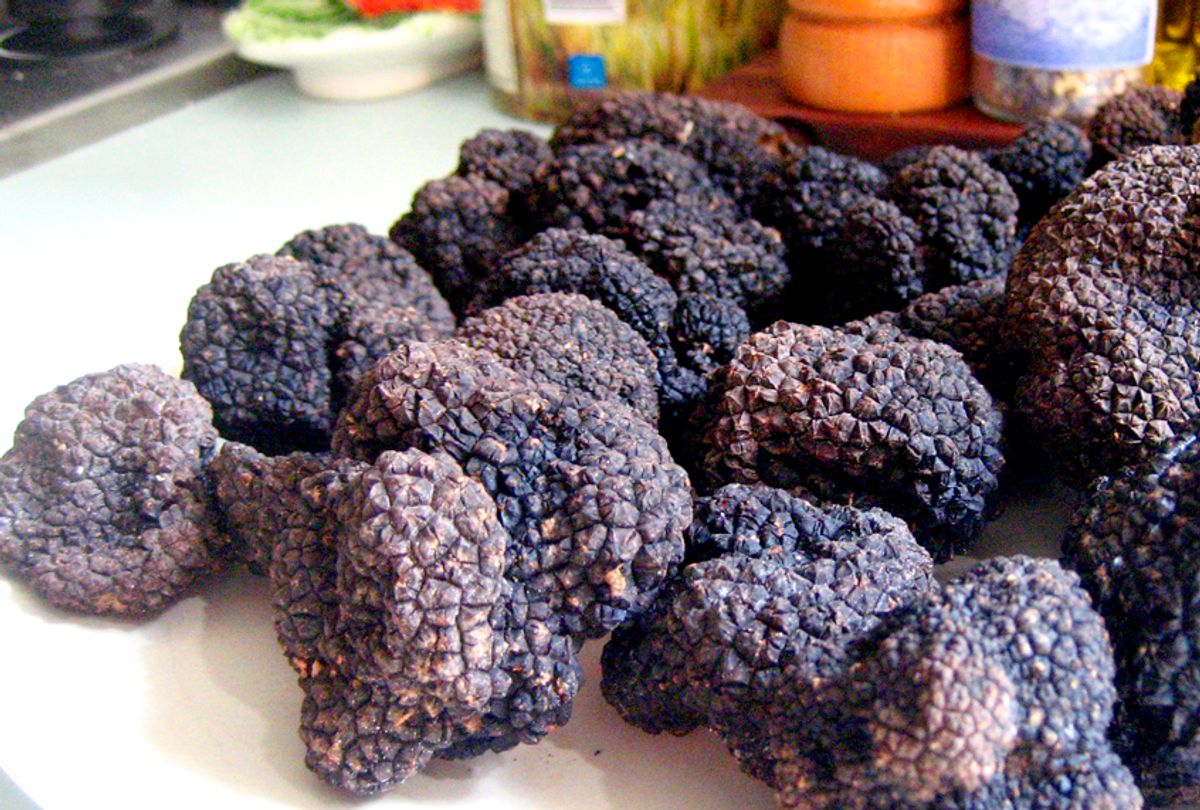 Now, however, that I live in the land of truffles, I’ve discovered that it is, in fact, a thing. And that thing is good. 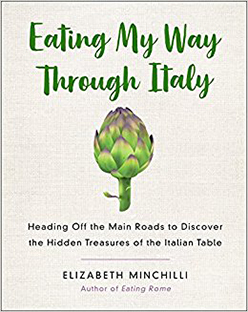 Let me backtrack a bit. When I say that I live in the land of truffles, I don’t mean Rome, obviously. I’m referring to our home in Umbria. And while I’ve always loved truffles, it was in Umbria that I learned that truffles are not always meant to be consumed in thin slices in rarefied restaurants, but something that you could actually order up at a truck-stop diner.

I first learned about local truffles from my neighbor Marisa, who lives down the road from us, on a working farm. Since the day we moved in, she would gift me things like a goose or rabbit, a dozen eggs, or a bag full of freshly harvested wild chicory. But one day she came over with a sack of truffles. Needless to say, I was shocked.

A word about these truffles. When most people think of truffles they imagine pale slivers being shaved off a precious tuber in an expensive restaurant. As the waiter shaves, you are mentally adding up just how much that heavenly pasta or risotto will cost. And cost it does. But those are usually white truffles from Alba, in Piemonte, or black truffles from Perigord in France, and are quite a different animal from what Marisa was handing over.

As I took the precious gift from her hands I was a bit taken aback by the cold. The plastic bag was frosty and closed with one of those twisty metal things. Not very ceremonious for what I thought of as a priceless tuber.

“Sono scorzone.” “They are scorzone,” Marisa explained, implying that they were nothing to get that worked up about. But even frozen, and even through the bag, I could smell their intense aroma. “They’re good for pasta, but put them in the freezer right away, that way they will stay fresh.”

What I had was a pound of summer truffles (tuber aestivum vitt). And as I soon learned not all truffles are created equal. As it turns out these truffles are readily “findable” all over Umbria, from the end of May to the end of August. And the thing that makes them easier to find compared to their more expensive fall and winter cousins, is their intense smell, which also makes them perfect for cooking. While the more prized varieties may have a more intense taste, the aroma of the summer truffles stands up to heat, which makes it a favorite with chefs both local and not. But you do have to use quite a few to make an impact—which explained Marisa’s gracious gift of plenty.

To get the full effect you have to use a heavy hand. The locals know this, and you will never see them shaving them onto anything, unless it’s as a final garnish. They use them by the handful, and treat them almost like a vegetable. An expensive vegetable, but a vegetable.

As it turned out, my life as the recipient of truffle gifts was only just beginning. While I put up with hunters with guns traipsing through our property on their way to shoot rabbits, pheasants, and the odd boar (it’s part of the local traditions, I’ve gotten over it), I actually welcome the truffle hunters. First of all: cute dogs. While truffles used to be hunted by pigs, today all truffle hunters use dogs to sniff out their harvest. And if the “real” hunting dogs are skittish and intensely focused on their prey, truffle dogs are a completely different story. They are often coddled and have close working relationships with their owners and cozy up to random humans (errant American women going gaga over their cuteness included). So I’m always up for a visit from a truffle hunter.

Also? Most of the truffle hunters that I run into on or near our house are doing it for the fun of it. They are not professional truffle gatherers and so are not only willing to chat about their hobby, but almost always dig into their pockets to hand over a half-dozen lumpy, muddy orbs.

While I, too, am the proud owner of a cute mutt, little did I know he had anything in common with his working brethren.

Until one day, when Pico was eight years old, he decided, out of the blue, that he was a truffle dog. At least for two days at the end of August. One day, coming back from his early morning walk on his own on our property, he returned to the back door with a huge truffle in his mouth.

And then, two days later, while our gardener was digging up an old bush, Pico came running over, started digging, and came up with three more truffles.

After that burst of energy, Pico has pretty much taken it easy since then, mostly napping on various couches and certainly not out truffling, which is actually a good thing, because we don’t have a truffle license. Like any other form of hunting, truffle hunting is tightly controlled. There is an exam and specific tools to use so that the grounds are not damaged.

Getting back to the whole pig thing: no, there are no pigs rooting around for roots. It’s a dog-eat-truffle world in the Umbrian countryside, and teaching your dog not to eat the truffles, but just show you where they are, is the aim. Truffle dogs are much prized in Italy, as are the areas where truffles are found. In fact, whenever I tell Italians this story about Pico, they sort of look over their shoulder, and then whisper back to me, “You really shouldn’t tell people this story.” Why? Evidently someone might swoop in and kidnap my pooch. Since he’s mostly on the couch asleep I think we are pretty safe from any potential malfeasance.

But truffle dogs are a very big deal and while the Lagotto Romagnolo is probably the best-known breed, it’s mostly sought after since it is easy to train. Hunters in Umbria will start training dogs as puppies, teaching them to go after the scent of truffle, rewarding them with chunks of cheese or hot dogs (which taste infinitely better than the lumpy black things they dig up). Most hunters will tell you that while male dogs have a better nose, females are easier to train.

Driving around Umbria in the fall, you are likely to see cars parked randomly by the side of the road, left by hunters as they head into the woods to search. And there is a lot of hunting that goes on in the wild. But these days there is quite an industry—especially in Umbria—of truffle groves.

No, truffles aren’t growing on trees. But they do tend to grow under specific types of trees. Oaks mostly. Truffles are actually a type of mushroom that grows underground in a symbiotic relationship with roots of trees. In Umbria they are most often found beneath oaks, and not far from Spanish broom. Not too long ago, European researchers realized that the spores of truffles could be inoculated into the roots of host trees. The trees are then planted—much like a fruit orchard—except in this case the “fruit” is beneath the ground, and you still need a dog to help you find them.

Excerpted from "Eating My Way through Italy: Heading Off the Main Roads to Discover the Hidden Treasures of the Italian Table" by Elizabeth Minchilli. Copyright © 2018 by the author and reprinted by permission of St. Martin’s Griffin.