Writing affirmative consent into YA novels: Teens need healthy models in fiction, too 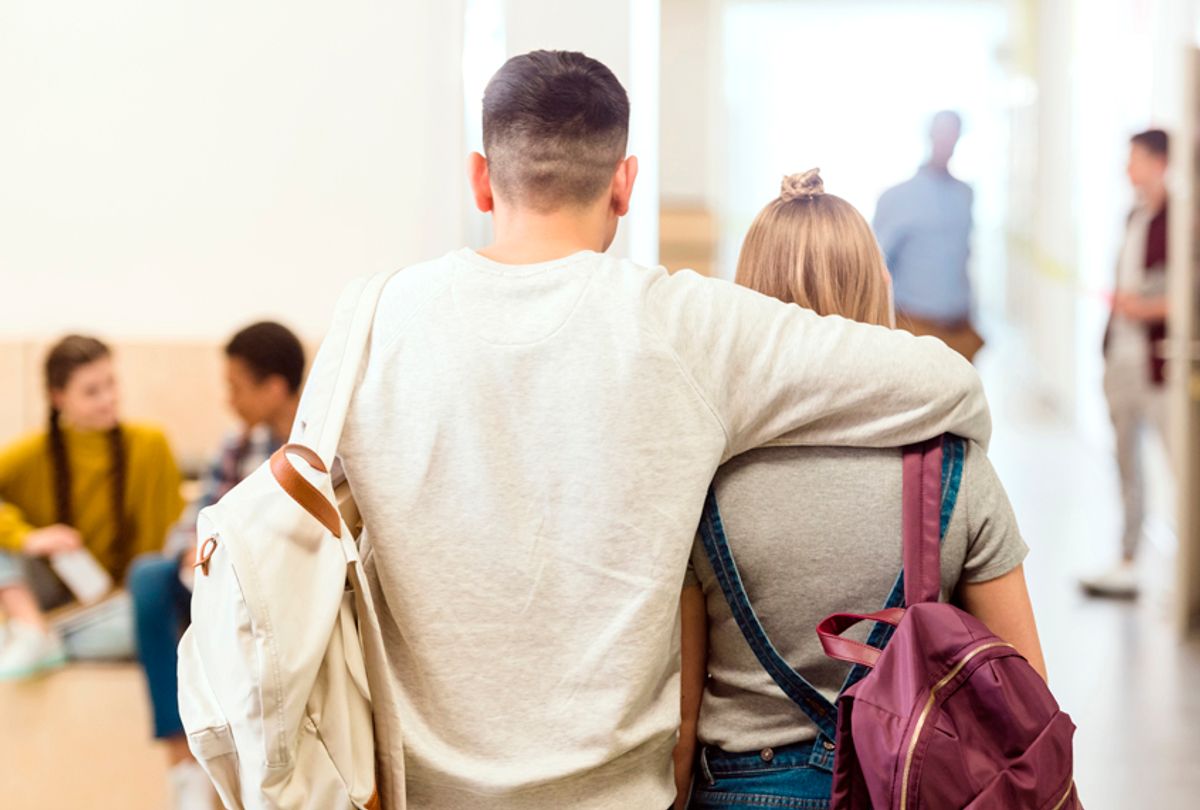 When I look back on how I learned about sex as a child and then a teenager, I’d love to say I got all the information I needed from some combination of my family and my teachers. But while my parents were great about telling me the basics, I’m sure it was just as awkward and embarrassing for them to answer my questions as it was for me to ask them, and I haven’t found these topics any easier to discuss as I’ve gotten older.

I can’t remember learning much at school about sex either, at least not from my classes. Instead, I relied on what I read in the news, what I heard from friends and what I could find out myself. During this era, “no means no” was considered a big step in acknowledging that what people then called “date rape” was actually a real thing; this was also the height of the AIDS crisis, when it wasn’t a big leap to think sex might actually kill you. This meant what I could find on my own came mostly from books. Specifically, novels.

The problem was that the novels I read were mostly for adults — there wasn’t a whole lot of good, honest writing about sex intended for teenagers. Judy Blume’s "Forever" was the major exception — everyone I knew had read it and dog-eared the same pages — but most of the books for teenagers back then fed into the fears society was trying to instill into us so we didn’t get pregnant or sick. There was little room for pleasure or fun or even responsibility, except insofar as the characters had to decide whether to raise their children or give them up for adoption. I didn’t understand how (and when) we were supposed to transition from thinking of sex as something that came with either babies or death to something that we might actually enjoy.

Now that I write for young adults myself, I feel a sense of responsibility to do better, to tackle some of the issues teenagers face now. Some of these issues are different — AIDS is no longer the same health crisis, for example — but others are more the same than I’d like. Sex education in schools is still terrible, especially given President Trump’s goal of returning to abstinence-only education; sexual health services are also under siege in his administration. And consent is still a major topic, even as “no means no” is starting to give way to “yes means yes,” a phrase with its own complications.

There’s a lot of tremendous writing in YA about sexual assault and consent gone wrong — Laurie Halse Anderson’s award-winning "Speak" has set a high bar for how to take on rape when writing for young adults — but when I began my new book, "Questions I Want to Ask You," my goal was to be part of a different conversation, one that emphasized the ways helping teenagers talk about consent could give them a healthier approach to their sexual lives.

I started, as I always do, with research. I’ve been listening to the excellent podcast "The Oral History" for years, which has the best tagline ever: “Sex & books: two things that are better when you talk about them.” Christa Desir and Carrie Mesrobian are both extraordinary writers who handle sex beautifully and explicitly in their books, and from their recommendations I found lots of writers who are also skilled. They also directed me to their work with librarian Karen Jensen on the SVYALit Project, a website dedicated to using young adult literature to talk to teens about sexual violence and consent.

There’s no shortage of writers taking on the challenge of helping young adult readers become more comfortable talking about sex and consent (and doing it extremely well), but while my reading wasn’t exhaustive, I noticed that most of the books that stood out to me for their positive representations of consent — like Francesca Zappia’s "Eliza and her Monsters," with its lovely scene describing a girl giving a boy permission for a future surprise kiss — were written from the point of view of the girls. While that makes sense given how many female writers and readers there are in the YA field, I’ve been finding myself increasingly frustrated with how normal it is for girls to be the focus of consent education, not to mention rape prevention.

With that in mind, I decided to try writing about consent from the perspective of a boy. My narrator, Pack, is in a committed relationship with his girlfriend, Maddie, and his dad is a single parent. I really wanted to show the good in all these things: I wanted Pack and Maddie to be having good, consensual sex; I wanted Pack’s father to be someone who’s willing to talk to his son about hard topics and do some teaching, even if it’s awkward sometimes.

The approach I took was very, very literal. Pack’s dad makes clear that consent is everything (and birth control, too). Pack takes this to mean he has to ask permission at every stage, and that turns into part of his and Maddie’s foreplay. The goal wasn’t to imply that consent can only happen in this literal form, but it was fun to write it that way, and it was even more fun to flip the script later in the book and have Maddie take charge, requiring consent from Pack at every stage. The fun was the point — I wanted to show that explicitly incorporating consent into sexual play could be fun, and I wanted to show it could go in all directions and take multiple forms. Most important, I wanted to show that it’s all about communication.

It may well be that we don’t need someone to take such a basic approach, especially given the level of sophistication in many of the YA books I read, but I’m of the view that there can never be too many positive examples of good consent in fiction given what’s happening in the world. Until sex education improves, which is unlikely under this administration, we run the risk that teenagers will get their information exclusively from the internet. And while the internet has a plethora of information about anything a curious researcher might want, there’s also a plethora of misinformation, and it’s not a given that children and teens (or even adults, for that matter) know how to filter the useful from the harmful.

That’s where writers can and should step in, along with anyone else who is in a position to place the right books in teenagers’ hands, whether they are parents, teachers, librarians, coaches or friends. We aren’t a replacement for proper sexual education, but if we can’t count on the education system itself to do a good job, then we have to share responsibility to educate kids as best we can, without rendering moral judgments or talking down to them. Those of us who have a hard time taking on this challenge shouldn’t be off the hook; in fact, maybe it’s even more important for us to try, given that our teenage selves are the target audience here. If we want young adults to grow up with better, healthier, more honest attitudes toward sex and consent than many of us did, we don’t really have a choice.

"Blockers" flips the script on virginity

Could this sex comedy change Hollywood?

Michelle Falkoff is the author of the young adult novels "Questions I Want to Ask You" (May 2018,  HarperCollins/HarperTeen), "Pushing Perfect" (2016, HarperTeen) and "Playlist for the Dead" (2015; HarperTeen). She serves as director of communication and legal reasoning at Northwestern Pritzker School of Law, where she is a Public Voices Fellow through the Op-Ed Project. You can visit her at michellefalkoff.com.