Donald Trump is "sullying the dream that America once was," Ronald Reagan's daughter claims 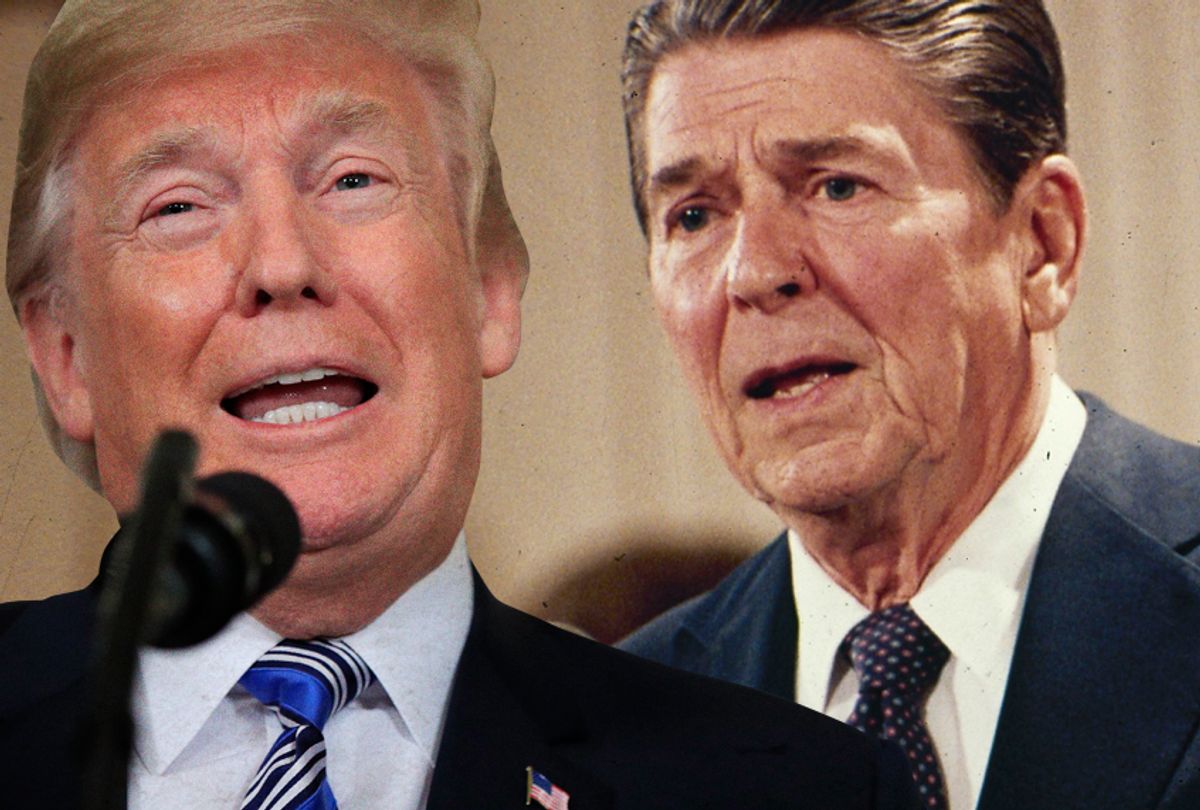 On the eve of the anniversary of her father's June 5, 2004 death, Davis has penned an opinion piece in The Washington Post, in which she writes that Reagan would be "pretty horrified at where we’ve come to" as a nation.

"He would be appalled and heartbroken," Davis says, "at a Congress that refuses to stand up to a president who not only seems ignorant of the Constitution, but who also attempts at every turn to dismantle and mock our system of checks and balances."

Davis also mentions heightened tensions among the U.S. and other world powers. On Monday, a new report surfaced of a "bad" phone call Trump allegedly had with French President Emmanuel Macron following his decision to slap aluminum and steel tariffs on U.S. allies.

"It was terrible," an unnamed source told CNN. "Macron thought he would be able to speak his mind, based on the relationship. But Trump can't handle being criticized like that."

Davis writes that her father "would plead with Americans to recognize that the caustic, destructive language emanating from our current president is sullying the dream that America once was."

"And, in a time of increased tensions in the world, playing verbal Russian roulette is not leadership," she continues. "It’s madness."

"[My father] would point to one of the pillars of our freedom — a free press — which sets us apart from dictatorships and countries ruled by despots. He didn’t always like the press — no president does — but the idea of relentlessly attacking the media as the enemy would never have occurred to him," Davis adds. "And if someone else had done so, he wouldn’t have tolerated it."

Davis also points fingers to the Trump administration's heated war on immigration. The president infamously kicked off his 2016 presidential campaign with a racially-charged attack aimed at Mexican people.

"[Reagan] would ask us to think about the Statue of Liberty and the light she holds for immigrants coming to America for a better life. Immigrants like his ancestors, who persevered despite prejudice and signs that read 'No Irish or dogs allowed,'" Davis continues. "There is a difference between immigration laws and cruelty. He believed in laws; he hated cruelty."

Recently, the White House came under intense scrutiny after reports revealed that the government had lost track of close to 1,500 immigrant children who had crossed the border unaccompanied by an adult and were placed in foster care. HHS Deputy Secretary Eric Hargan publicly disputed the allegations by insisting the minors were not lost but rather could not be reached.

"While there are many possible reasons for this, in many cases sponsors cannot be reached, because they themselves are illegal aliens and do not want to be reached by federal authorities," he said.

Davis also mentions how she once publicly voiced her opinion about another president — her father. She famously rebelled against the Reagan administration by participating in demonstrations against the buildup of nuclear weapons.

"My strident protests against some of my father's policies definitely got his attention, which was what I intended," Davis writes, "but they also wounded him, which was not my intention." (She also notes she was eventually able to "sit with him and tell him my regrets.")

Davis is not the first individual from the Reagan era who has rebelled against Trump. Bruce Bartlett, who served as a White House adviser under Davis' father, was asked by Salon's Chauncey DeVega if the GOP could be saved.