The patented solution for paying off the national debt

The path to debt repayment is simple: we sell off patents 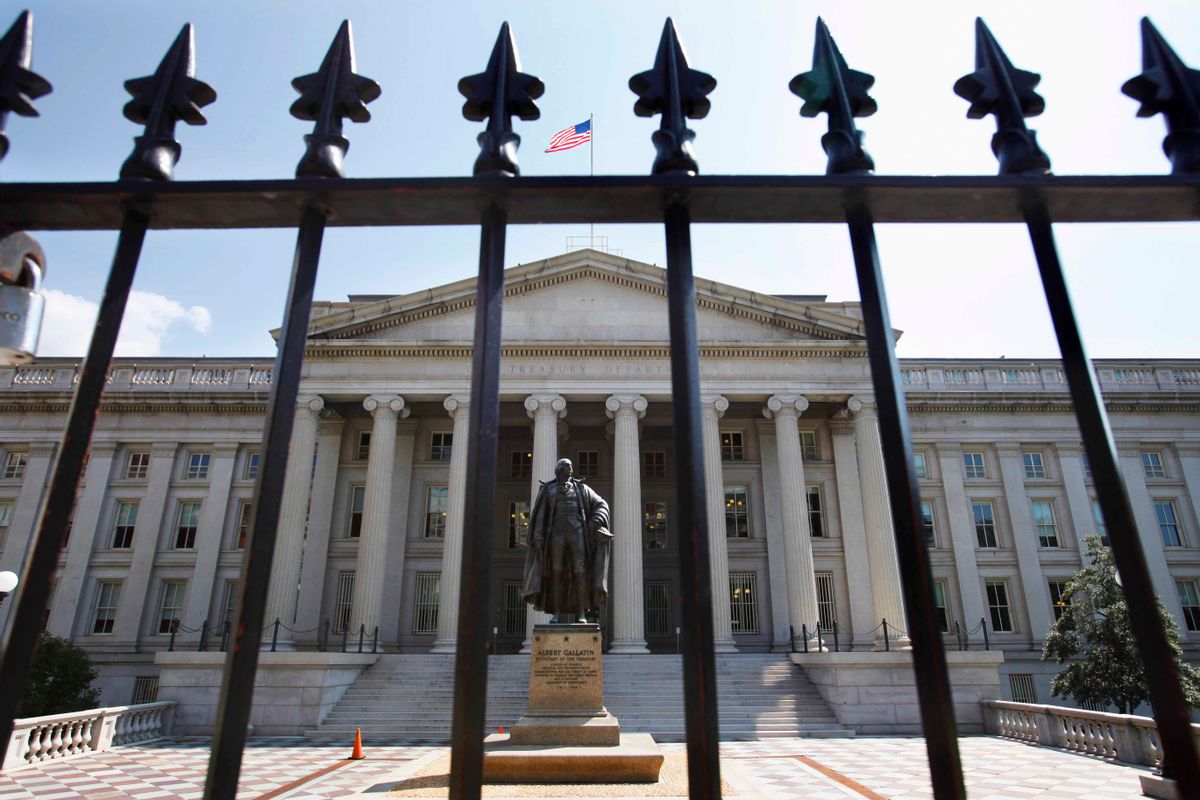 With the jump in projected deficits due to the Republican tax cuts, the deficit hawks are preparing for a battle the next time Democrats gain control of the White House. We can count on their thoughtful insistence that, however desirable, we can't possibly spend more money on child care, health care, or other neglected areas.

This is why we should get out front and preemptively pay off the national debt even while Republicans still control the government. The path to debt repayment is simple: we sell off patents.

To remind folks, patents are government-granted monopolies. We give them to people and companies, ostensibly to promote innovation. They are tremendously valuable because these monopolies allow companies to charge prices that are far above the free market price.

This is most dramatic in the case of prescription drugs, where patent monopolies can allow companies to charge tens of thousands or even hundreds of thousands of dollars for drugs that would sell for a few hundred dollars in a free market. By my calculations, the gap between patented protected prices and free-market prices comes to more than $380 billion a year in prescription drugs alone.

If we add in the additional costs from patents in medical equipment, chemicals and other areas, as well as costs from copyright protection (especially in software), the amount of money directed by these government-granted monopolies could easily exceed $1 trillion a year or 5 percent of GDP. Selling off monopoly rights that generate an income of $1 trillion a year could certainly get us in the neighborhood of the $15 trillion national debt.

But all of the patent and copyright monopolies we see in the economy today are already owned, so the government would have to invent new ones. This isn't hard.

Some folks may be bothered by the fact that patents are supposed to be for innovations, but that is often not the case. After all, a company was able to get a patent on a peanut butter and jelly sandwich in 1997, many decades after tens of millions of kids had put the idea into practice.

Some folks may be bothered by the fact that assigning monopolies in this way is incredibly bad economics. After all, why should people be forced to pay money for actions they could otherwise do at no cost. This is incredibly inefficient.

While that claim is true, in Washington, no one considers efficiency when it comes to giving companies like Pfizer and Microsoft longer and stronger patents and copyrights. The idea is to give these companies more money. If that means making cheap drugs incredibly expensive, so what?

People in Washington only care about efficiency when we talk about something like a 10 percent tariff on manufactured goods, which could benefit ordinary workers. In that case, it is very important to highlight the cost to consumers and the economy of paying more due to this tariff. We can ignore a markup of 10,000 percent on lifesaving drugs because that benefits big drug companies.

We also know that the deficit hawk crew is not concerned about measures that could hurt the economy, they just want to reduce the debt. After all, if they cared about the state of the economy that we were passing down to future generations, the deficit hawks would be very troubled by the lasting hit the economy has suffered due to the needless austerity that they pushed back in 2010-2014. By delaying the recovery and needlessly keeping millions out of work, annual output is $1-$2 trillion lower (around $7,000 to $14,000 per family) today.

But the deficit hawks never discuss the damage that austerity has done to the economy, so we can conclude that they are not concerned about the state of the economy, just the size of the national debt. So let's make the deficit hawks happy. Who cares if we have to pay a fee every time we toast a slice of bread or make a cup of coffee, at least we will have paid off the national debt.