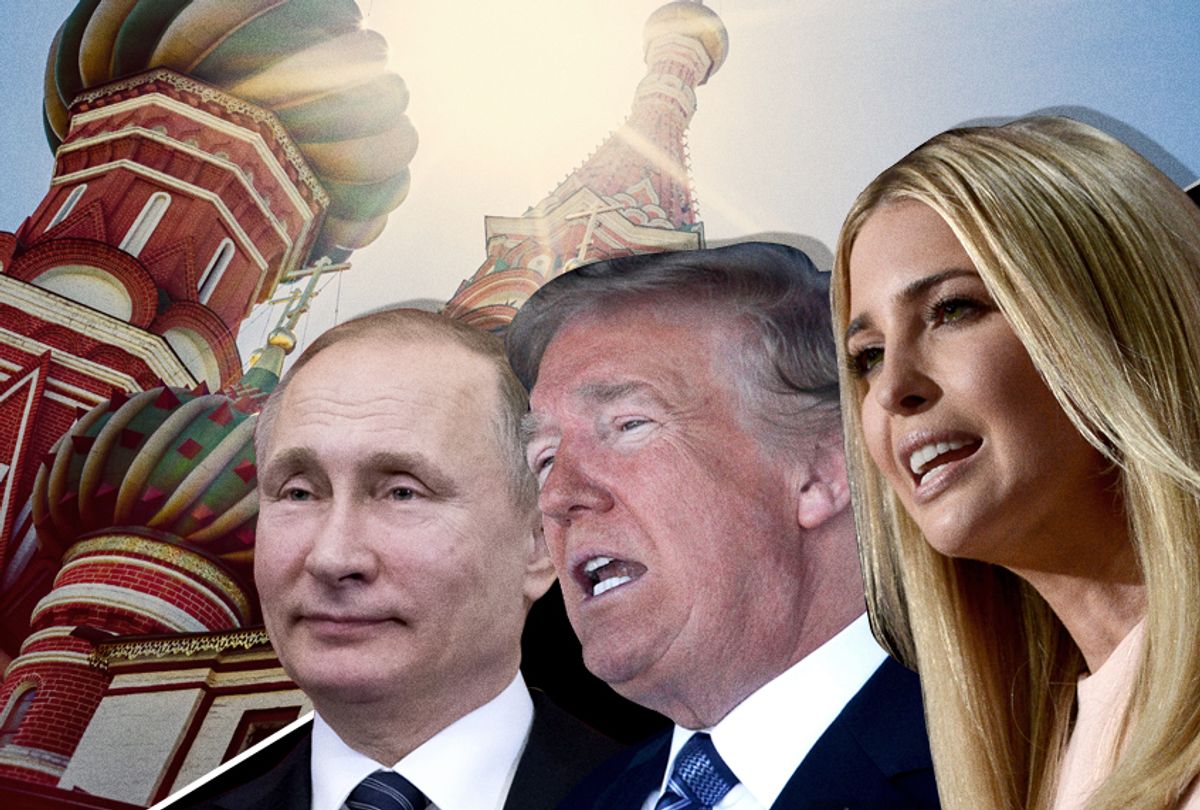 Potential new links between Donald Trump's inner circle and the Kremlin continue to come to the light. And the newest name to surface is none other than the president's eldest daughter Ivanka Trump, who is also a senior White House adviser.

The first daughter allegedly connected Michael Cohen, the president's embattled lawyer, to a Russian weightlifter in 2015 who said he could introduce Trump to Russian President Vladimir Putin, according to a shocking new report.

Champion heavy-weight weightlifter Dmitry Klokov suggested setting up the meeting in an effort to help facilitate the construction of the 100-story Trump World Tower Moscow, according to BuzzFeed News. But Cohen, who reportedly exchanged at least two emails and one phone call with the athlete, refused the offer.

The giant development project in Moscow, which was ultimately scrapped, originated prior to Trump's 2016 presidential campaign. It has raised questions about the ethical quagmire and potential conflicts of interest facing a president with unprecedented foreign business dealings — scrutiny he could possibly avoid by releasing his tax returns.

Trump has repeatedly denied any conflicts of interest and has transferred control of the Trump Organization to his two adult sons, Donald, Jr. and Eric.

Trump's Moscow project came under intense criticism after the New York Times published emails sent by one of his business associates, Felix Sater, about the project.

"Our boy can become president of the USA, and we can engineer it," Sater wrote in a 2015 email obtained by the New York Times. "I will get all of Putin's team to buy in on this. I will manage this process."

Sater also said in the email that he could arrange for Ivanka Trump to sit in Putin's "private chair at his desk and office in the Kremlin."

It is not known how Ivanka Trump could have come into contact with Klokov, or whether he would have been able to set up a meeting with Trump had Cohen not declined the assistance.

A spokesperson for Ivanka Trump's attorney told the outlet that she did not know about the Trump-Moscow project "until after a non-binding letter of intent had been signed, never talked to anyone outside the organization about the proposal and, even internally, was only minimally involved. Her only role was limited to reminding Mr. Cohen that, should an actual deal come to fruition (which it did not), the project, like any other with the Trump name, conform with the highest design and architectural standards."

Sen. Richard Burr (R-NC), chair of the Intelligence Committee, declined to comment on the alleged interaction, but told BuzzFeed that he could see how Russian athletes, like the country's oligarchs, might be lured into Russian politics.

"I can't speak specifically to athletes, but you see the oligarchs, and there is a model for them. And they do things on behalf of the country and on behalf of Putin at their own expense. They're not asked. They just assume the responsibility to do it, whether that's a mercenary army in Syria or it's screwing with elections, whether it's the hacking out of the St. Petersburg facility," Burr said. "So it's not a stretch to say if Putin allows oligarchs to make money – as long as they don’t get involved in politics and they do things that are beneficial to Putin – I could see athletes falling into the same category."

The report sheds a new spotlight on Cohen, the president's former personal attorney, who is under criminal investigation and who has played an integral role in many of Trump's biggest deals, including a relentless attempt to build the tallest building in Europe in the Russian capital.