"Of course, it has to be led by a man, because it is a very challenging position," Akbar Al Baker told reporters 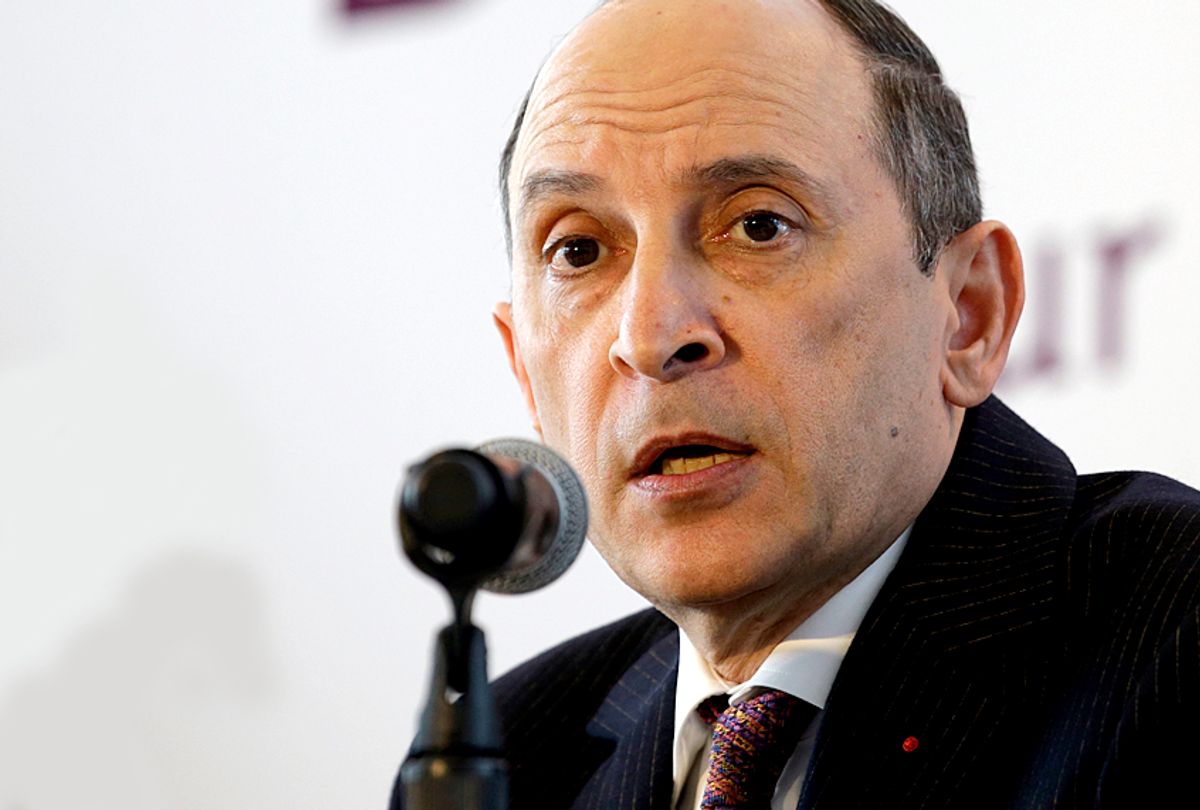 The chief executive of Qatar Airways, who has led the company since 1997, believes only a man could do his very challenging job. That's what Akbar Al Baker told reporters moments after becoming chair of the International Air Transport Association's (IATA) board of governors, according to Bloomberg News.

The CEO made his comment during a press conference in Sydney, where IATA held its annual meeting. And when Al Baker was asked about the significant gender disparity in Middle East aviation, he replied that it was not pertinent to Qatar, adding, "Of course, it has to be led by a man, because it is a very challenging position."

This response was met with loud groans and disapproval from journalists in the room, according to Bloomberg.

Al Baker also sits on the board of Heathrow, and the airport's chief executive, John Holland-Kaye, made it clear that neither he nor the airport share these views.

"Diversity and inclusion are part of our core values, and I have no doubt that a woman could carry out my role," he added.

In other companies, some rival airlines are making efforts to improve female representation, especially in leadership roles.

According to Qantas Airways Ltd.'s CEO, senior management is 40 percent female at the airline, including the heads of the international and frequent-flier loyalty businesses. "It’s the right business thing to do, and it’s the right moral thing to do," CEO Alan Joyce told Bloomberg.

But when it comes to Qatar, "It has long had and abysmal reputation for its treatment of its predominantly female cabin crew, at one time firing them for being pregnant," the Guardian writes. "The airline is believed to have eased some restrictions on the movement of its crew during non-working hours, which have included curfews, living in monitored accommodation and contractual bans on marriage without express company permission."

And just a day before Al Baker made his sexist declaration, IATA members from various airlines listened to a panel that sought to address the lack of representation of women in aviation. There are only two women on IATA's 31-member board of governors.

"We don’t underestimate the scope of work needed to address the gender challenge — covering process, policy and mindset,"Alexandre de Juniac, the director general of IATA told the Guardian. "A combination of individual action by airlines and collective action as industry will move us in the right direction."

While I am known in the media for some lightheartedness at press conferences, it is crucial that I emphasize the facts as I did today and the importance of women representatives in the airline industry.

Qatar Airways firmly believes in gender equality in the workplace and our airline has been a pioneer in our region in this regard, as the first airline to employ female pilots, as one of the first to train and employ female engineers and with females represented through to senior vice president positions within the airline. With a female work force of more than 33 percent, as I mentioned today, it would be my pleasure if I could help develop a female candidate to be the next CEO of Qatar Airways.