CNN’s Jim Acosta blasts Trump: He thinks he has "unchecked powers" and is "above the law"

“They feel as though the president because he is the head of the executive branch can fire whoever he wants." 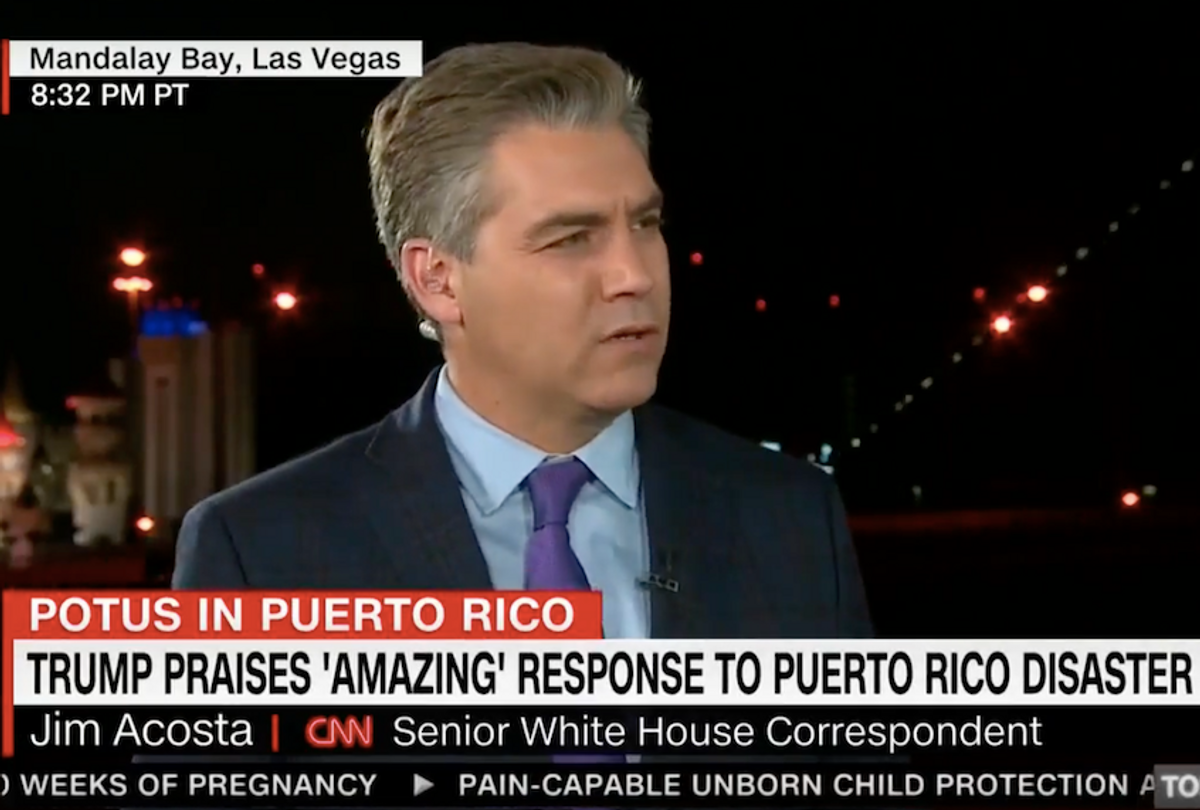 In the wake of Donald Trump’s assertion on Twitter that he has the “absolute right” to pardon himself in the case of indictment, CNN’s Wolf Blitzer and Jim Acosta described how the comments are “part of a larger strategy clearly by the president’s legal team to assert almost unlimited executive powers.”

“We’ve been hearing this from the president’s legal team for months,” Acosta noted. “They view that the president has almost sweeping unchecked powers when it comes to running the executive branch of government.”

The Monday morning tweet, the White House correspondent continued, suggests he and his lawyer and former NYC mayor Rudy Giuliani believe laws don’t apply to him.

“They feel as though the president because he is the head of the executive branch can fire whoever he wants,” Acosta explained. “And in some cases, it sounds like from the rationale laid out by Rudy Giuliani and the president that to some extent they feel the president is above the law.”

He went on to point out that “when Richard Nixon was in hot water back in the 1970s, the Justice Department said he could not pardon himself because that would put the president above the law.”

“But you saw President Trump this morning in another one of these tweetstorms saying that the special counsel investigation is unconstitutional and that they’re cooperating as much as they possibly can and so on,” Acosta said, noting that the claim is one of the White House’s latest talking points.

“How is it cooperative for the president and the executive branch, how can they say that sort of thing?” the correspondent questioned before wondering aloud how the president’s legal team “can lay out that kind of argument” when they have continuously attacked the DOJ and Mueller.