Sarah Huckabee Sanders says she has no regrets about false statements 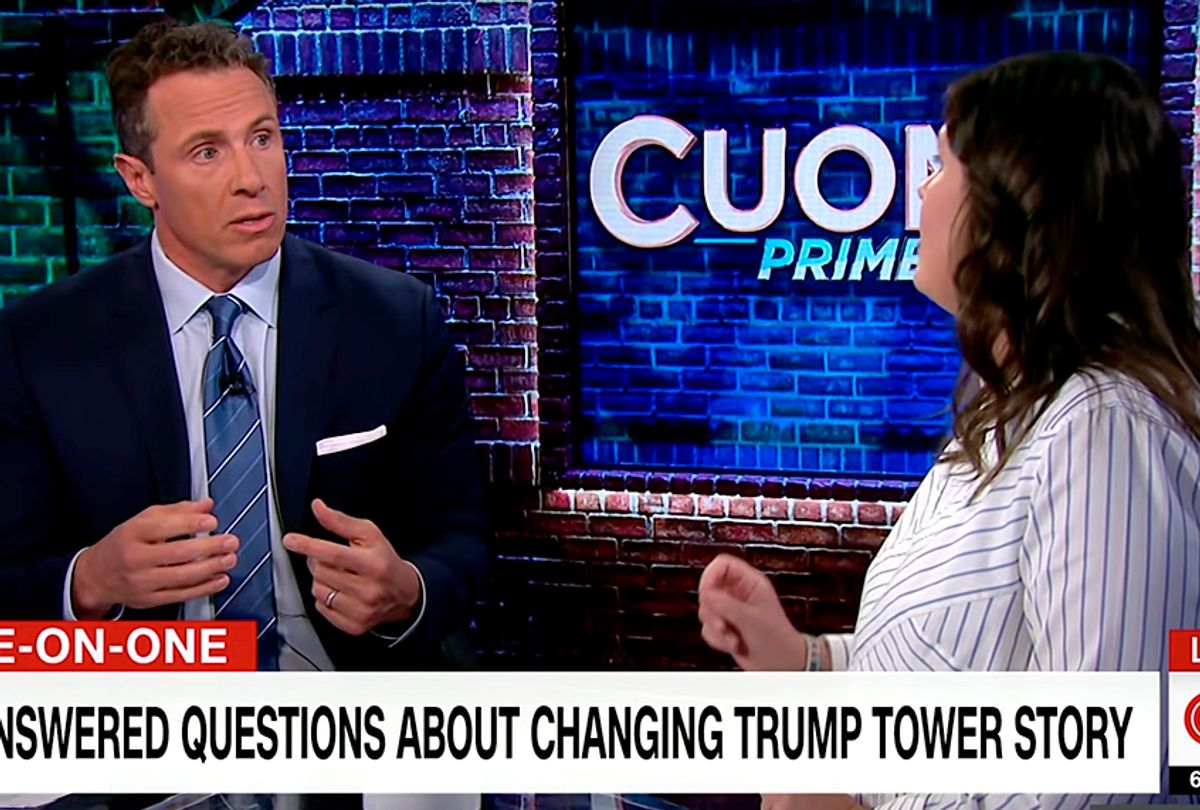 White House Press Secretary Sarah Huckabee Sanders refused to explain the inaccurate statements she made following the revelation that members of President Donald Trump's 2016 presidential campaign had secretly met with a Kremlin-connected attorney.

During an appearance on CNN on Wednesday, anchor Chris Cuomo grilled the press secretary for spewing falsehoods about who authored the official White House response to the controversial Trump Tower meeting that included Donald Trump, Jr.

"This is a legal matter, and the appropriate individuals to answer questions on a legal matter is the outside counsel, and I'd direct you to them," said Sanders. "I don't understand having to answer the same question over and over again."

"In all due respect, it's because you haven't answered it," Cuomo responded.

"That's not true," Sanders shot back. "I've answered it. You just didn't like the answer. There's a big difference between me not answering it and you not liking the answer."

After The New York Times reported about the June 2016 meeting, Donald Trump Jr. insisted the primary objective of the encounter was to discuss adoption policies between Russia and the U.S. However, advisers to the White House briefed on the meeting later revealed that the president's adult son was promised damaging information about presidential rival Hillary Clinton from the Russian lawyer before agreeing to the meeting.

"But credibility is something that people care about. Truth is something that people care about," said Cuomo. "Nobody thinks, except really right now the president and maybe you, in this moment that this is a witch hunt. These are real questions. This is a real investigation. We've seen real indictments and lots of different threads to this story."

Most recently, the president's outside counsel, Rudy Giuliani, admitted that Trump did dictate his son's statement. "The idea that the president's lawyer doesn't know what his role was in the drafting of that response, it just strains that credulity," continued Cuomo. "Common sense tells you that can't be . . . Why wasn't the story changed sooner?"

Sanders ended the interview by reiterating that she did not regret making a false statement last August that the president "certainly didn't dictate" the initial letter from Don Jr.