Asia Argento speaks out after chef Anthony Bourdain's death: "He was my love, my rock, my protector" 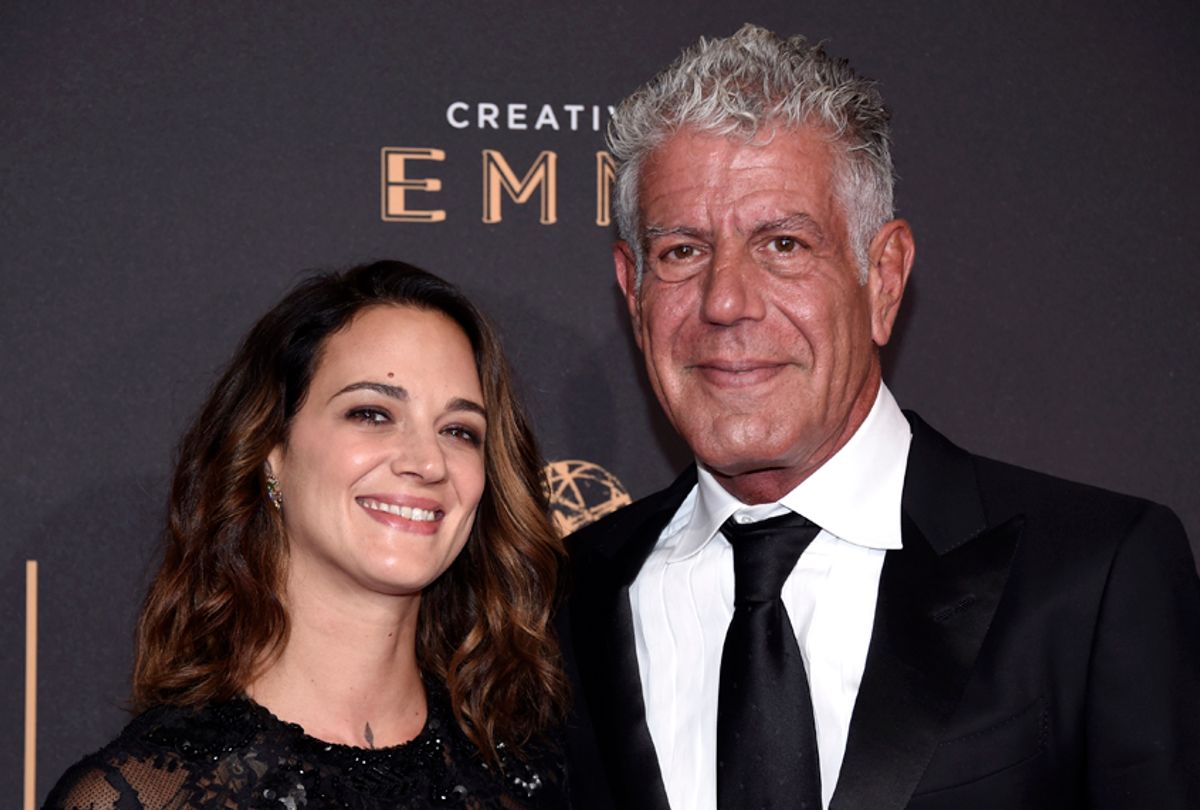 In the wake of the news that Anthony Bourdain has died from an apparent suicide at age 61, the acclaimed American chef and author's partner, Asia Argento, opened up to the world about her devastating loss.

"Anthony gave all of himself in everything that he did," the Italian actress and model said. "His brilliant, fearless spirit touched and inspired so many, and his generosity knew no bounds. He was my love, my rock, my protector. I am beyond devastated. My thoughts are with his family. I would ask that you respect their privacy and mine."

Earlier on Friday morning, CNN announced the death of Bourdain, the host of its Emmy-winning TV series "Parts Unknown."

"It is with extraordinary sadness we can confirm the death of our friend and colleague, Anthony Bourdain," CNN said in a statement. "His love of great adventure, new friends, fine food and drink and the remarkable stories of the world made him a unique storyteller. His talents never ceased to amaze us and we will miss him very much. Our thoughts and prayers are with his daughter and family at this incredibly difficult time."

Argento and Bourdain met when the two worked together on the Rome episode of "Parts Unknown" in 2016. Since then, Argento became heavily involved in Bourdain's creative process. She recently directed an episode of the series that was shot in Hong Kong.

"I want to spend as much time with her as I can," Bourdain told PEOPLE earlier this year of Argento. The chef explained that he saved about five days a month to spend with Ariane, his 11-year-old daughter with his ex-wife Ottavia Busia in New York, followed by trips to visit Argento in Italy.

He also told PEOPLE that the actress's presence has made him "happier for sure. It's nice to be with someone who I see as a peer."

"She's been in this circus since she was nine," Bourdain continued. "She knows so much more about so many of the things that are important to me — music, books, film, the technical aspects of film and just the weird state of celebrity, being somebody that people come up to. That's something she's dealt with a lot longer than me. I was 44 before that started happening. Whereas, it's been like that for her since she was a kid."

"This woman likes to work," he added. "She is strong, independent, creative and needs to have an obsession, needs to make things. I think we're both relieved by the fact that we both respect each other's work. Nobody's ever going to say, 'Oh, but you promised we were going to go to the beach.' No, you get a gig, that's it. Work first."

If you are thinking about suicide and self-harm, please call 1-800-273-8255 for the National Suicide Prevention Lifeline or text HOME to 741-741 for free, 24-hour support from the Crisis Text Line.