Corporate nondisclosure agreements force far too many women into silence. A new Senate bill aims to change that 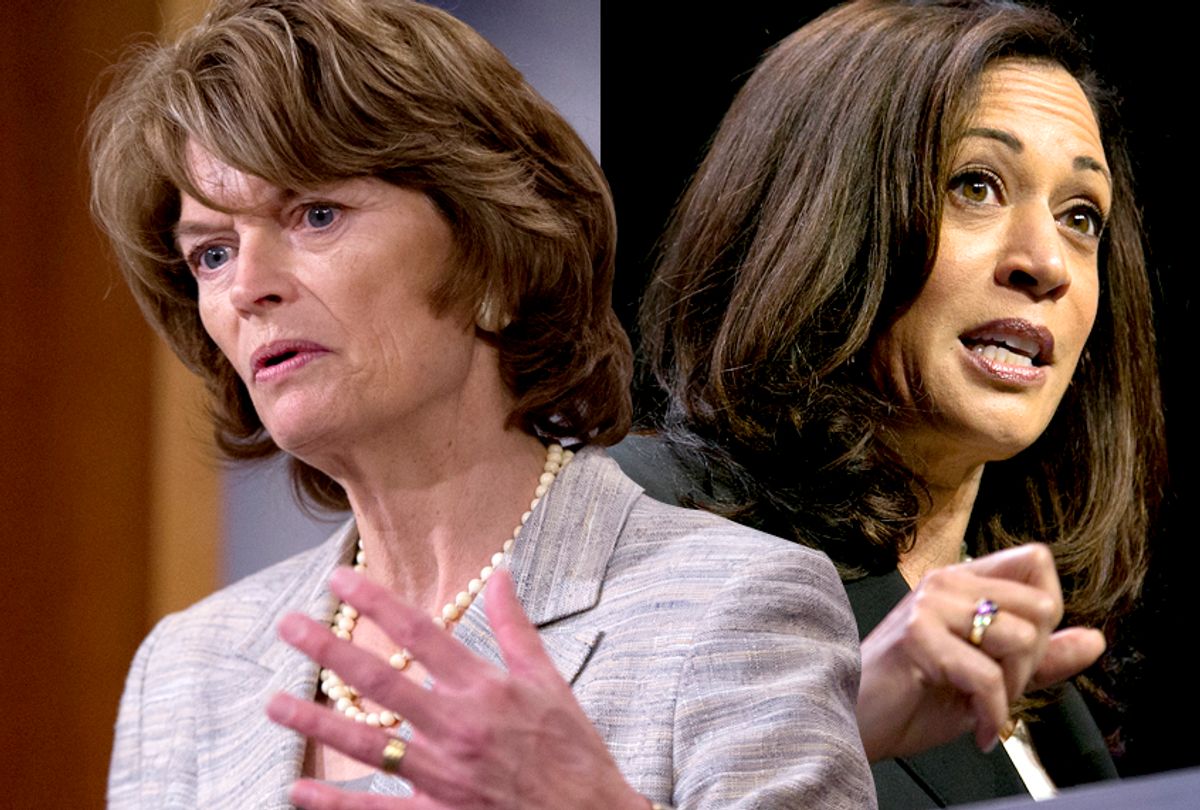 Amid our current political moment and the #MeToo movement, Americans have grown very familiar with the acronym NDA, which is short for "nondisclosure agreement." Donald Trump, we have learned, has a habit of slapping every person he encounters with one, and his alleged former lover Stormy Daniels has become famous by trying to wriggle out of the one she signed. Contracts that legally force silence on those who sign them are part of the reason that Bill O'Reilly, Roger Ailes, Harvey Weinstein, Matt Lauer and countless others were able to keep a lid on their allegedly abusive behavior for so long.

Now two female senators of different parties, Kamala Harris, D-Calif., and Lisa Murkowski, R-Alaska, have introduced a bill on called the EMPOWER Act (Ending the Monopoly of Power Over Workplace Harassment through Education and Reporting), that would seriously curtail the ability of sexual harassers to use NDAs to shield themselves from consequences.

“The culture of fear and silence created by perpetrators of sexual harassment in the workplace has existed for far too long and must come to an end," Harris said in a press release. "It’s time to address the gaps in our laws that allow this misconduct to go unpunished and keep it in the shadows.”

“The bill does a few things, most of which are aimed at creating more transparency around sexual harassment claims and judgments and ensuring that employers are less able to enforce secrecy on employees as a condition of doing the job," Emily Martin, vice president of education and workplace justice at the National Women's Law Center, told Salon.

The bill has three main components: It would create a hotline for anonymous reporting of sexual harassment to the Equal Employment Opportunity Commission (EEOC), would require public companies to disclose how much they're spending reconciling complaints, and, most interestingly, would stop employers from requiring employees to sign nondisclosure or non-disparagement contracts that cover workplace harassment as a condition of their employment.

“It can’t be that when you sign up on your first day, part of the paperwork you get is something that says, ‘I’ll never say anything bad about my employer in any particular context,’ unless it specifically makes clear that does not reach harassment allegations," Martin explained. "That gives individuals the ability to talk to the press, to talk online, to talk to other employees."

It's currently illegal for employers to use NDAs to block employees from filing complaints with the EEOC. However, these broadly written contracts often scare employees into thinking otherwise. This legislation will hopefully prevent that kind of confusion, whether it's intentional on the employer's part or not. But as the #MeToo movement has demonstrated, empowering people to speak to the press may be just as important, if not more so, than allowing them to file complaints, and that is what this bill would aim to do.

The proposed bill does not block the use of NDAs when an employee is leaving a company or as part of a settlement agreement, which means that employers will still have some leverage in silencing those who have stories to tell about harassment. Martin noted, however, that the bill does put new restrictions on these kinds of NDAs.

"There has to be something that the employee is getting out of it, and there has to be some mutuality," she explained, noting, for instance, that employees who sign non-disparagement agreements have leverage to get the same out of their employers now.

When it comes to the ability to "agree mutually to confidentiality," explained Juno Turner, an employment lawyer with the firm Outten & Golden, "that’s something that employees really do want."

Turner noted that by the time a settlement is reached, employees often just want to move on with their lives. In addition, Martin noted, there are concerns that employers won't reach settlements without the NDAs, so many lawyers feel it's necessary to create this leverage to benefit their clients.

Both Turner and Martin characterized this bill as important in its own right, but also as a good first step in what will hopefully be a growth of policy to restrict the power employers have over employees.

“#MeToo has done a great job of highlighting one particular aspect of employee rights that are routinely violated in the workplace, but there are many, many others as well," Turner said, adding that she would like to see future bills that cover racism and other forms of discrimination explicitly exempted from nondisclosure agreements.

Turner added that while restricting the use of NDAs is good policy, Congress should also make laws to prevent companies from forcing employees to sign arbitration clauses, especially in light of a recent Supreme Court decision that upheld forced-arbitration clauses that make class action lawsuits impossible. Legislation seeking to restrict those kinds of contracts has also been filed by a bipartisan group of senators, and Turner believes that passing it would help reduce sexual harassment as well.

These arbitration contracts force employees to sit down in a private meeting arranged by their employer instead of suing in open court, and the arbitration process is known to dramatically favor employers over employees. These contracts have gone a long way toward denying sexual harassment victims their day in court. Former Fox News anchor Gretchen Carlson, who believes that her arbitration contract denied her justice after Bill O'Reilly allegedly harassed her, has spoken out in favor of legislation restricting these contracts.

Taken together, the bills show the power of the #MeToo movement not just to take down famous and powerful men who have been sexually harassing women for years, but to advocate for real policy changes that could help women in all sorts of industries.

“This bill is a nice example of how the past many months of attention to this issue has helped generate some new, creative thinking about solutions," Martin said. "I don’t think this is the end of the policy conversation. But I think it’s a really exciting beginning to that conversation in Congress.”

Katie Couric reflects on power and the #MeToo moment

Longtime "Today" host joined Salon Talks for a conversation on gender inequality in the workplace.