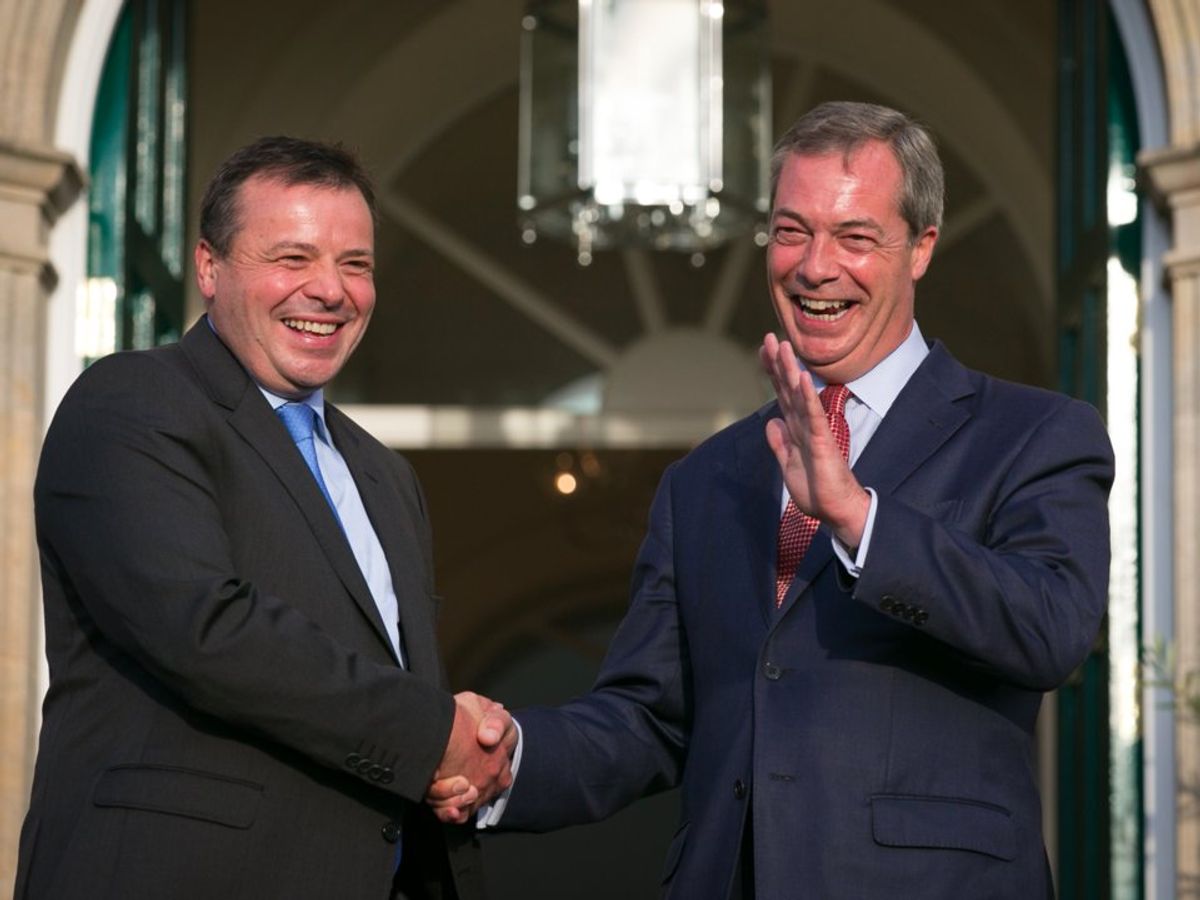 As federal investigators in the U.S. probe Russia's involvement in the 2016 presidential election, the United Kingdom has been conducting its own inquiry into Russia meddling.

U.K. officials have suspected that Leave.EU, the pro-Brexit campaign headed by UKIP leaders Nigel Farage and Arron Banks, received aid from Russia ahead of the pivotal referendum.

Banks, a wealthy businessman from Britain, has long denied any connection or relationship with Russia. Last November, after the U.K.'s electoral commission announced an investigation into Leave.EU's campaign donations, Banks emphatically denied any link to Russia, calling the allegations "complete bollocks from beginning to end." Banks has since maintained this credulity, yet new documents seen by The Guardian suggest he's been lying.

A Tory MP shared with The Guardian documents that detail a tight relationship between Banks and the Kremlin. The documents indicate Banks met with high-ranking Russian officials multiple times between November 2015 to 2017. Two of those meetings took place during the same week Leave.EU launched its official campaign, The Guardian reported.

Much of Banks' encounters with Russians involved business opportunities, including a multibillion-dollar offer to acquire Russian goldmines. U.K. officials believe these discussions turned political, as Banks had continued contact in the run-up to the U.S. elections. Banks' partner, Farage, was a vocal supporter of President Donald Trump's campaign and even stumped for him on the campaign trail.

Leave.EU launched its campaign on November 17, 2015, a day after Banks was invited to a meeting at the Russian Embassy. Cambridge Analytica, the data analytics firm that came under fire in the U.S. for its acquisition of private Facebook data, helped Banks start the campaign. Banks would later travel to Moscow, where he was set to meet with high-ranking Russian officials from the state-owned bank.

Banks was set to testify on Saturday before the Department for Digital, Culture, Media and Sport, but then the businessman announced he would not attend because, in his eyes, the committee was in cahoots with pro-Remain sympathizers. Damian Collins, the chair of the committee, told The Guardian on Saturday: “Russia is not our friend. And this new material raises questions of the most serious nature. If deals were brokered with Russian government help, it would raise urgent questions about Russian interference in our democracy. We urgently need Arron Banks to answer these and other questions. People will wonder if this is the real reason he has cancelled his appearance before the committee.”

The Guardian's report offers new evidence that Russia ran covert operations to disrupt democracies in the West. Trump himself certainly welcomed the results of the Brexit referendum, calling it a "great thing" and comparing his campaign to the pro-Leave crusade. Trump's political revolution may be more alike with Brexit than he has let on.

Like Banks and Trump, Russia President Vladimir Putin has denied any involvement in the contentious elections in Britain and the U.S.