About that hate crime at a western Illinois cemetery 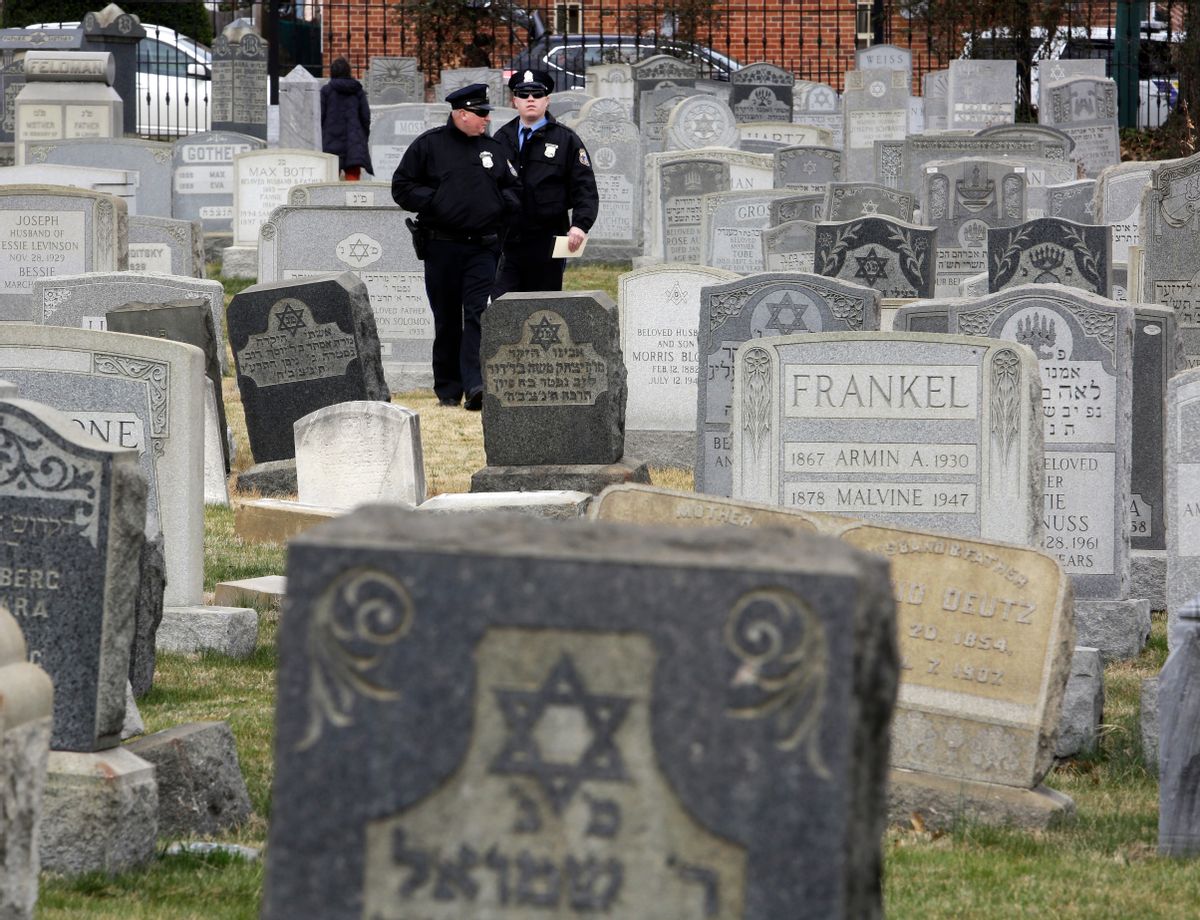 Last February, I took an Amtrak train from New York City to Philadelphia, where vandals had knocked over hundreds of headstones at a Jewish cemetery on Philadelphia’s Northeast side. I wanted to be there, and yet I also didn’t want to be there. The vandalism at Mount Carmel Cemetery was only the most recent example in a nationwide spate of threats and acts of violence over several weeks against Jewish communities. A Jewish cemetery in Missouri was similarly vandalized six days before I arrived at Mount Carmel, and there’d been more than 100 threats to Jewish community centers across the country since the beginning of 2016.

I don’t know if anyone was ever arrested for the vandalism at Mount Carmel. So when I read that 200 headstones and monuments were found spray-painted with swastikas in a western Illinois cemetery over Memorial Day weekend, I wondered if anyone would be held accountable for that crime, either.

But a suspect — a 34-year-old Glen Carbon, Illinois, man living with his parents not far from Sunset Hill Cemetery — was arrested within 24 hours. According to the Belleville News-Democrat, the man, who also was accused of vandalizing other nearby properties, was charged with three counts of institutional vandalism, one count of violating the Cemetery Protection Act, 14 counts of criminal damage to property and four counts of hate crime.

As we know from ProPublica’s Documenting Hate project, national recordkeeping on hate crimes and bias incidents in America is inadequate (see: “Why America Fails At Gathering Hate Crime Statistics” and “Why People Don’t Report Hate Incidents”). Even the definition of what constitutes a hate crime differs among local police agencies — which also contributes to why the number of hate crimes in America is likely vastly underreported.

So one question we’re asking: Will those hate crime charges from Glen Carbon be reported to the FBI? We’ll be keeping an eye out.