The "hurricane show" and the perils of poor planning

Fourteen tropical storms are predicted — yet as humans, we struggle to plan well for them. Psychology explains why 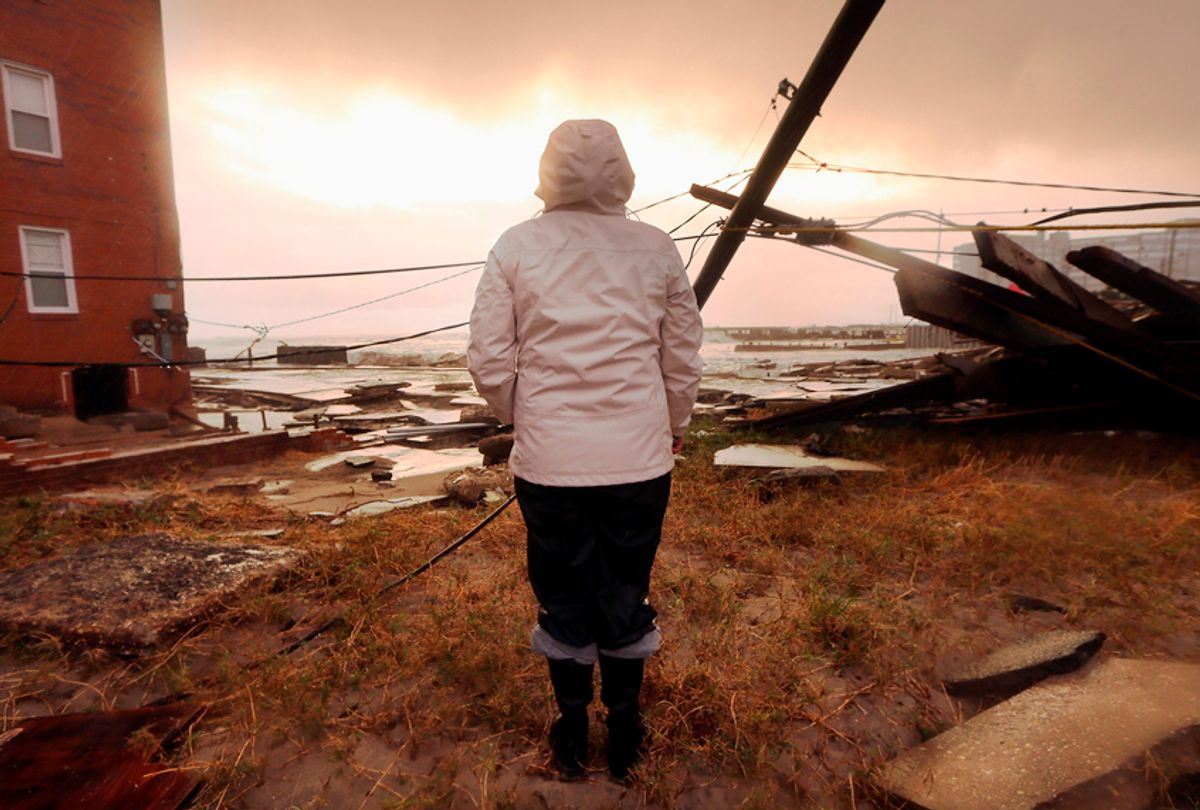 Forecasters at Colorado State University now predict the 2018 season will bring us 14 named storms, including six hurricanes and two major hurricanes. This outlook is somewhat worse than 2017’s, for which 11 tropical storms were foretold, with four apt to grow into hurricanes.

Climate scientists agree that, due to warming sea temperatures caused by the greenhouse effect, hurricanes on average will inexorably grow more frequent, more vicious. One meteorologist, Michael Mann of Penn State, calls for adding a sixth category to the Saffir-Simpson scale that normally measures hurricane strength on a scale of 1 to 5, to take into account the stronger storms.

Already, even before the season officially started on June 1, the first named tropical storm of 2018 — Alberto — rampaged through Cuba and the American South, unleashing heavy rains and winds and killing 12 people.

It’s not surprising, therefore, that as we watch storm coverage, in the back of our minds we nag at ourselves to prepare: to stock up on flashlight batteries, drinking water, canned food. Dr. Martin Seligman, a professor of psychology at University of Pennsylvania, might view this as reassuring behavior, typical of what he calls “Homo prospectus,” or the “planning human.” Humans are the only beings capable of non-instinctive planning, he asserts. Chimps, for example, don’t look much beyond the next banana. Orangutans don’t hoard batteries.

But where hurricanes are concerned, “Homo prospectus” is a joke. In fact, long-range hurricane predictions, and our reactions to them, suggest that the idea of humans as efficient planners is largely misguided. As a species we’re certainly able to speculate as far into the future as you like, but when it comes to actual, concrete planning, our behavior tends to be hopelessly short-term: an electronically mediated version of the “fight or flight” reflex.

Here’s what Lieutenant General Russel Honoré, who helped coordinate response to 2005’s Hurricane Katrina, told NPR about current U.S. efforts to plan for hurricanes: “You have to plan for the worst and hope for the best. Right now we are hoping for the best and not planning for the worst.” He pointed out that Louisiana’s levees, overwhelmed by Katrina, were built only to control snowmelt-related flooding in the Mississippi and are still inadequate for today’s storms. “We have tried to put a Band-Aid on it to deal with the last disaster,” he says.

Take Houston, devastated last summer by Hurricane Harvey, which killed 88 and caused $125 billion worth of damage. Despite the area’s history of devastating hurricanes, between 1996 and 2010 the metropolis blithely trashed 54,000 acres of water-absorbing wetlands. After Hurricane Ike, in 2008, concerned Houstonians mooted an “Ike Dike,” a barrier that would control storm surge in the Houston/Galveston area. The idea was talked to death, and Congressional support proved hard to secure; even after Harvey, the barrier has not been greenlighted.

Patchwork defenses have emerged in sections of New York City devastated by “Superstorm” Sandy in 2012 — in particular the Rockaway Beach area in Queens — but most of the city is as vulnerable as ever. A project known as “the Big U,” a horseshoe-shaped system of barrier berms and walls designed to protect downtown Manhattan from storm surge, has stalled from lack of funding. If and when it finally gets built, “the Big U might actually be half a J,” according to Mark Treyger, chairman of the city’s “resiliency” committee. Should another Sandy strike this year, Wall Street brokers will once again need kayaks to get to work.

Typical of this blasé attitude to future disaster is Donald Trump’s decision, just 11 days before Hurricane Harvey, to kill mandatory flood-protection rules, ensuring that from now on all federally funded construction will prove inadequate to resist the stronger hurricanes coming down the pike.

And as for Puerto Rico — the U.S. can’t even repair what’s left of the island after last year’s Hurricane Maria, let alone implement preventive measures. Recent revisions of the commonwealth’s hurricane-related death toll, from 64 (the U.S. government’s number) to somewhere between 793 and 8,498, starkly highlight how irresponsible, even criminal, is the country’s reluctance to take forceful preventive measures against hurricanes.

Why this lousy record on long-range planning for the one ape who supposedly looks ahead? A facet of behavioral economics provides a clue. Known as “hyperbolic discounting,” it describes how humans prefer immediate payoffs: basically, if we’re given the choice between $50 today and $100 in six months, we’ll take the 50 bucks now. If this is extrapolated to planning, we might well devote more energy to the immediate rewards of buying flashlight batteries than to the far greater benefits of building levees to fend off a devastating hurricane surge, and attendant power outages, five or 20 years hence.

How our perceptive systems are set up might also sap our ability to plan long-term. We assume that what we see, hear, touch, taste and smell reflects an accurate scan of our environment, but in fact the perceptive part of our brain spends equivalent energy looking for stuff it recognizes — what it’s seen before — as it does scanning for the truly new. The visual cortex of monkeys, for example, uses bandwidths of around 60 Hz to receive visual information; at the same time, it orders the brain to look for previously recognized shapes on frequencies of 10 to 20 Hz, according to research by Charles Gilbert of Rockefeller University. The same sort of informational trade-off applies to the human auditory system.

What this means, in terms of hurricane planning, is that we have an easier job looking for last year’s storm, which we clearly survived, than trying to imagine the deadlier but unknown storms that scientists tell us must inevitably come as a result of global warming and the overall rise in ocean levels.

But — what about the Dutch?

The Netherlands is famously prone to storm-related flooding, since a quarter of its territory lies below current sea levels and half of the country is highly prone to seawater intrusion. Ever since a devastating storm in 1953, which killed 1,800 people, the country has devoted enormous time and effort to preventive measures, through a binary system that pairs building giant dikes, high dunes and storm-surge barriers with deepening rivers and catchment areas in case there is a breach.

Are the Dutch, then, immune to hyperbolic discounting and the desensitizing effects of feedback?

Probably not. But their example illustrates one way forward. Flood control in Holland is run by 22 small, independent, local “water boards” (waterschappen), with an average of 500 employees per board, that assess danger and plan counteractive measures. They are funded by both local and national taxes; in a country of 17 million people, most of whom live in or near a flood zone, there are far fewer agencies, industries and lobbyists to brake proactive decision-making.

So the Dutch might have a lesson for us: The first step to adequate hurricane planning in the U.S. is to give generous funding and power to small groups, at the local level — where the storm hits first and hardest — so they can take immediate, site-specific action against what inevitably must come.

And don’t forget those flashlight batteries.

George Michelsen Foy is the author of  "Run the Storm: A Savage Hurricane, a Brave Crew, and the Wreck of the SS El Faro" (Scribner, May 2018).

George Michelsen Foy is the author of  "Run the Storm: A Savage Hurricane, a Brave Crew, and the Wreck of the SS El Faro" (Scribner, May 2018).