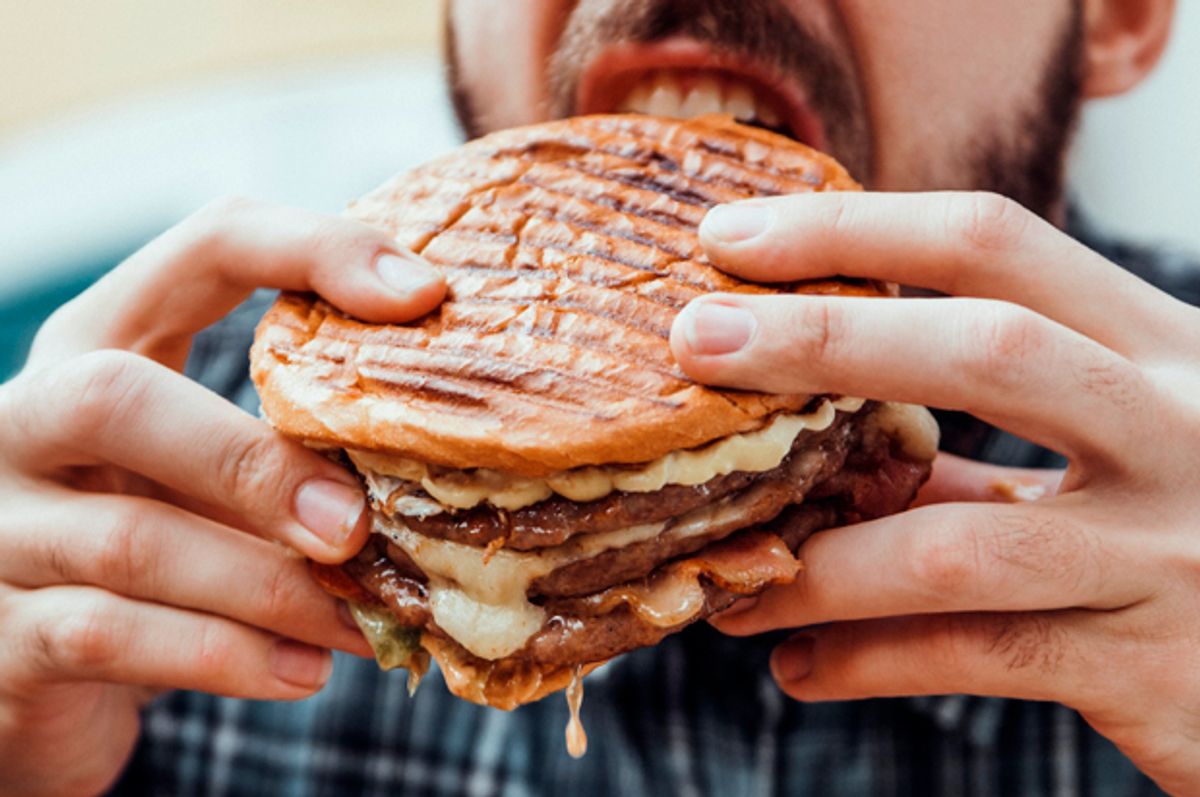 I'm from Texas and I'll always tell you my favorite burger is from Whataburger. Whether or not it's the best burger is beside the point. Eating a Whataburger burger transcends taste, because cooked into that patty and slathered on those buns are memories that no other burger could conjure—I taste football games and road trips and late-night snacks against the dusty backdrop of a Texas evening.

You’ve heard it here before and you’ll hear it here again: Eating is never just the simple act of consuming food and converting it to energy. While that’s certainly part of it, the food we eat is almost always implicated with meanings and associations that reveal histories, tell stories, and teach us about ourselves and the world around us.

And before I go on waxing romantic about food and identity and how so much of who we are and what we like is informed by the foods we eat, let me just say that finally (for once?) science is on my side.

A new study coming out of New York University shows how the foods we like, and the degree to which we like them, is actually very dependent on the ways we identify ourselves as people. Or as the study states, “social identities can shape the evaluation of food pleasantness.”

But how did they determine this? The researchers zeroed in on two populations, two identity categories, whose intense culinary allegiances they knew they could count on: Canadians and Southerners. They wanted to see how steadfastly each group could remain to their iconic regional foods.

In the first study, the researchers prompted a group of 103 people from the South to rank food based on how pleasant, or tasty, they imagined it to be. The list of food included a mix of classically Southern foods and others, like tuna fish sandwiches and pizza, that weren't as much. They also asked the subjects to rank how strongly they identified as Southern. The surveys suggested that the more strongly someone identified as Southern, the more likely they were to prefer the classic Southern foods, like black eyed peas and catfish.

A follow-up study found that when Southerners were reminded of their Southerness, they were more likely to perceive Southern food as better tasting. In the lexicon of psychology, this process of "reminding" is called priming, and suggests that the stronger a subject was identifying at the moment of the test, the more likely they were to align themselves with their corresponding food.

The researchers found similar results with Canadian subjects, who were more likely to prefer the flavor of maple syrup over honey only after being primed, or reminded, of their Canadian identity.

So what does this tell us? Well, for starters, there’s a much stronger link between identity and taste than we've previously imagined. It seems that identity, or self identification with a larger group, can affect the way you perceive tastes, or tastiness. And it seems also that manipulating identity — in this experiment, by priming — can further affect the way people relate to food.

This reminds me of a conversation I had with Adam Gopnik a while back. Chatting about his most recent book, he reminded me that “mouth tastes inevitably become moral tastes,” that the way we taste is ultimately a decision. We imbue the acts of eating, savoring, with so much of ourselves and, in turn, they reflect so much back on us. It only makes sense then that our allegiances, be they geographic or not, would then have so much to do with the way we taste.