A Kennedy for millennials: RFK's egalitarian legacy is a progressive model

Millennials are taking up Robert F. Kennedy’s charge to serve 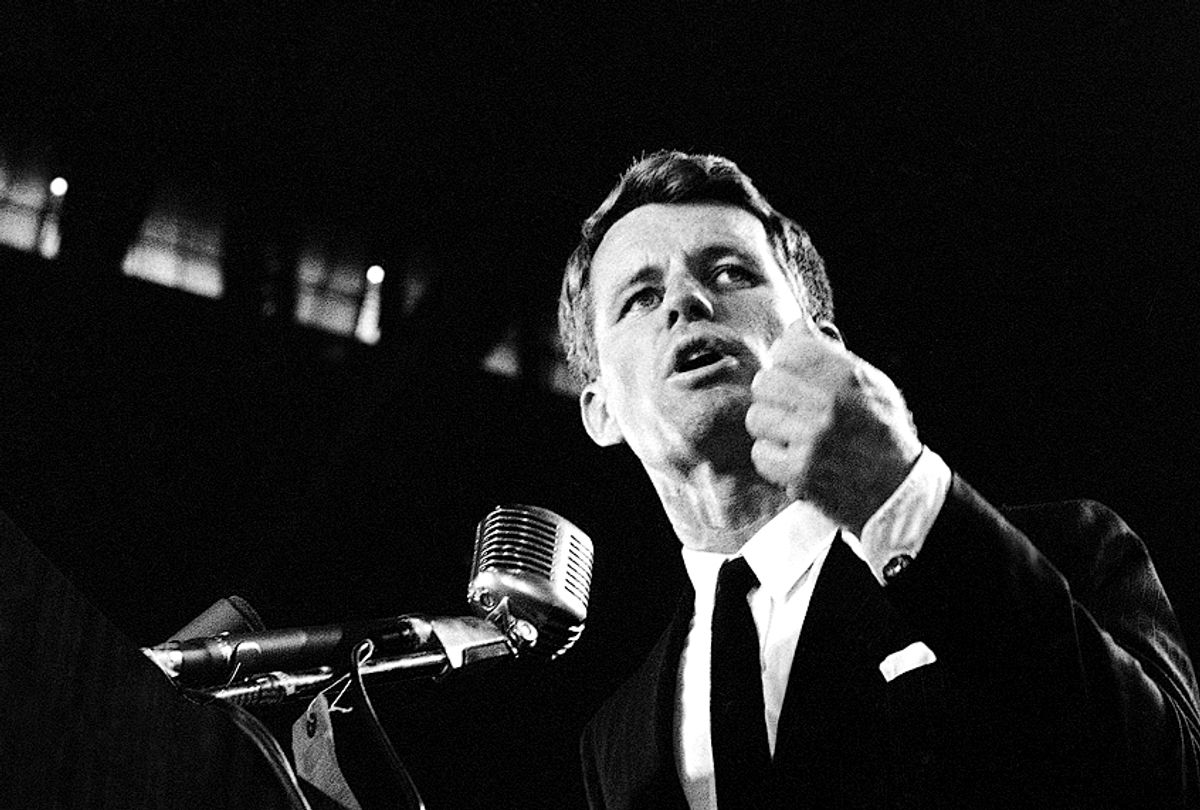 Last week, America marked the 50th anniversary of the assassination of Robert F. Kennedy. His historic and hopeful presidential campaign, which talked directly about the fundamental issues of poverty and inequality, inspired a generation of young Americans to public service. Like his brother, Kennedy adeptly assessed the value and potential of young people at a time when many in a divided country thought youth were failing the nation.

Two years before his death, RFK addressed a group of students in Cape Town, South Africa on the importance of service, delivering what has become one of his most notable lines:

Each time a man stands up for an ideal, or acts to improve the lot of others, or strikes out against injustice, he sends forth a tiny ripple of hope, and crossing each other from a million different centers of energy and daring those ripples build a current which can sweep down the mightiest walls of oppression and resistance.

Too often our country’s millennials get a bad rap. To some, we are too self-centered, idealistic and impatient to effectively address the most pressing issues facing the nation. Our reputation seemed to be so bad that for a time I considered “millennial” to be a pejorative term. Not anymore.

Fortunately, evidence suggests that they are.

Millennials are starting innovative companies and pushing for policies in the workplace to address everything from diversity and inclusion to socially responsible investing. When it comes to politics, more youth plan to vote in 2018 than they did in 2016, and according to Millennial Action Project, over 200 millennials are running for Congress this election cycle. They are running in every region of the country, for open seats and in contested primaries to help make a difference in their communities. This doesn’t even account for the thousands getting involved at the state and local level.

But it’s not just about running for office. One of the great challenges we face is the lack of diversity and inclusion of those involved in the policy-making process. Congressional staffs aren't terribly diverse, which has real-world consequences for constituents everywhere. Congressional staffers, particularly senior staff, help investigate and provide oversight of administrative agencies. They negotiate legislative language that becomes law and manage the budget and appropriations process, deciding how federal funding for everything from public schools to small business investment are allocated. When people of diverse backgrounds and experiences are left out of these decision-making rooms, entire swaths of the country are ignored.

This reality is part of what inspired us at the Joint Center to partner with the NALEO Educational Fund to develop an initiative called Staff Up Congress, which seeks to identify, counsel and promote individuals that want to fill policy positions on Capitol Hill. In a place that is in dire need of change, we see a surge in young people of color willing to serve on Capitol Hill and shape public policy.

No matter their politics, millennials are finding creative ways to positively impact their communities and country. Millennials are in a position to fundamentally change the direction of the country. They are setting aside a life of comfort to tackle tough issues, they are resisting the apathy that harms our institutions and they are working to transform our society.

I think Bobby Kennedy would be proud.

What's the unifying message for 2018?

Nation editor and publisher Katrina vanden Heuvel on the 2018 midterms and the Democratic Party's future.

Don Bell is director of the Black Talent Initiative at the Joint Center for Political and Economic Studies and a former president of the Senate Black Legislative Staff Caucus.