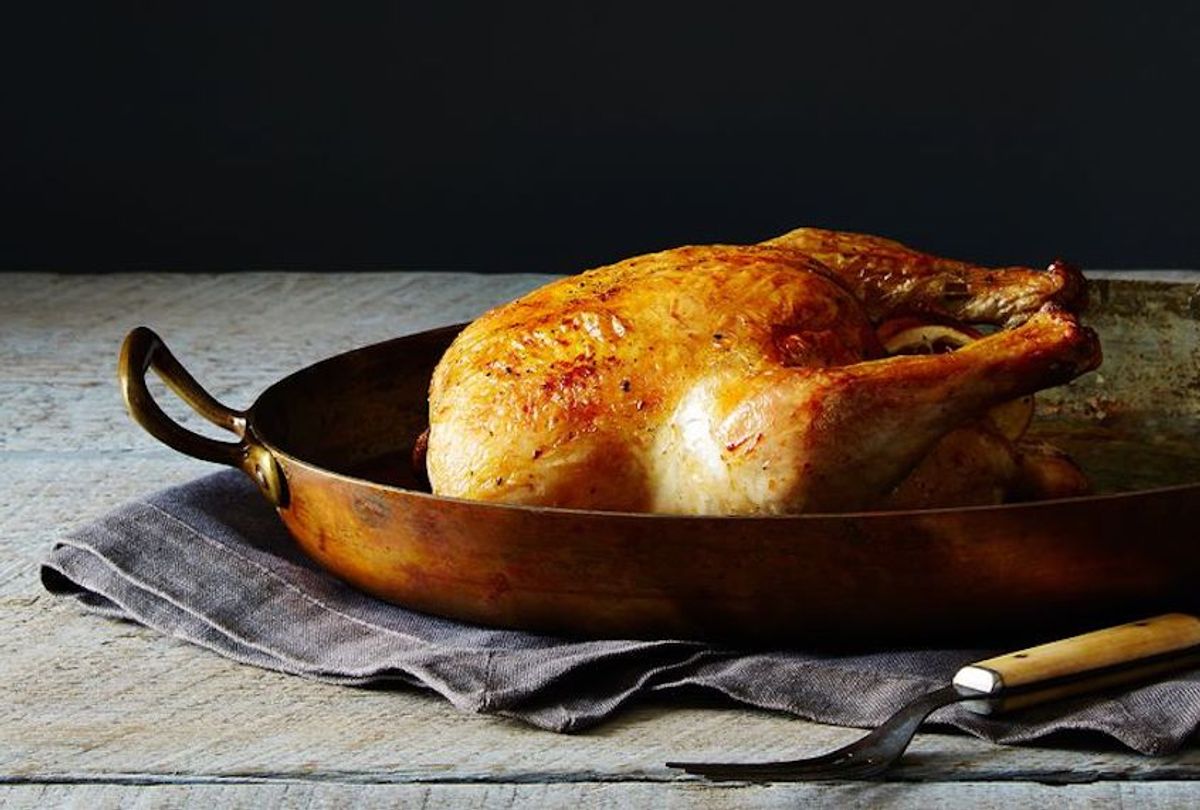 Last Friday, the world awoke to news of Barbara Kafka’s passing. At 84 years old, the culinary legend leaves behind a legacy 11 books deep and an indelible impact whose far reaches are still difficult to map.

Take, for instance, her roast chicken. We uploaded it to our site around this time in 2012 as a Genius Recipe. Since, it’s accrued upwards of 2,000 saves and remains our most popular recipe for roast chicken. Hers is a simple consultation: Stuff the chicken's cavity with the optional lemon, garlic, and butter, then cook the chicken in an oven on a roasting pan for 40 to 50 minutes, roughly 10 minutes per pound. To prevent juice runoff from crackling and sputtering in the scorching heat of the oven, Cook's Illustrated advises upholstering the bottom of your roasting pan with sturdy vegetables. 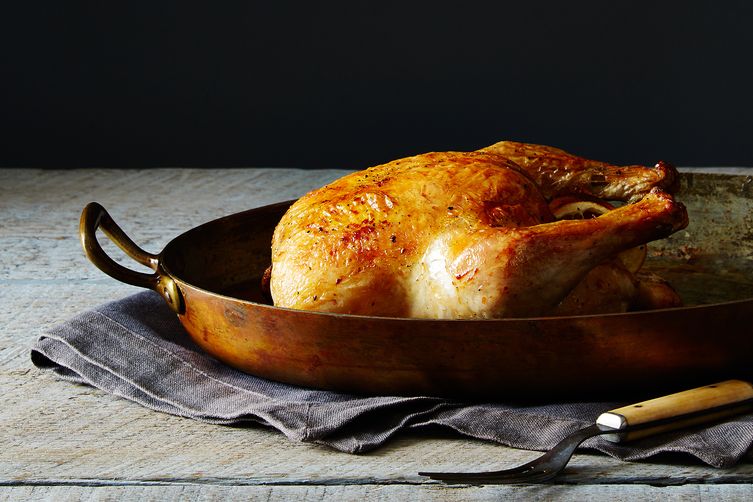 In her revered ode to the oven, the 1995 cookbook "Roasting," Barbara Kafka penned: “When in doubt, roast a chicken. When hurried, roast a chicken. Seeking simple pleasure? Roast a chicken.” Her aphorism centered the humble chicken, at its most simply prepared, as a worthy and all too possible pursuit. What one really needed, she insisted, was but a seasoned chicken and a very, very hot oven. Where Kafka, ever practical, ever persistent, defied convention was with her suggestion to roast the bird at 500° F.

In an interview with the San Jose Mercury News in 1995, Kafka famously said: “People are afraid of high heat. It takes some nerve to say that other, long-recommended temperatures are wimpy, to say to do it this way. But people have been taught to be chicken about temperature!”

Over the years, our community has revelled in the joy of her classic recipe. Our co-founder Merrill Stubbs unearths it once a year, astounded by its ease. “I use her roast chicken method to cook my Thanksgiving turkey every year," she says. "I first started doing this about five years ago, and it has changed the entire dynamic of Thanksgiving Day in my house: Because it cooks so quickly (and beautifully), it really simplifies the whole jockeying-for-oven-space conundrum, and I end up with much more time to bake my sides and desserts."

We’re seeing reports that the inimitable Barbara Kafka has died. Not only was she a brilliant writer and teacher, she was also a neighbor, living just 3 blocks away. Her visits were always bracing—she saw the world very distinctly—and they were also inspiring. We’ll miss her. . . #barbarakafka #microwavegourmet #highheatroasting

Another commenter had this to say: “I read all 87 comments before venturing into this. I went through the good and the bad, of which there was far more good. In my humble opinion, if you follow the directions, there is no way you can lose. I went with 10 minutes per pound on a 9 1/2 lb bird, set my convection oven at 450 and it worked like a Swiss watch. Exact. My husband is the de-boner of chickens in our house, and he was nearly through with the big boy when I stepped into the kitchen to taste the crispy skin; something not to be missed. The whole chicken was moist and flavorful. Try it, you will not be disappointed . . . if you follow the directions.” This chicken is but one flower in the large bouquet of Kafka’s accomplishments. She sought out ease and ingenuity in unexpected places. Her 1987 book "Microwave Gourmet" introduced the microwave as a viable, even elevated, tool for kitchen success. Kafka also logged a successful stint consulting for some New York's premiere restaurants. In 2007, she received the James Beard Lifetime Achievement Award for her decades-long commitment to American cooking.