U.S. should be "ashamed" of Trump's attack on Canada 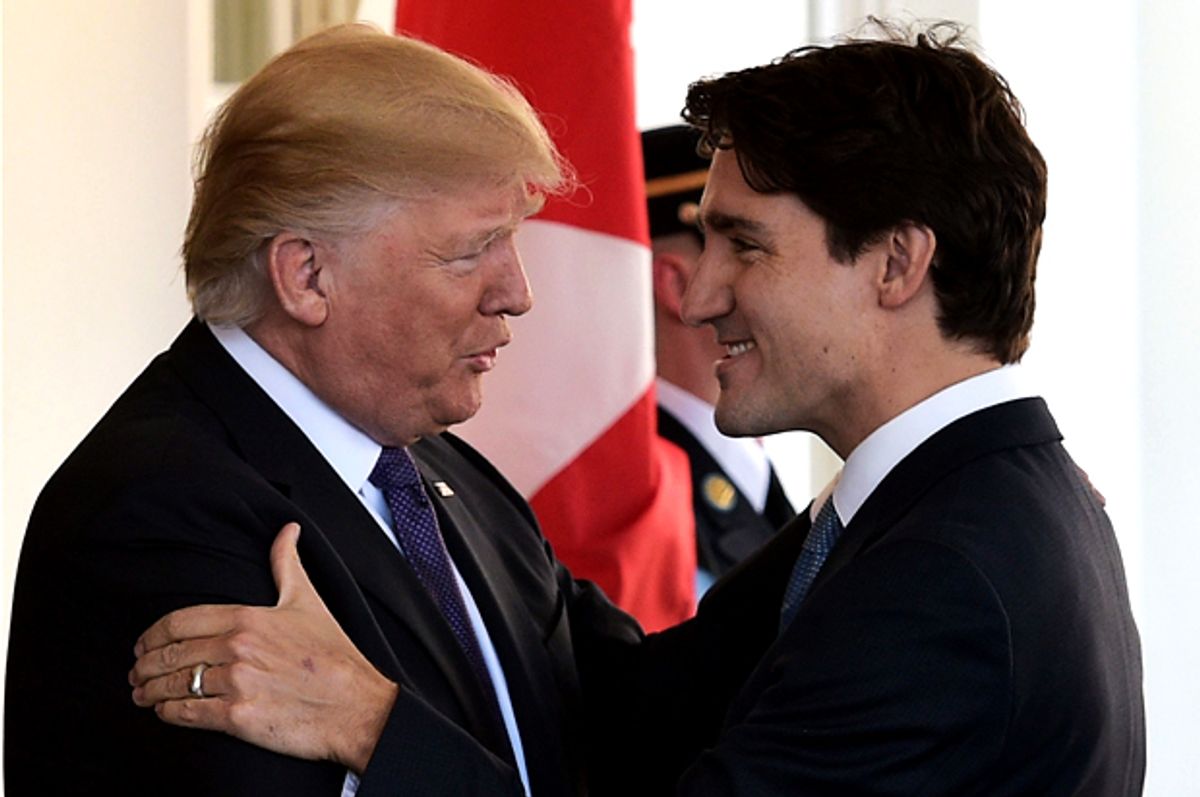 Hayden said he met the Trump administration’s attack on Trudeau with “a mixture of sadness and frankly anger, because no country deserves to be treated that way.”

“Certainly having officials in one government criticize the head of government in another country, I don't think where have ever seen that before,” Hayden said. “And for God’s sake doing it against Canada after the prime minister issued a fairly mild statement about the Canadians just standing their ground. And then to have him attacked on the Sunday morning talk shows."

"It reminded me every inch of [former White House press secretary] Sean Spicer going out there a day or two after the Inauguration clearly at the direction of the president, saying things that were clearly not true but he did it for personal survival," he added. "I saw the same kind of atmosphere in yesterday's commentary.”

"We are, by-and-large, integrated because we have common values and common legal systems and common strategic objectives," he said. Back to embarrassment — we, frankly, ought to feel a little bit ashamed for treating such a good friend the they they were treated yesterday from very high levels in our government.”