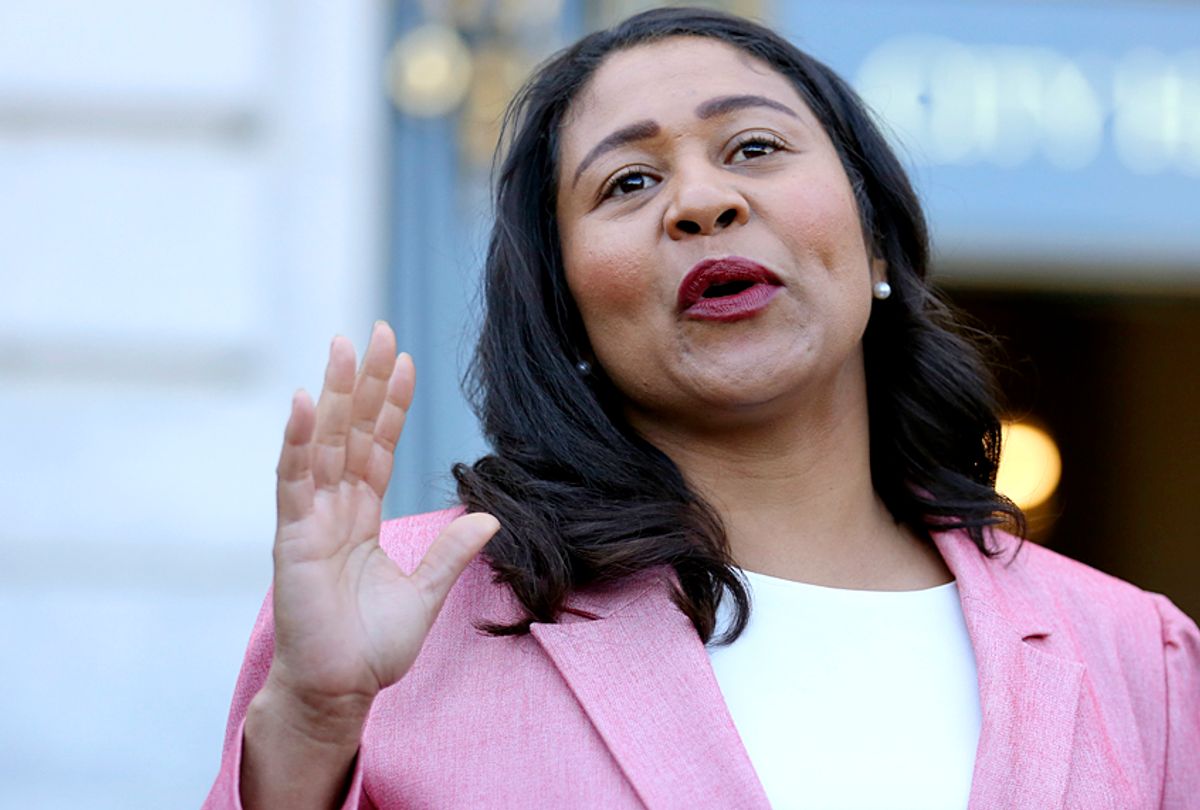 In an historic victory, an African-American woman has been elected mayor of San Francisco.

London Breed earned the groundbreaking achievement Wednesday after narrowly defeating an opponent who was hoping to become the first openly-gay man in the position. Her rival, Mark Leno, a former state senator, conceded the competitive mayoral race.

Breed will serve until 2020, finishing the term of the late Mayor Ed Lee, the first Asian-American mayor of San Francisco, who died suddenly in December at age 65. Lee's term ends early in 2020, and Breed will need to run again in November 2019 to receive a full four-year term.

Speaking briefly before reporters and supporters on the steps of City Hall, Breed, 43, said she was honored, humbled and optimistic about her city's future.

"I am so hopeful about the future of our city, and I am looking forward to serving as your mayor," she said. "I am truly humbled, and I am truly honored.

Breed also addressed the tight race, saying, "Whether you voted for me or not, as mayor, I will be your mayor too."

Ahead of Breed's press appearance on Wednesday, Leno called the mayor-elect to congratulate her on victory, according to the Associated Press.

"She is a remarkable young woman," Leno said. "She is going to do a very fine job, and we all wish her the best because her success is San Francisco's success."

Leno and Breed, both Democrats, faced off in a competitive race held June 5. It took eight days of tallying ballots after Election Day for Breed to gain a large enough lead to emerge victorious. With about 250,000 ballots tallied, she led Leno by a margin of less than one percentage point, or fewer than 2,000 votes.

Breed, who will take office in July, is only the second woman ever to be elected mayor of San Francisco. The first was Democratic U.S. Sen. Dianne Feinstein.

In November 2012, she was first elected to the Board of Supervisors — the legislative body for the county and city of San Francisco — and was reelected in November 2016. She was unanimously chosen to serve as Board President two months later.

After Lee's death, Breed served as interim mayor, making her the city's first black female chief executive. But weeks later, the majority of the Board of Supervisors voted to remove her from the temporary job — and instead appoint their colleague, Mark Farrell — in a move that outraged many of San Francisco's residents.

Those who voted for Breed's removal said the decision was aimed at ensuring a fair race in which Breed did not have the incumbent advantage, as both president of the Board of Supervisors and acting mayor. Supervisor Aaron Peskin had called the vote, saying Breed's two positions raised concerns regarding separation of power, ABC 7 News reported.

In January, Farrell, was sworn in to serve as acting mayor until the election, according to the ABC San Francisco station.

Breed referred to her humble origins in her press conference.

Born in San Francisco, the former executive director of the African American Art & Culture Complex was raised by her grandmother in the city's public housing system, according to her bio. They "drank powdered milk and ate meat from a can labeled 'pork,'" she told the Associated Press in a pre-election interview.

At City Hall, Breed honored her late grandmother, saying she "probably had a hand in this, looking down from the heavens." Her grandmother "took care of the community. She took care of me even on days when I didn't deserve it," Breed said.

When asked to reflect on her landmark victory, she said, "It's really amazing, and it's really an honor . . . I know it means so much to so many people."

"I think the message that this sends to the next generation of young people growing up in this city: that no matter where you come from – no matter what you decide to do in life – you can do anything you want to do," she said.

"Never let your circumstances determine your outcome in life."