"As our investigation reveals, the Trump Foundation was little more than a checkbook," Barbara Underwood claims 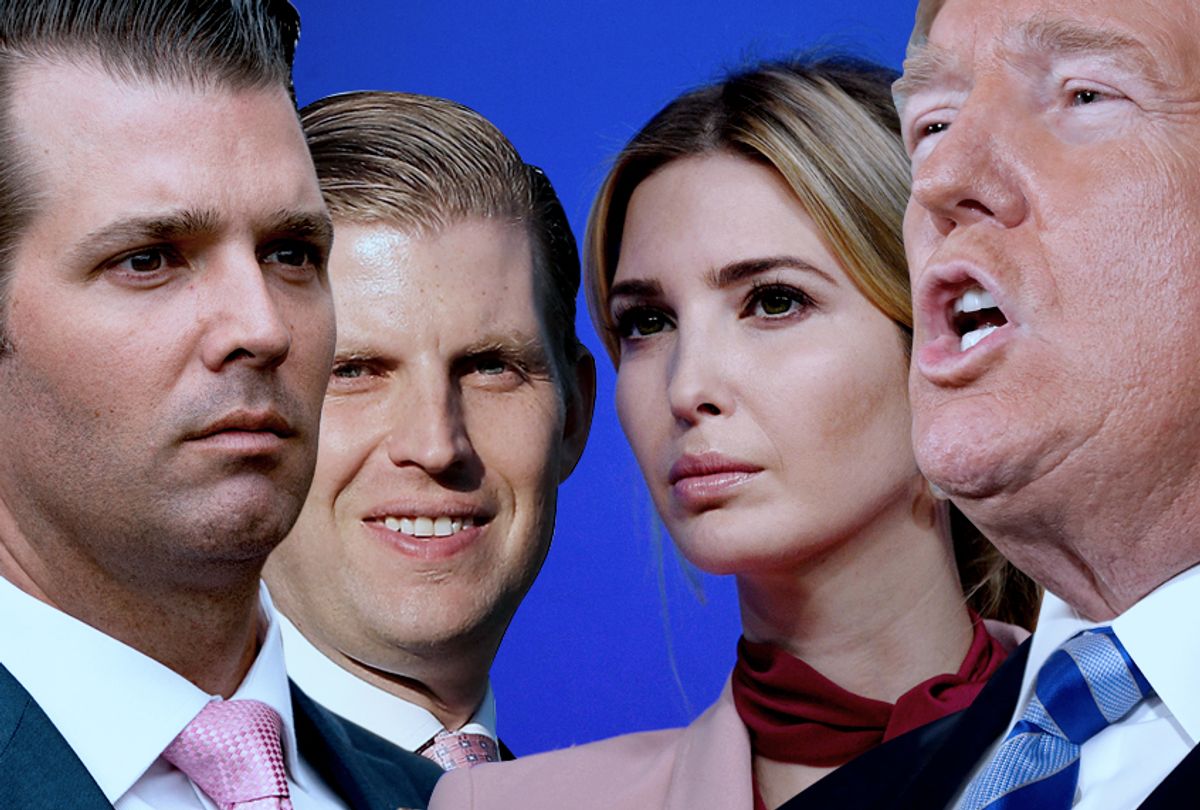 New York Attorney General Barbara Underwood filed a lawsuit against President Donald Trump and his charity, the Donald J. Trump Foundation, on Thursday, alleging that the president and his family illegally used the private foundation to cover business, personal and political expenses.

The lawsuit accuses the charity and the Trump family of illegal activity that took place over more than a decade, including "extensive unlawful political coordination with the Trump presidential campaign, repeated and willful self-dealing transactions to benefit Mr. Trump's personal and business interests and violations of basic legal obligations for non-profit foundations."

"As our investigation reveals, the Trump Foundation was little more than a checkbook for payments from Mr. Trump or his businesses to nonprofits, regardless of their purpose or legality," said Underwood in a statement. "This is not how private foundations should function, and my office intends to hold the foundation accountable for its misuse of charitable assets."

The lawsuit, filed in the New York State Supreme Court, seeks to dissolve the foundation.

"For more than a decade, the Donald J. Trump Foundation has operated in persistent violation of state and federal law governing New York State charities," the complaint states.

"This pattern of illegal conduct by the foundation and its board members includes improper and extensive political activity, repeated and willful self-dealing transactions and failure to follow basic fiduciary obligations or to implement event elementary corporate formalities required by law."

The complaint alleges that the charitable foundation engaged in illegal conduct by using public funding to promote Trump's 2016 presidential campaign, and that the foundation reaped more than $2.8 million to fund his electoral bid.

The lawsuit claims that Trump's campaign "extensively directed and coordinated the foundation's activities" in connection with an event for veterans in Iowa that Trump held in 2016 instead of participating in a presidential debate. The foundation allegedly helped to both organize and promote the event.

The attorney general cited emails showing that the campaign "played the lead in role in determining the disposition" of the fundraiser proceeds, including ones showing then-Trump campaign manager Corey Lewandowski communicating with foundation staffers about the distribution of the funds, according to the lawsuit.

The suit also claims that Trump personally directed the foundation staff to use $100,000 from the foundation in 2007 to settle a lawsuit against his Mar-a-Lago estate and the city of Palm Beach, Florida. It features a handwritten note by Trump ordering the transaction.

Trump responded to the lawsuit in a pair of tweets on Thursday by claiming he "won't settle this case!"