In a tribute to his life, the renowned physicist's voice also was projected to a black hole 3,500 light years away 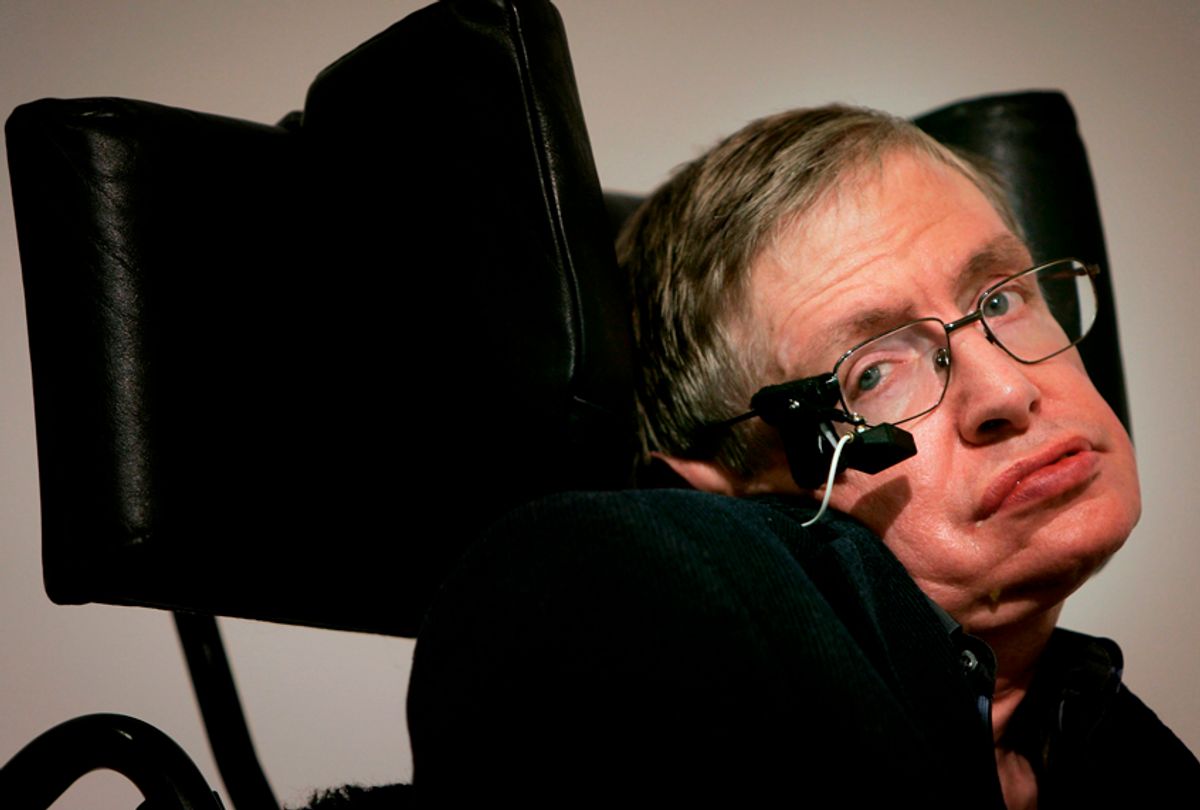 Thousands gathered for a memorial service at Westminster Abbey on Friday to pay their respects to the late world-renowned physicist Stephen Hawking. Hawking’s ashes were buried between the graves of fellow scientists, Sir Charles Darwin and Sir Issac Newton.

Hawking died in March 2018 from a slow-progressing form of Lou Gehrig’s disease at age 76.

As a tribute to the Hawking’s research in cosmology, the physicist's own voice was projected to a black hole 3,500 light years away. Vangelis, the composer behind the legendary Bladerunner and Chariots of Fire scores, wrote an original piece of music to encapsulate Hawking’s voice recording, which scientists beamed into space through a powerful antenna located in central Spain.

Hawking’s daughter, Lucy Hawking, said the audio recording speaks of a message of harmony, hope and peace on this planet.

“This is a beautiful and symbolic gesture that creates a link between our father’s presence on this planet, his wish to go into space and his explorations of the universe in his mind,” Lucy Hawking said.

The service itself was attended by 1,000 lucky individuals who received tickets via a public ballot of 25,000 applicants, as well as by Hawking’s family, friends and many famous faces.

“His name will live in the annals of science,” Lord Rees said. “Nobody else since Einstein has done more to deepen our understanding of space and time.”

Hawking’s first wife, Jane, also played an active role in the service, presiding over the interment of Hawking’s ashes, which were positioned in between Darwin and Newton in the” Scientist’s Corner,” where eighteen other renowned scientists have been buried at Westminster Abbey.

Others paid their final respects via social media, including the University of Cambridge, who tweeted a farewell to their beloved professor.

Sam Gyimah, a member of parliament, also honored the life of Hawking by promising new research fellowships to mathematicians and physicists on behalf of the “exceptional human being and one of our greatest scientists."

A group of 20 Paralympic volunteers from the 2012 London games even worked the service as ushers – a gesture they felt carries on the legacy of professor Hawking.

“It’s quite fitting in part to be here,” volunteer Colin Shannon said. “With Stephen Hawking being in the Paralympic Ceremony, we just felt it was important that we came and gave our last respects in the way we know best.”

Three students from the National Star College, an independent school for individuals of disabilities, also attended the memorial.

Rose Brown, Jason Felce and Jack Smith all use the same computer communication technology that Hawking used to speak.

“Professor Hawking has inspired me to be the best I can be and not let anything hold me back,” Felce said. “He has shown me that anything I want to achieve is possible.”