Boeing workers in S.C. have unionized, but Trump’s labor board could abolish it 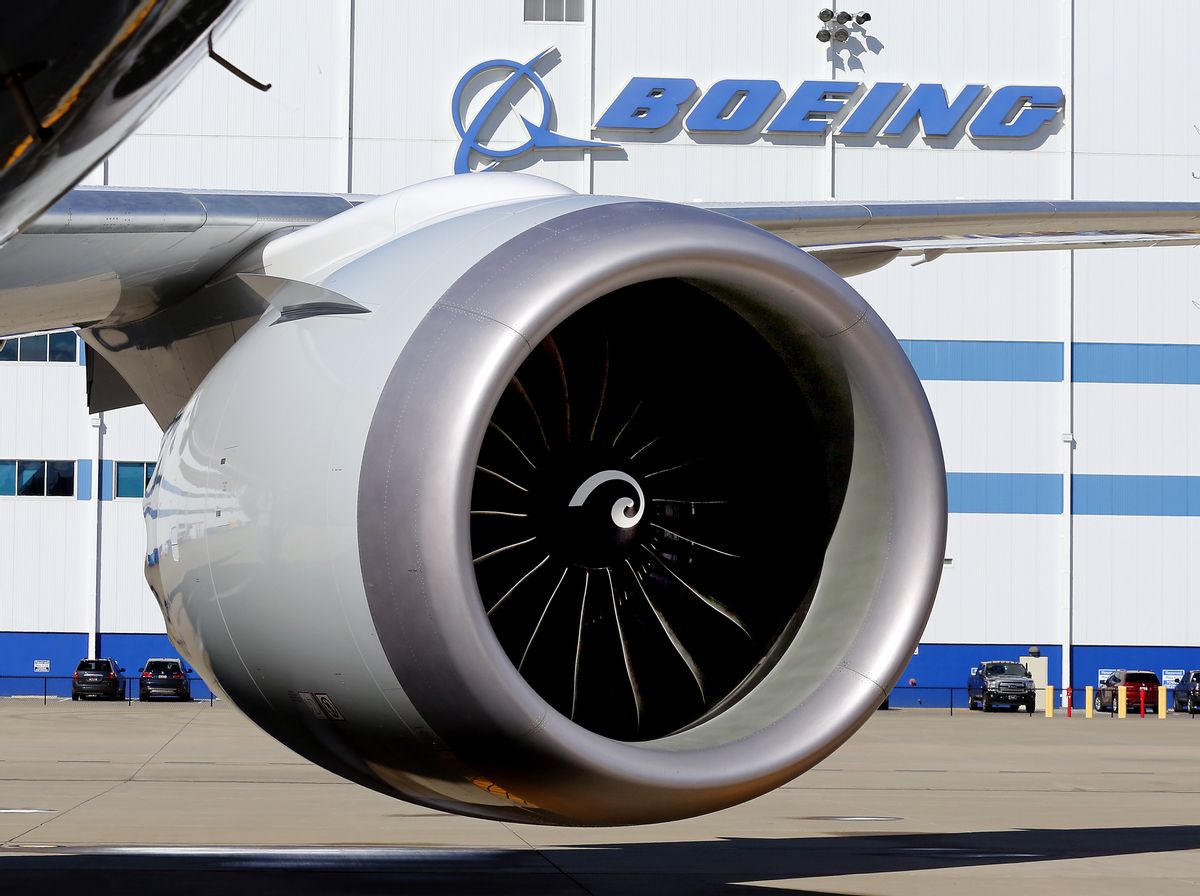 FILE - In this Tuesday, Feb. 16, 2016, file photo, an engine and part of a wing from the 100th 787 Dreamliner to be built at Boeing of South Carolina's North Charleston, S.C., facility are seen outside the plant. Boeing reports financial results on Wednesday, April 27, 2016. (Brad Nettles/The Post and Courier via AP, File) MANDATORY CREDIT (AP)
--

On May 31, technicians at the Boeing factory in North Charleston, South Carolina voted to unionize and join the International Association of Machinists and Aerospace Workers. However, Boeing has appealed the vote and Donald Trump’s GOP-controlled National Labor Relations Board (NLRB) could reverse the decision by ruling that workers had no right to hold the election to begin with.

Boeing built a Dreamliner factory in South Carolina in 2009, after its Washington workers went on strike four times in a roughly 22-year period at its previous Washington location. South Carolina is a “right to work” state with a small number of unionized workers. The NLRB filed a lawsuit against Boeing after the company moved, claiming that the relocation constituted union busting, targeting the machinists' union in Washington. In 2011, the NLRB dropped the case at the request of the union, after Boeing agreed to raise wages and expand its production back in Washington.

The May 31 labor victory follows two prior attempts to form a union. In 2015, the machinists withdrew a request for a union vote, claiming that a fair election couldn’t be held due to “an atmosphere of threats, harassment and unprecedented political interference.” Last year, the union suffered a huge defeat after employees voted 2,097-731 against joining the union.

This time, the union voted within a smaller bargaining unit, often referred to as a “micro unit,” and secured a 104-65 win on May 31. However, this win could be in jeopardy as Boeing has appealed the vote, arguing that the micro-unit election violates federal labor law. That challenge will be heard by the NLRB, which Trump has filled with pro-management forces since taking office, tipping the agency back to a 3-2 Republican majority.

There is reason to be concerned that the NLRB will side against workers. In 2017, Trump’s NLRB reversed an Obama-era ruling that made it easier for smaller bargaining units to organize for unionization, the very strategy that Boeing workers used to secure their recent victory.

Under the National Labor Relations Act, workers can petition the NLRB to hold a union election, while the board gets to rule on what constitutes an appropriate bargaining unit. In the 2011 Specialty Healthcare case, the NLRB determined that employers can’t petition to add more workers to a bargaining unit unless the added employees share an “overwhelming community of interest” with the workers already in the unit. The ruling, which made it more difficult for employers to thwart union efforts, was predictably opposed by business groups and large companies. “This makes it almost inevitable that any union target will eventually be organized,” lamented David French, the vice president of the National Retail Federation, in 2016.

In December 2017, Trump’s NLRB reversed the decision when ruling that a group of 100 welders at an Oregon company can’t legally organize without the participation of the other employees. “[Corporations] simply want to make it easier for employers to defeat an organizing campaign, by manipulating who is in a bargaining unit,” wrote the Economic Policy Institute’s Associate labor counsel Marni von Wilpert at the time. “By overturning this rule, the Trump administration has once again shown that it wants to make it harder for workers to organize and join unions.”

This May, an NLRB regional director in Seattle ruled that the welders can establish a union after all, despite the Specialty Healthcare reversal.

Despite the fact that the NLRB denied Boeing’s request for the election to be paused shortly before the vote, there is concern that the agency will side with the employer in response to the May 31 union vote. In addition to the board’s pro-management bent, there’s a looming conflict-of-interest worry. Although he’s been cleared to rule on the case by an NLRB ethics official, board member William Emanuel’s former law firm represented Boeing on a number of occasions.

Emanuel’s potential conflicts of interest were a major component of his confirmation hearing, and this February the NLRB voted to undo the reversal of an Obama-era ruling on joint employers, after it was revealed that Emanuel’s former law firm represented one of the parties involved. In a report on the matter, Inspector General David Berry wrote that “Member Emanuel’s participation … calls into question the validity of that decision and the confidence that the Board is performing its statutory duties.”

South Carolina’s Boeing plant was one of the first companies Trump visited after becoming president. “We're here to day to celebrate American engineering and American manufacturing,” Trump said at the event. “We're also here today to celebrate jobs. Jobs!” Five months later the factory announced a round of layoffs.