How Trump does regime change — at home!

Detect the telltale signs of the coming U.S. regime change, moving from democracy to Trumpian idolatry 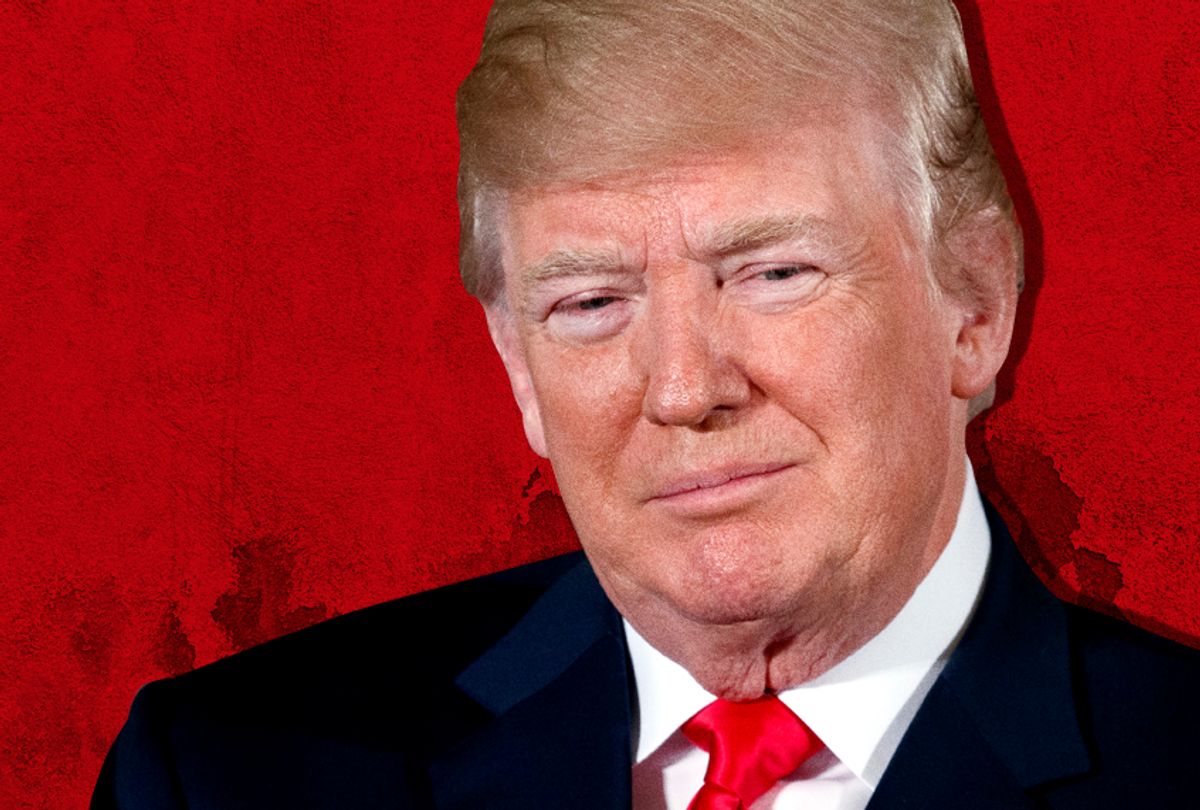 For all the talk about the lack of gratitude on the part of the United States’s European allies, how about reversing the perspective and exploring the lack of U.S. gratitude?

From today’s perspective, it appears somewhat unfortunate that the French helped the ragtag army of George Washington defeat the British troops of General Cornwallis at Yorktown back in October 1781.

Since the British troops and fleet outnumbered the American patriots, one can safely assume that, without French General Rochambeau and Admiral de Grasse, George Washington would have ended up hanged on British gallows, thus changing history forever.

The population of today’s rather (Dis-)United States of America would then likely be living under the benevolent tutelage of Queen Elisabeth II, under the firm local authority of Governor Nigel Farage.

Coincidentally, that is a fate many Americans would seem to prefer, judging by the vast number of people who got up at 4 a.m. on May 19 of this year to watch the ceremony of the princely wedding at the palace of Windsor.

For those who harbor such nostalgic and royal feelings, however, there is hope: Regime change is slowly, but surely coming to America.

Just consider Donald Trump’s downgrading of his Cabinet secretaries to the role of mere courtiers, as in the now famous televised meeting where secretary after secretary was required to proclaim his or her joy and happiness for the distinct honor of serving under President Trump (only one, Defense Secretary Mattis, dared to say that he was serving the flag, not the president).

That scene was eerily reminiscent of the photos of North Korean generals bowing to a beaming Kim Jong Un. That uncanny parallel makes it all the plainer why the White House recently rushed to print a commemorative medal of the soon-to-come meeting between the Supreme Leader Kim and our own Dear Leader. Two feathers of the same bird really!

Careful observers have also noticed other telltale signs of the coming regime change from democracy to idolatry, including the staging of a royal family in the United States. Just look at heir apparent Prince Donald Junior and his brother Prince Eric (the latter unlikely to accede to the throne, but who knows?).

Then there is the regal smile of Princess Ivanka, a welcome contrast to her perpetually frowning father.

Not to forget the reassuring guarantee for Chinese workers that they can continue to manufacture goods shipped to America, as long as their labor adds to the profit margins of the royal family.

Next, consider the splendor of Mar-a-Lago, this new Versailles and a stunning testimony to the bad taste of the “nouveaux riches.” It is a much-needed reprieve from the austere rigors of the White House. The only difference: Golf has replaced hunting as the king’s hobby. Good for the horses. They would have to labor very hard under the weight of the American Dear Leader.

Only fools blind to all these signs of regime change would fail to see the country’s drift to absolute monarchy. How else can one interpret the disastrous dysfunctionality of the U.S. Congress?

Trade policy has become a first core area where the Dear Leader has pushed aside the powers of the legislature. Chalk it up to his ingenious reading of the emergency powers that were granted during the Cold War(!) by Section 232 of the Trade Expansion Act of 1962. It gives Him the power to raise tariffs on steel and aluminum today, automobiles tomorrow.

Times have indeed changed: Once upon a time, in the Revolutionary era, Americans fought to get rid of tariffs. Remember the Boston Tea Party?

With the legislative branch of government increasingly sidelined, is abolishing the judicial branch next? That appears to be a given.

President Trump clearly acts as the Supreme Commander of all U.S. branches of government, not just the executive branch. The conventional model of restricting the President to just one branch is gone.

No wonder then that the President, after invoking his pardon for various kindred spirits, has discovered his absolute right to pardon himself. With DJT now also serving as top law enforcement (rather: dis-enforcement) officer of the land, one can only wait for the day when he will proudly sign his own pardon.

That will occur, no doubt, in front of the cameras. Count on it being eagerly and dutifully applauded by the Cabinet secretaries flashing their smiles, guided by the ever-present Mike Pence.

A fourth branch of government?

Forget about Fake News, and watch our own Pravda of the 21st Century, Fox News. It is the only medium equipped to fully penetrate the labyrinthine thought processes of our Dear Leader.

After more than two centuries of a fruitless, inefficient excursion into American democracy, we are back to sanity! Long live King Donald the First!