"[Kim Jong Un] speaks and his people sit up in attention. I want my people to do the same," Trump said. 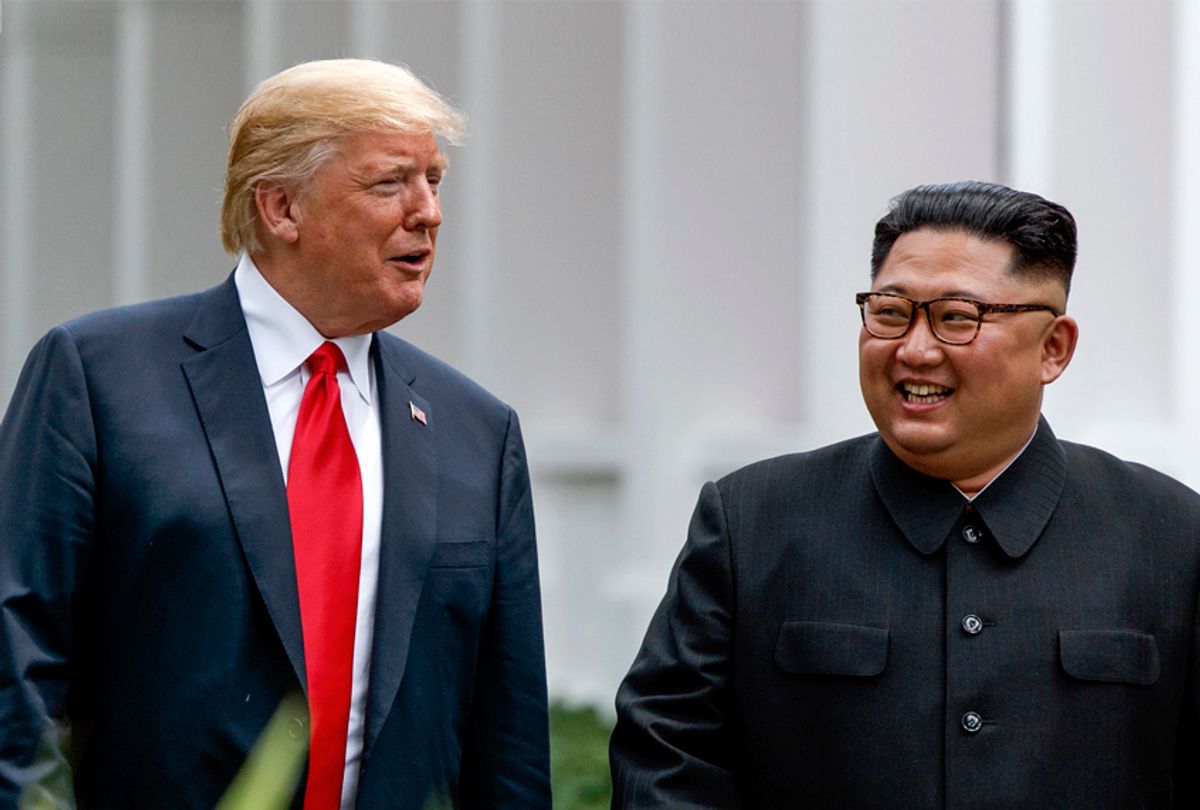 During a surprise interview with “Fox & Friends” on Friday, Trump said he was impressed by the respect that Kim commanded from his people.

“He’s the head of the country — and he’s the strong head, don’t let anyone think anything different,” Trump said during the interview. “He speaks and his people sit up in attention. I want my people to do the same.”

Kim Jong-un runs a totalitarian dictatorship in which people face imprisonment or execution if they criticize him. According to human rights watchdog Amnesty International, North Korea has imprisoned an estimated 120,000 people based on political grounds across four separate camps dedicated to imprisoning political dissidents.

The organization further says that people living in these camps are “subjected to forced labor as well as torture and other ill-treatment.”

Despite this, the president has praised Kim for being a “very tough” leader who “loves” the people of his country.

When asked by Doocy why he was heaping praise upon Kim despite his country’s atrocious human rights record, Trump replied, “I don’t want to see a nuclear weapon destroy you and your family.”

Watch the video of Trump below.