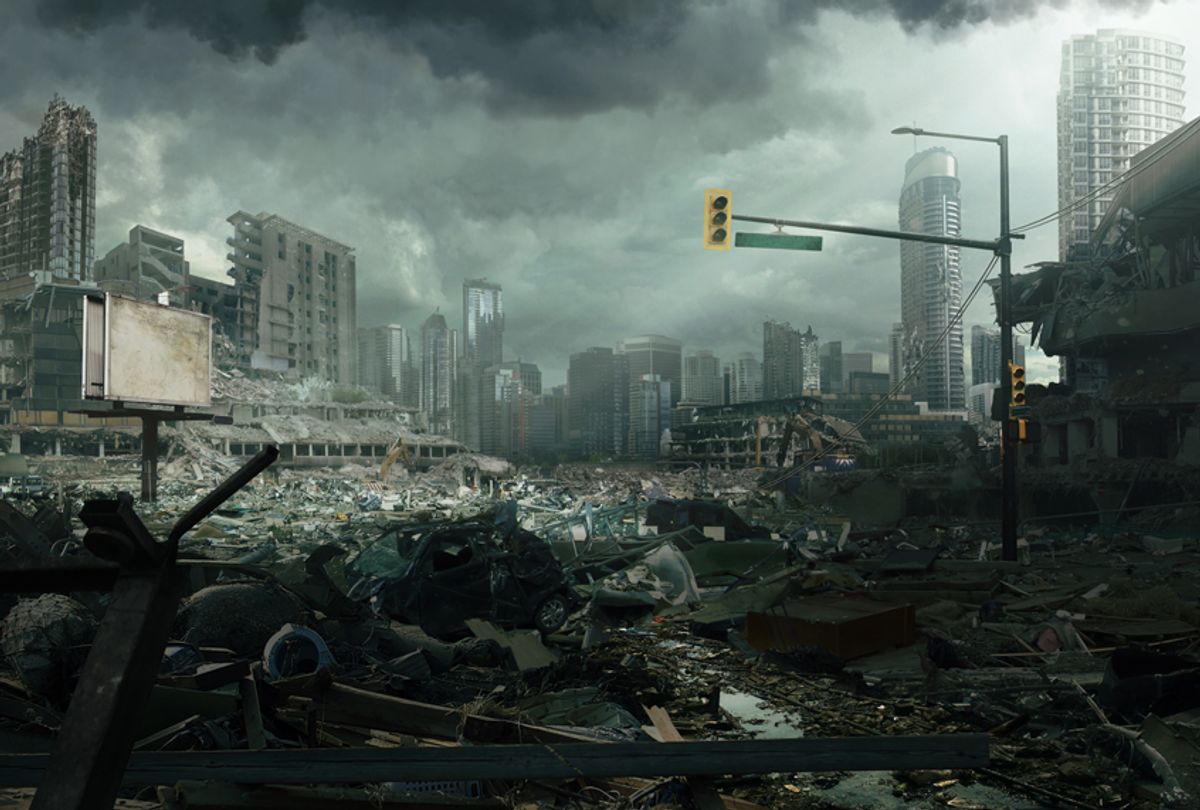 From a bird’s-eye view, the U.S. economy is looking very expansionary. The jobless rate is at near record lows while gross domestic product is rising. Retail sales are up while a measure of confidence among small business owners just hit a 34-year high.

But as the adage goes, all economics is local. One part of the country can enjoy the fruits of national economic growth, while another languishes in opioid addiction, poverty and falling wages.

When it comes to municipal finances, the same rules apply. With 16 states and thousands of local public entities fiscally worse off than they were just before the Great Recession, the march toward higher interest rates and the threat of global trade wars with U.S. neighbors and allies could make things worse for struggling state and local governments.

Citing “considerable improvement” in the U.S. economy, the Federal Reserve raised interest rates on Wednesday for the seventh time since it began edging away from near-zero borrowing costs in late 2015 for the first time in nearly a decade. More important: the frequency of rate hikes is accelerating, to as many as four hikes this year compared to just one in 2015 and one in 2016.

The federal funds rate, what banks charge each other in interest for overnight lending, is now trading at 1.75 percent to 2 percent, up from a historically low near-zero percent in December 2008. The Fed is aiming for 3 percent by the end of 2019 and 3.5 percent a year after that to reach what it considers an ideal rate.

If your eyes glaze over reading those numbers, they shouldn’t. Fed rate hikes push up the cost of all borrowing, such as fees on outstanding credit card balances and home equity lines of credit. The Fed raises borrowing costs when the bird’s-eye view of the economy is doing well in order to stave off inflation caused by economic activity and low unemployment. Rate hikes allow breathing room for the Fed to lower borrowing costs to stimulate the economy during future economic downturns.

State and local governments, especially those with near-junk ratings, are going to feel the pain of rising interest rates that could make building roads, hospitals and schools more costly, even prohibitively so, for issuers with higher risks of default, higher debt service costs and higher underfunded pensions.

Dozens of cities are struggling with immense debt service costs and post-employment benefit payments that are taking huge bits out of their budgets. Among cities with more than 500,000 people, Milwaukee leads the way with more than 40 percent of its annual budget going to service debt and fulfill its obligations to firefighters, police officers, teachers and other local public servants, according to Merritt Research Services.

“Municipalities are definitely in worse condition than they were in 2007 and 2008,” Mayra Rodríguez Valladares, managing principal at financial consulting firm MRV Associates and a former analyst at the Federal Reserve Bank of New York, told Salon. “My concern is that badly needed projects that have been put off are going to become very expensive for many municipalities.”

The reason for this is simple. As borrowing costs rise, municipalities are forced to offer higher returns on the bonds they sell to raise money to build things like schools, hospitals, sewage facilities and roads.

But David S. Gilreath, managing director at Indianapolis-based Sheaff Brock Investment Advisors, downplays the impact of higher borrowing costs on local and state governments. He also pointed to changes in the federal tax code that will encourage people facing high state and local taxes to use municipal bonds (whose interest income is exempt from federal taxes) to offset a new cap on the state and local tax deduction that can be claimed on federal tax returns.

“Rising rates will obviously impact borrowing costs, but the fact is rates now are so low, that even a 50 percent increase in borrowing costs would only bring them back up to levels in the 1990s,” Gilreath told Salon by email. “Cities and states survived then, and they will again. What will have to change for some cities and states is their operating costs, pension promises, etc.”

Rodríguez Valladares agrees on that point.

“Municipalities had these very inflated returns back in the days of 2006, and it’s taken many municipalities a long time — and not all of them have done it — to adjust expectations,” she said.

The other threat to some regions of the country is the Trump administration picking trade fights with neighbors, allies and China. Strategic retaliatory tariffs threaten economic growth in pockets of the U.S. that are more dependent on international trade. Slower local economic growth can lead to lower tax revenue and higher social services costs, which can lead to more borrowing just as rates are starting to rise at a faster pace.

The conservative American Enterprise Institute recently compiled U.S. Census Bureau data and found that five states — Michigan, Kentucky, Louisiana, Tennessee and South Carolina — rely on international trade for between 32 percent and 39 percent of their total GDPs. Other estimates show that about 19 states are heavily reliant on trade with Canada and Mexico, in part due to the intertwined nature of the North American automotive industry and their dependence on agricultural exports.

Coupled with debt-service payments, underfunded pension obligations and rising health care costs, local governments in many parts of the country could be forced to make tough choices between implementing austerity measures on public services, further privatization of traditionally public institutions, or finding other sources of revenue, such as raising taxes and reducing corporate incentives packages.

From a bird’s-eye view, the U.S. economy is doing great. But from the ground, it all depends on where you live.