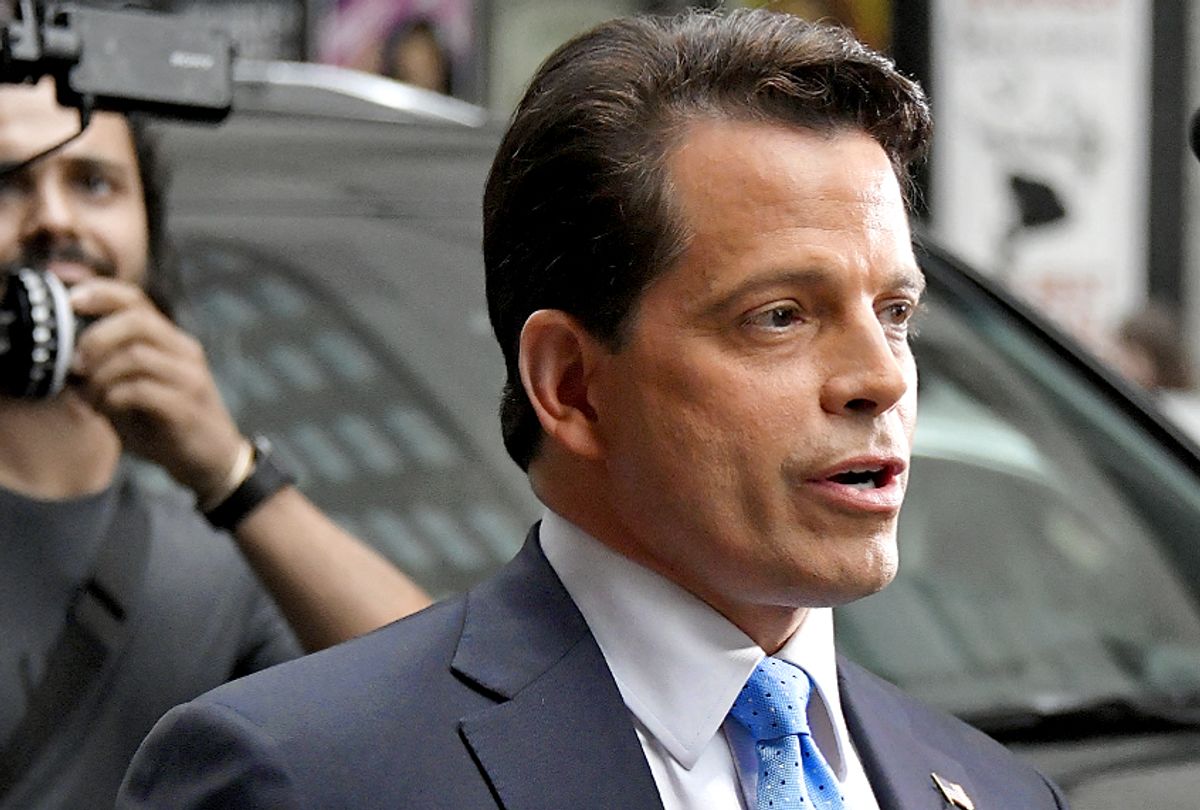 Scaramucci first took to Twitter Saturday evening to plead that Congress “stop this madness,” suggesting that President Donald Trump himself is not a fan of a zero-tolerance approach that forcibly removes migrant children from their parents.

"The Mooch" slammed the policy instituted by Attorney General Jeff Sessions as "not the Christian way" and not "the American way," although he alleged that Chief of Staff John Kelly was actually the one to blame for the humanitarian crisis.

"POTUS didn’t invent the child separation policy - his Chief of Staf/fmr DHS secretary did. Kelly told NPR 'the children will be taken care of - put into foster care or whatever.' That is not a humane solution. Expect the situation to be rectified" Scaramucci tweeted.

Whether or not Trump has the power to rectify the situation became a point of contention during Scaramucci’s conversation with CNN's Alisyn Camerota.

“Your tweet makes no sense,” the "New Day" co-host said. “The president could stop that this morning.”

The controversial former Trump staffer who lasted a mere 10 days on the job at the White House then back-tracked on his original remarks, saying he believed the president can and should stop the policy.

“I think [Trump] needs to step in there, and he’s got to end this thing,” Scaramucci said. “I think it’s an atrocious policy. It’s inhumane. It’s offensive to the average American.”

Scaramucci then doubled-down on his belief that separating kids from parents does not represent American values.

“I’m here to say that it’s very bad policy,” Scaramucci said. “And that the president is a humane guy. He’s doing an amazing job on so many fronts, and he doesn’t need this type of visual.”

While arguing on Twitter that the current border strategy needs to end, Scaramucci attempted to absolve Trump of any perceived responsibility by also shoving blame upon the Democratic Party. Without offering any evidence, Scaramucci alleged that Democrats do not actually want comprehensive immigration reform, as they instead seek to "politically weaponize the issue" for the midterm elections this November.

On “New Day,” Scaramucci was not quite so bold, refusing to actively point the finger at anyone for the “inhumane” approach to border safety.

“However we got there,” Scaramucci said, “whether it was an Obama policy, it was a George W. Bush policy, whatever the facts are, I’m not here to defend the Democrats or the Republicans.”

When directly pressed about whether or not there is division in the White House over the policy as he suggested on Twitter, Scaramucci attempted to clarify his statement while maintaining his steadfast loyalty to the GOP, or Party of Trump.

“I’m just going by the facts. This happened in April. [John Kelly] was the head of DHS in April. It’s been promulgated since then,” Scaramucci said about the origins of the policy enforcement. “I don’t mind saying that because, at the end of the day . . . I think loyal people have to be very honest. They don’t just fall in line into some kind of group think.”

Scaramucci then acknowledged his own politicization of the issue on Twitter during the “New Day” segment, implying that his blame-game antics were not relevant and admitting that Trump has more power than he first acknowledged.

“There were a lot of tweets I sent out yesterday,” Scaramucci said. “I was sparring with a couple of Democrats. But I think the president should stop [the policy].”

Continuing to defend the president’s ideals, Scaramucci alleged that Trump’s endorsement of immigrant family separation is nothing more than the president playing puppet to his political advisors.

“I think [Trump] needs to step back,” Scaramucci said. “Stop listening to his aides and his advisors. This is a Wollman Rink kind of a moment.”

Scaramucci also tweeted at the president, urging him to make his own political decisions and to use his power to stop the zero tolerance border policy.

You can watch an excerpt from Scaramucci's appearance on "New Day" below: