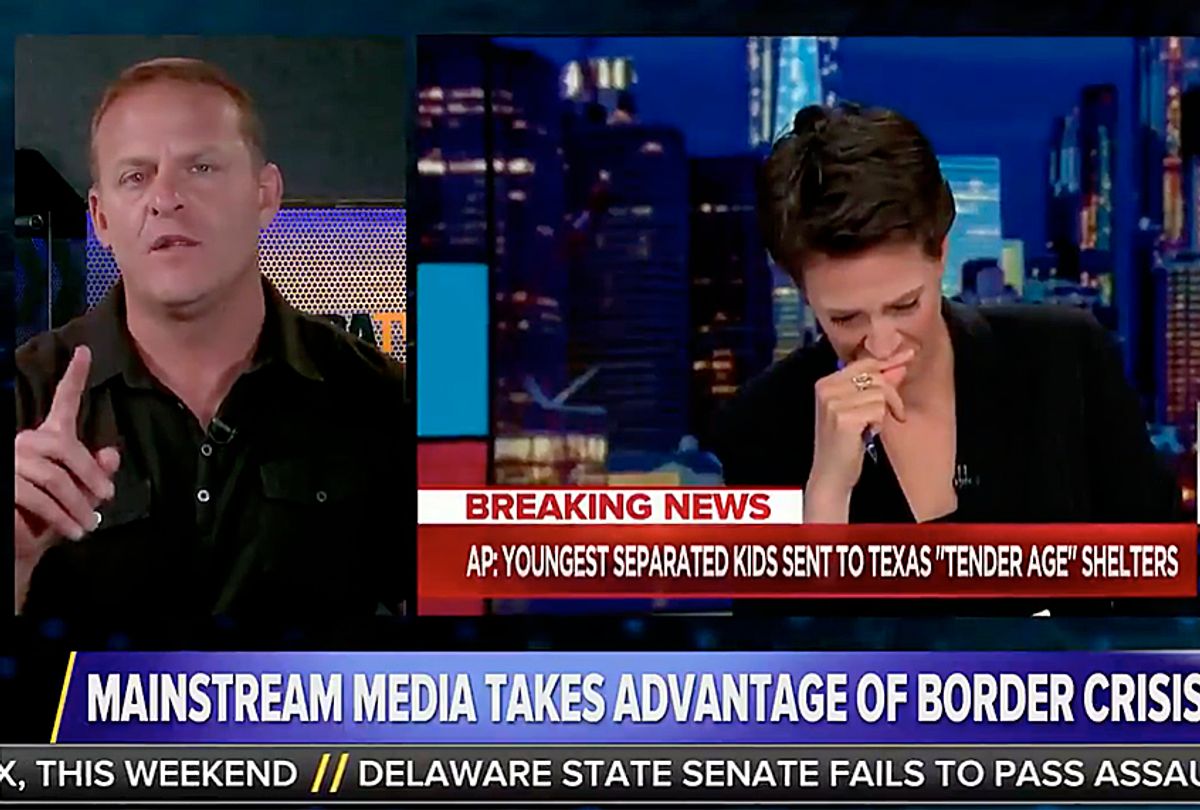 The banner atop NRATV’s official Twitter page reads, “Nothing triggers like the truth.” Which begs the question: What truth triggered NRATV hosts to go on a multi-tweet rant against MSNBC host Rachel Maddow?

“Rachel Maddow you are one of the most dishonest, disgusting people I’ve ever seen,” Former U.S. Army Ranger and NRATV Frontlines correspondent Chuck Holton declared on Wednesday. The night before, during her MSNBC broadcast, Maddow began to read an Associated Press report that broke while she was on the air. The account of “tender age” detention centers meant to house toddlers and infants ripped away from their parents at the U.S.-Mexico border left Maddow in tears, unable to mumble the harrowing details.

"The AP has just broken some new news. This has just come out from the Associated Press. This is incredible. Trump administration officials have been sending babies and other young children to at least three . . . Put up the graphic of this. Thank you. Do we have it? No. Three tender age shelters in south Texas. Lawyers and medical providers just . . . Think I'm going to have to hand this off. Sorry," Maddow said during her broadcast, breaking into tears a number of times.

In response to the most-watched progressive pundit breaking down in tears over caged children, NRATV, the digital video arm of the National Rifle Association, went on the attack.

NRATV's Grant Stinchfield demanded to know “Where’s Rachel Maddow’s tears Nisa Mickens? Her dead body was found on the side of the street, brutally beaten, a day before her 16th birthday. She was gruesomely beaten to death by MS-13 gang members. They used machetes and bats. Her face was so badly beaten, authorities said she her body was barely recognizable when found . . . Rachel Maddow, your tears show me, you care more about the lives of MS-13 gang members, than you do about the American children they murder."

Dan Bongino, a failed GOP congressional candidate turned right-wing agitator, said of Maddow: “Why isn’t she crying that Chuck Schumer turned down a solution? Because they don’t want a solution. They don’t want to fix the problem. They only want to hurt Trump. Period.”