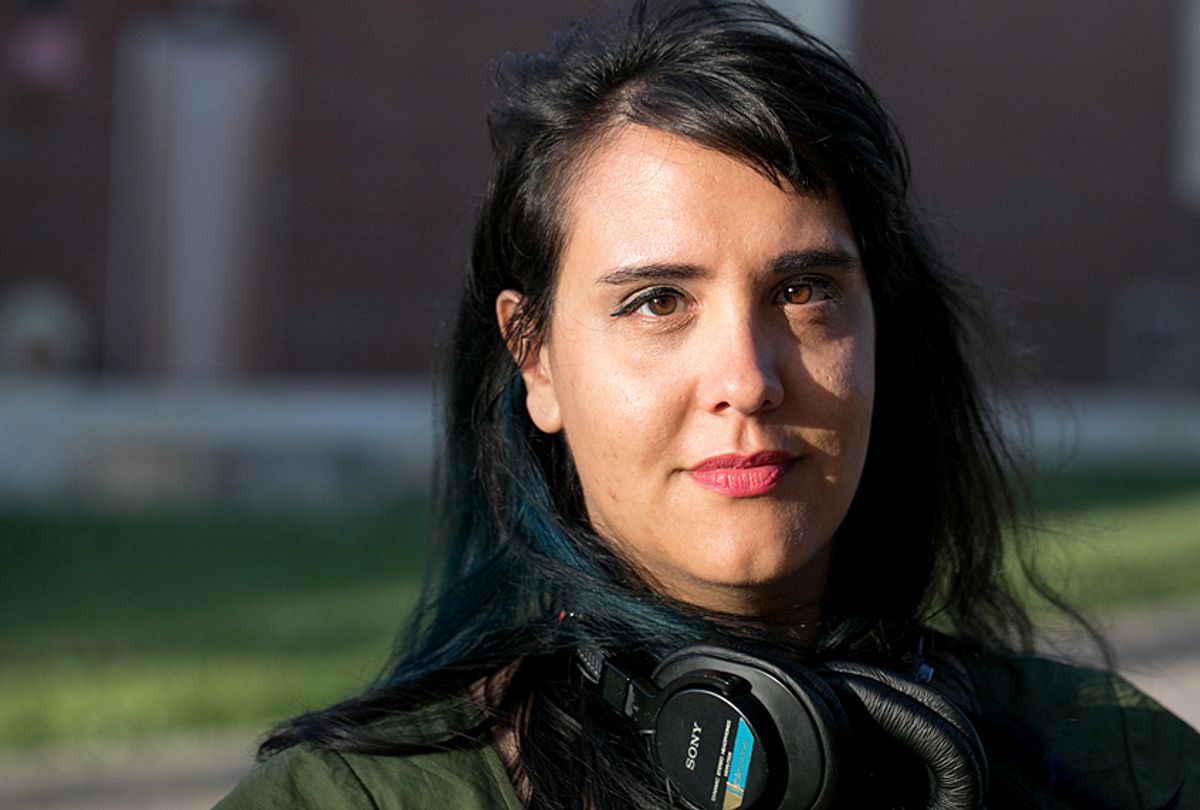 A couple of years ago, radio journalist Sarah Delia’s radio station, WFAE in Charlotte, NC, got a tweet from a listener who had a story to tell. She was the victim of sexual assault. This listener had been working for over a year to get the Charlotte-Mecklenburg police department to make progress on her case and identify the man who assaulted her. She wanted to know when Sarah’s radio station was going to report on the backlog of crime labs where rape kits go untested every year in Mecklenburg County, allowing sexual predators to slip away, unidentified and unpunished.

“When I met her over a year ago, at this point she didn't have a lot of answers to her case,” Sarah told me in our interview for my podcast, Inflection Point. “And it wasn't so much that she thought that the police were necessarily doing something wrong, she just didn't know what they were doing at all.”

Over the past year, Sarah has been following “Linda” (not her real name), who has had the courage to come forward and confront the police department over their lack of action in her case. Linda’s story is now at the heart of a new investigative podcast series from WFAE called "She Says."

It’s a story that’s been told far too many times: that of a sexual assault victim and the uphill battle for justice in an overwhelmed and ill-equipped system.

Every 98 seconds, someone in the U.S. is sexually assaulted. When a survivor comes forward to report her assault, it’s apparent from the start that her case will be low on the police department priority list — especially if the circumstances surrounding the assault are less than “ideal.” Survivors often report feeling the experience of victim-blaming, the inference during police questioning that they somehow caused their own assault.

In Linda’s case, she had been intoxicated when she got into a car with a man she didn’t know.

“She does make some choices that I understand people sometimes are like, ‘Well she did that. So what was she going to expect, that something like this wouldn't happen to her?’ And I guess my answer to that is that I hope people can challenge themselves about what they think about consent and how they view sexual assault victims,” Sarah told me. “Because even if you leave your door wide open, that doesn't make it OK for someone to come in and burglarize your home. So just because you get in the car with someone that you probably shouldn't, that doesn't mean that they get to sexually assault you.”

Out of every 1000 instances of rape, only 11 cases get referred to a prosecutor, and only seven cases will lead to a felony conviction. The one source of reliable evidence that can lead to a conviction — the rape kit — can sit untested for years.

In Linda’s case, it has now been three years since she reported her assault. As of this writing, no one has been brought to justice in this case.

Listen to my conversation with Sarah Delia, host and reporter of the new investigative podcast "She Says," about what sexual assault victims can expect from the criminal justice system, what it took for her to gain the trust of a victim who has lost trust in the people sworn to protect her, and the courage it takes to come forward and speak about — and report on — sexual assault.

When I asked Sarah why Linda was willing to re-live the pain of her sexual assault by telling her story, she told me, “I think she is doing it so other people, if they're going through a similar situation, hopefully they'll be able to hear some of their story and her story and maybe know that they're not alone, that these are things that unfortunately happen, that navigating a relationship with your detective is not always easy.”

Linda had the courage to come forward with her story a year before #MeToo became a national movement. Her voice is now one of many discussing not only their assault but also the lack of action from their local police departments.

This week in Austin, TX, three sexual assault survivors filed a federal class action lawsuit against the city, the DA and the sheriff of the Austin Police Department, “alleging that years of failures at APD’s crime lab and at the District Attorney’s Office have resulted in Travis County women who have been sexually assaulted facing gender discrimination by government officials, being denied equal access to justice and protection of the law, and being ‘failed’ by those ‘sworn to protect them.’”

Hopefully this case will lead to nationwide reforms of a system that places responsibility of solving and preventing a crime on the shoulders of the victims.

To help spread awareness and advocate for research into the national rape kit backlog, visit endthebacklog.org.

And if you or someone you know is a victim of sexual assault and need to talk about it with someone, call the National Sexual Assault Hotline: 800-656-HOPE.