From slavery to "Indian schools" to internment camps, family separation is nothing new in America

Trump had to sweep his ugly twist on an old story under the carpet. It was a reminder of America at its worst 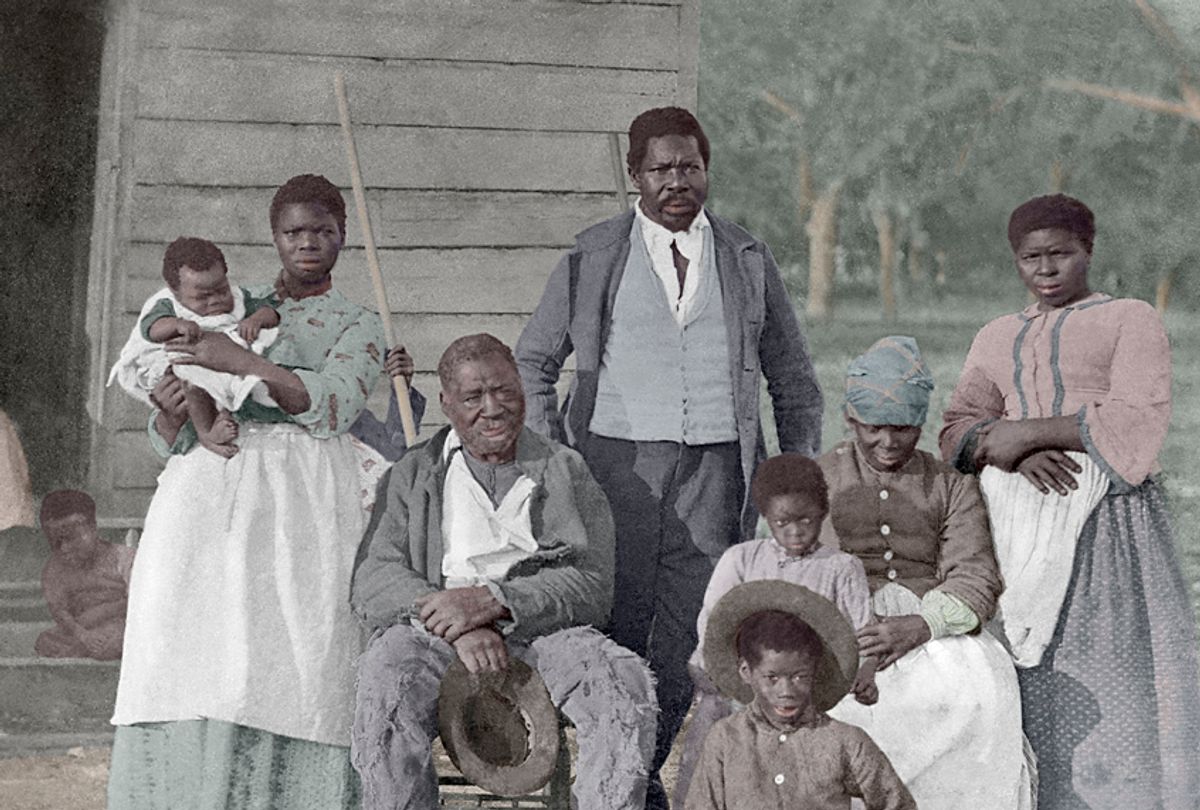 Donald Trump gave a speech this week at the National Federation of Independent Business, and right after that he hugged the flag “We’re doing well as a country, and you are the ones truly who are making America great again."

That image hits like a Mike Tyson punch: In the midst of probably the worst week of his presidency, as images of children in prison grab, separated from their parents because of pointless political pandering by him and Jeff Sessions, flood the web – he hugs the American flag and acts as if he’s doing something right. We are approaching two years of this, and nothing is right.

Ultimately Trump signed an executive order this week that at least temporarily ends the family separation policy. We know he never cared about the detained children as he came up with multiple reasons to defend his actions. But he does care about negative press. Reporters and media outlets all over the world have been tearing him apart. Michael Hayden, the former director of the CIA and NSA, and Sen. Dianne Feinstein of California have both compared Trump’s detainment camps to Nazi Germany. Trump has a need to be liked, and this zero tolerance border policy getting compared to Hitler and Nazi Germany definitely won't fill that need.

Jeff Sessions went on with Fox News host Laura Ingraham to combat the comparisons. “Well, it’s a real exaggeration, of course,” Sessions said, “In Nazi Germany, they were keeping the Jews from leaving the country.”

I agree with Sessions for the first time in my life because we shouldn't be comparing America to Nazi Germany. In fact, the eugenics policies implemented by the Nazis had American origins. If we are going to have a conversation about the historic events leading up to children being detained, or a culture of dehumanizing people of color, we need to start right here at home in America – land of the fee, home of the slave.

American has a long history of tearing families apart–– a history stretching to before the founding of the republic.

Let's not forget about the Native American boarding schools. Most famous of those was probably the Carlisle Indian Industrial School in Pennsylvania, although there were about 150 others, notoriously "susceptible to deadly infections like tuberculosis and the flu," according to the Washington Post. At least 200 children died there in less than 40 years. They had left their tribal lands and their families and never returned.

Carlisle and other boarding schools were part of a long history of U.S. attempts to either kill, remove, or assimilate Native Americans. In 1830, the U.S. forced Native Americans to move west of the Mississippi to make room for U.S. expansion with the Indian Removal Act. But a few decades later, the U.S. worried it was running out of places to relocate the country’s original inhabitants.

Let's not forget chattel slavery: African people stolen from their countries and families, robbed of their culture and forced to perform unpaid labor in a strange land. Even after African slaves assimilated, adopted Christianity and the English language and subscribed to American culture they still ran the risk of having their families broken apart.

In "Soul by Soul: Life Inside the Antebellum Slave Market," Walter Johnson writes:

Of the two thirds of a million interstate sales made by the traders in the decades before the Civil War, twenty-five percent involved the destruction of a first marriage and fifty percent destroyed a nuclear family – many of these separating children under the age of thirteen from their parents. Nearly all of them involved the dissolution of a previously existing community. And those are only the interstate sales.

Let's not forget the Japanese internment camps. These were established during World War II by President Franklin D. Roosevelt through his Executive Order 9066. From 1942 to 1945, it was the U.S. government that nearly all people of Japanese descent, many or most of them American citizens, would be interned in isolated camps far from the West Coast cities where most Japanese-Americans lived. Enacted in the wake of the Pearl Harbor attack, Japanese internment is "now considered one of the most atrocious violations of American civil rights in the 20th century.”

We can also add poverty and the modern-day prison-industrial complex to the mix: the legacy of the original Jim Crow laws and what Michelle Alexander has called "The New Jim Crow." If breaking families apart is what Trump means when he talks about making America great again, then I can't dispute that's an American tradition and I can't be mad at him for hugging the flag. Destroying families has been a recurring theme of American history, and Donald excels at it.

Salon's D. Watkins on 5 Things Starbucks can do to overcome implicit racial bias.