Is the Nancy Pelosi era coming to a close? At least 20 Democrats running for the House oppose her 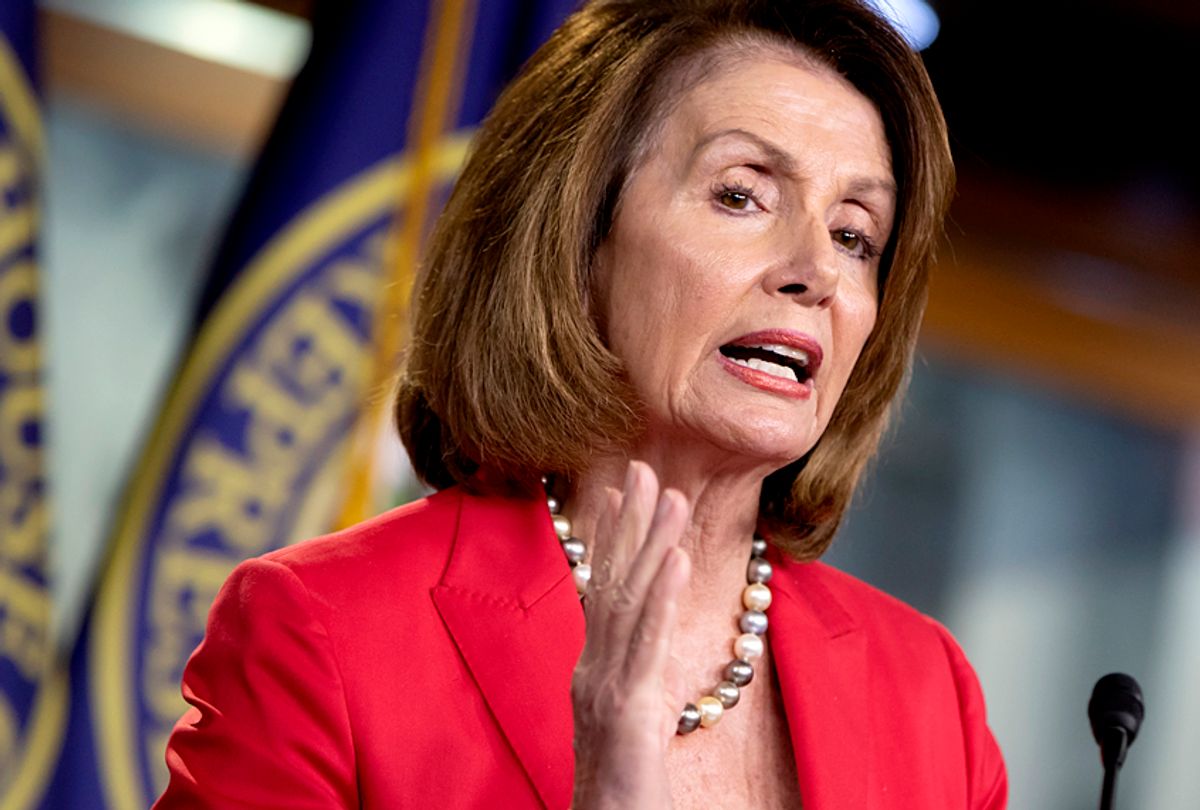 The number of Democratic candidates on the campaign trail hoping to be elected to the House of Representatives in this November's midterm elections who openly oppose Nancy Pelosi's desire to wield the speaker's gavel once again has multiplied to at least 20.

It turns out that a trend may have caught fire following Conor Lamb's razor-thin win in a special election in Pennsylvania this March, and the nerves of the minority leader's allies are rattled, according to a new report from Politico.

This begs the question: Could the California Democrat now face the toughest test of her grip on power since becoming a household name some 15 years ago?

If Democrats do win back control of the People's House on Election Day, the potentially narrow margin would give Pelosi almost no room for mistake as she lobbies for the 218 votes needed to win a floor vote, Politico reports. And Pelosi could face resistance from a fresh crop of Democrats, who have said on record they would oppose her as they call for new leadership.

Max Rose, who is running for a House seat in New York state, is one of the party hopefuls who has spoken out against Pelosi.

“If the Democratic Party is going to earn back the trust of the American people, then we need to show them that we are serious about changing our politics – and that means we need a change in leadership," he said in a statement to Politico.

In contrast, Arkansas' Clarke Tucker is blasting his opposition across the airwaves: “I’ve said from Day One that I won’t vote for Nancy Pelosi."

Pelosi told the Boston Globe in May that she has her sights set on a return to the speakership.

“We will win. I will run for speaker," she said. "I feel confident about it."

And Pelosi’s allies acknowledge that the two-vote system employed by the Democratic caucus works in the minority leader's favor. Politico elaborates:

If Democrats win the House, she would first need to win a secret ballot vote within the Democratic Caucus, but only by a simple majority – a much easier hurdle than securing 218 votes on the House floor.

Pelosi’s supporters predict she would easily win the caucus vote, especially if no one credible steps forward to challenge her, paving the way for most Democrats to publicly support her in a floor vote. (All Republicans undoubtedly would oppose her, so Pelosi would need the overwhelming majority of Democrats to put her over the top.)

However, some may not be quick to forget the events of November 2016, when nearly one-third of Pelosi's Democratic colleagues in the House opposed her campaign to remain leader.

It is also no secret that Pelosi has long been vilified by Republicans – you can look all the way back to her first appointment to her party's leadership ranks. And it seems things have not changed much since 2003, according to Politico:

Pelosi is one of the biggest — if not the biggest — drag on Democrats running for the House, according to some Democratic pollsters. Republicans have happily exploited that weakness, raining down Pelosi-themed TV ads on special election candidates in Georgia, Montana and Pennsylvania.

“With very few exceptions, the biggest hurdle, the biggest vulnerability for Democratic candidates is Nancy Pelosi, and the strongest card the Republicans can play is attaching a candidate to Pelosi,” said a Democratic pollster, who works with some House candidates who have disavowed Pelosi. The pollster, who was granted anonymity to discuss internal strategy, added: “Most of this is about mitigating and diluting the effectiveness of that attack.”

In fact, in the race for control of the House, more than one-third of Republican commercials have taken aim at Pelosi. This 2018 figure is a sharp increase from 13 percent in the 2014 midterm cycle, according to USA Today.

The amount of vitriol is eerily similar to another well-known politician, former Democratic presidential candidate Hillary Clinton. And the root of the origins may be one and the same.

In April, an article from The New Republic took a closer look at the Republican Party's "desperate obsession" with Pelosi:

The relentless demonization of Pelosi, who has reached the highest office of any female politician in American history, is partly fueled by—and an appeal to—sexism. “I think they need to get a new game book,” Representative Joseph Crowley, chairman of the House Democratic Caucus, said last month of Republicans. “The attempts to use Nancy Pelosi, it’s failing them at this point. And I think, quite frankly, it’s sexist.”

But Republicans’ animosity toward Pelosi is also certainly driven by fear: As both the minority leader (from 2003-2007 and 2011-present) and House speaker (from 2007-2011), she has been an accomplished and indomitable captain of House Democrats.

In addition to being a masterful legislative tactician, the 77-year-old Pelosi is, in Politico's words, “the most successful non-presidential political fundraiser in U.S. history” . . . Another coup attempt erupted last summer. Why so much discontent with a woman who has proved so good at her job? Maybe because many Democrats think Pelosi’s unpopularity undermines their chances of winning back the House. Why is she so unpopular? Because powerful women politicians usually are. Therein lies the tragedy. Nancy Pelosi does her job about as well as anyone could. But because she’s a woman, she may not be doing it well enough.

But, for now, all eyes will be on Pelosi's first hurdle to victory – helping Democrats squeak out that narrow victory in November. FiveThirtyEight's most recent estimate of the race for Congress shows that Democrats have a slight national average over Republicans – 46.9 to 40.7 percent.