Boris Epshteyn: The media is trying to "make it seem as if those who are tough on immigration are somehow monsters" 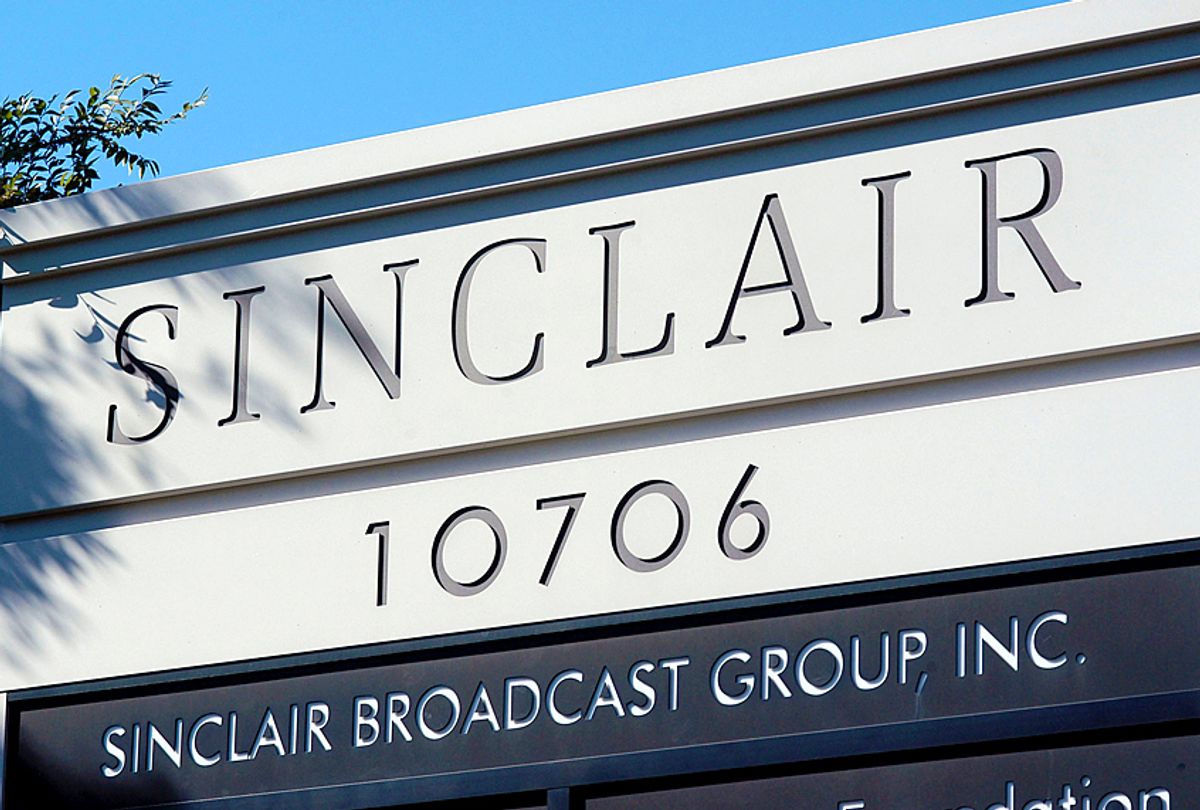 Audiences across the country are watching a segment on their local news telling them that liberals in media had overblown reports of children separated from their parents and detained in cages near the border — all thanks to Sinclair Broadcast Group.

From the most recent “must-run” “Bottom Line With Boris” commentary segment (emphasis added):

Boris Epshteyn: Our immigration system is undeniably broken and the discourse around this topic is toxic. A perfect illustration of these facts is the recent firestorm surrounding President Trump’s decision to enforce a “zero tolerance” policy and prosecute all adults illegally crossing our borders. Many members of the media and opponents of the president have seized on this issue to make it seem as if those who are tough on immigration are somehow monsters. Let’s be honest: While some of the concern is real, a lot of it is politically driven by the liberals in politics and the media.

The two-minute spot concluded that President Donald Trump was “working to show that it is possible to balance humanity with security for our borders” by signing an executive order yesterday to end the zero tolerance family separation policy his administration unilaterally decided to implement in the first place.

This reprehensible segment will now be forcibly aired, often spliced into local news coverage, on more than 100 Sinclair-owned or -operated news stations throughout the country as part of the media giant’s infamous “must-run” lineup. According to a Media Matters search of the iqMedia database this morning, the segment has already aired on stations in at least 18 states.

Sinclair is known for its history of injecting right-wing spin into local newscasts, most notably with these “must-run” segments. The segments have included blatant (and sometimes embarrassing) pro-Trump propaganda missives from Epshteyn for more than a year now. Epshteyn has used his “Bottom Line With Boris” segments to attack members of the press for being too mean to the president, praise seemingly every move Trump makes, and offer jaw-droppingly ill-timed defenses of Trump and his staff members. He also defended Trump’s unforgivable statements after the deadly white supremacist rally in Charlottesville, VA, and supported Trump’s idea to hold a dictator-style military parade.

Thanks to the Trump Federal Communications Commission, segments like this could soon air on even more local TV news stations including in major cities and battleground states across the country, reaching 72 percent of U.S. television households.