What is justice for my brother? His life didn't matter to the state until he was murdered

The resources spent on putting his killers away would have been better spent on him, and kids like him, in life

By Princess Bryant - as told to Rachel Leah 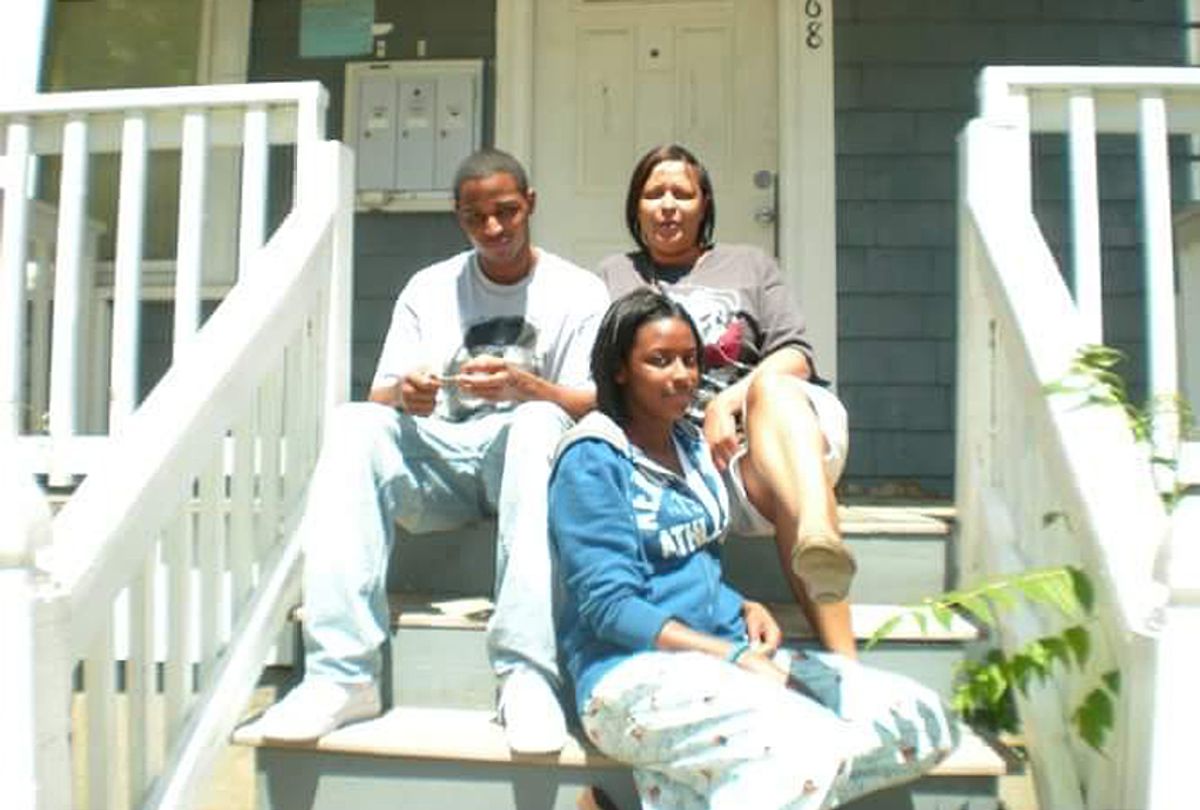 When I got the call that the police had identified three suspects for my brother's murder and they were planning to make the arrests, I was both shocked and hurt. In my 28 years, I had experienced the deaths of so many of my friends where no arrests were made, and we still don't know who killed them. So, I wasn't expecting "justice," as far as the criminal justice system's definition. Of course, no form of justice would bring back my older brother, Allex Bryant.

In the neighborhood where I was raised in Boston, gangs are dominant, and street violence can be careless and fatal. Tragically, someone can die by just being in the crosshairs after a cookout or in a drive-by. My brother was killed after a party. It could have been random. But this phone call seemed to contradict that explanation.

I felt conflicted. Going to trial meant I would be subjected to every detail of my brother's death. I would have to see the people accused of killing him every day. I didn't know how to feel. But it wasn't lost on me that the state was adamant about going to trial to convict two black men and one black woman for my brother's death — willing to use resources that never reached my brother in his lifetime.

Allex was three years older than me. From when I was as young as six, I can remember teachers would put notes in my bag to deliver to my mother about Allex's behavior at school. Even though he was older, we were protective of each other, and sometimes I would throw away the notes before my mother could see them.

First, it was just childish misbehaving, interconnected to his bipolar and ADHD diagnoses. But medicine wasn't a quick fix. In the late 1990s and early 2000s, while we were in elementary school, taking medicine was seen as weird and proof that something must be wrong with you. Mental health issues held a strong stigma, even among kids, in school and in our neighborhood. They would tease him: "What's wrong with you?" Kids would call him crazy, and he didn't want to take it.

We also lived in a high-crime area. We were exposed to a lot of violence, whether it was fights or drug use or sales. And it was violence that you had to unlearn. I know because I had to.

We didn't have a lot, either. We had clothes and food, but none of the stuff that really got kids excited. Our dad moved to Florida to take care of his mother, and our mom had to work all the time to support us. So there was a lot of time to act up, and my brother would steal things like bikes or scooters. I think Allex felt like he was good at stealing, and that mostly in his life, he felt like he wasn't good at a lot of things.

The first time Allex got in real trouble where the police were involved was when he was about 12. Then it just kept happening. He was shuffled from the principal's office to specialized schools to a residential home about an hour away from us, then to juvenile detention. Between 12 and 18, Allex was taken out of our home so many times and for so many months at a time that it totaled to about two-and-a-half years. And once he turned 18, he entered the adult prison system.

In contrast, my life changed when I was about 13 and I started dancing. I got a scholarship to study at Boston's premier ballet school, Boston Ballet, and from there, our paths diverged. Dancing took me out of the neighborhood. I wasn't as concerned with Allex's whereabouts. I made new friends, and I had something in my life to look forward to. A lot of people in my community didn't.

But Allex felt like because of this, we didn't live the same life anymore. Granted, there are different barriers for young black men versus young black women growing up in urban environments, but he felt like I couldn't understand his lifestyle. However, my personal understanding of our collective experiences motivated me to become a teacher in our community.

Allex's connections to gangs — or really, people whom we grew up with and who are trying to cope with trauma, neglect and poverty — deepened, and Allex's life became in danger.

Like everywhere where gangs are dominant, participation is connected to poverty. There are no resources or support, and young people are desperate for love, for community and for the tools needed to survive.

It’s also generational. So many young black men in Boston without fathers find comfort in their older friends. If I don’t join a gang, I’m going to be neglected, the thinking goes. Often the mothers who are present in these communities work so hard to try to ensure that their kids won’t end up in the same economic situations, but this means working all the time, leaving kids unattended. It's tragically cyclical.

Given how much I knew about how bad it was getting for Allex on the streets, I would actually be happy when he got sent to prison. Yes, it's as crazy to acknowledge this as it is to read it. But I knew that at least he was safe there. Allex had already been shot twice before the shooting that ended his life.

When he was released at 28, in 2016, this time was, by all standards, different. Allex was focused. He was committed to his freedom. He was concerned with his children and our mother who was suffering from cancer. He was even staying out of the neighborhood. At this point, I was finishing up my Master's in education, and he said he'd be at my graduation.

But two weeks later, Allex was killed. The car he tried to leave the party in was riddled with bullets, but just one fatal shot punctured his torso. My mom was still so sick, and so at 26, I had to plan my brother's funeral.

Homicides are unexpected, and not only did we as a family have to mourn Allex's life senselessly cut short, but I had to figure out how to put my brother to rest. Massachusetts has a victims of a violent crime compensation resource to help families who are impacted by gun violence with burial and funeral costs. However, it had been the rule that if a victim was known to the police or considered "gang-affiliated," their family could not qualify for this fund. (This practice was changed two months ago.)

So even in Allex's death, he was deemed insignificant by the state. For his whole life, as a young black man enduring poverty and mental health issues, incarceration and trauma, he was never seen as a victim. I was dismayed by the reality that even in his death, the state remained firm on this stance.

Until it became time to prosecute his killers. The case wasn't Allex Bryant against them, this was about justice for the state in which the murder occurred.

The trial is kind of a blur, but after the guilty verdicts came in, the day of their sentencing is etched into my consciousness. The sun dazzled, and beams of light flooded the packed courtroom. I stood up and addressed the judge in my black dress that was supposed to mask how crippled I felt on the inside.

I spoke of Allex's unparalleled charm and the loyalty that bound our family. And how his murder pulverized us — that he missed the passing of our mother, who at this time had succumbed to cancer, that two beautiful, young children will never get to see their father again, that Allex left behind a sister, who counted on her brother more than she ever let on.

As Allex's convicted killers stared at me, I remember feeling upset that these people did what they did, because now they have to serve life in prison. Nearly everything that I said in the courtroom about why Allex's murder was horrific for me and my family, their lawyers said about what sending the defendants away for life would mean for theirs.

I told the courtroom that I found little comfort in the fact that now three black men are ripped from their families forever. That these men can't hurt anyone else served as a small consolation. If anything, the trial and verdict proved how complicated "justice" is for black families in America, regardless of which side of the courtroom you occupy.

Now that the trial is over, I feel emptiness. My brother was never truly seen by the criminal justice system when he was growing up. But during the trial, it felt like he finally was. The courts had to say his name and talk about why his life mattered, even if they never showed it while he was alive. In the news, Allex's name was being reported on as the victim he was. That felt significant. But now that's ended.

I am still trying to come to terms with my big brother's death. Each day is different. But I'm grateful to be back in the classroom with my students. Every day I fight to teach in the face of stacked death; to use the experiences of the neighborhood as momentum and to provide good, empathetic education to students who are so often prevented from success. I know Allex is proud.

"We are all Newton"

The epidemic of gun violence in America.

as told to Rachel Leah

MORE FROM as told to Rachel Leah