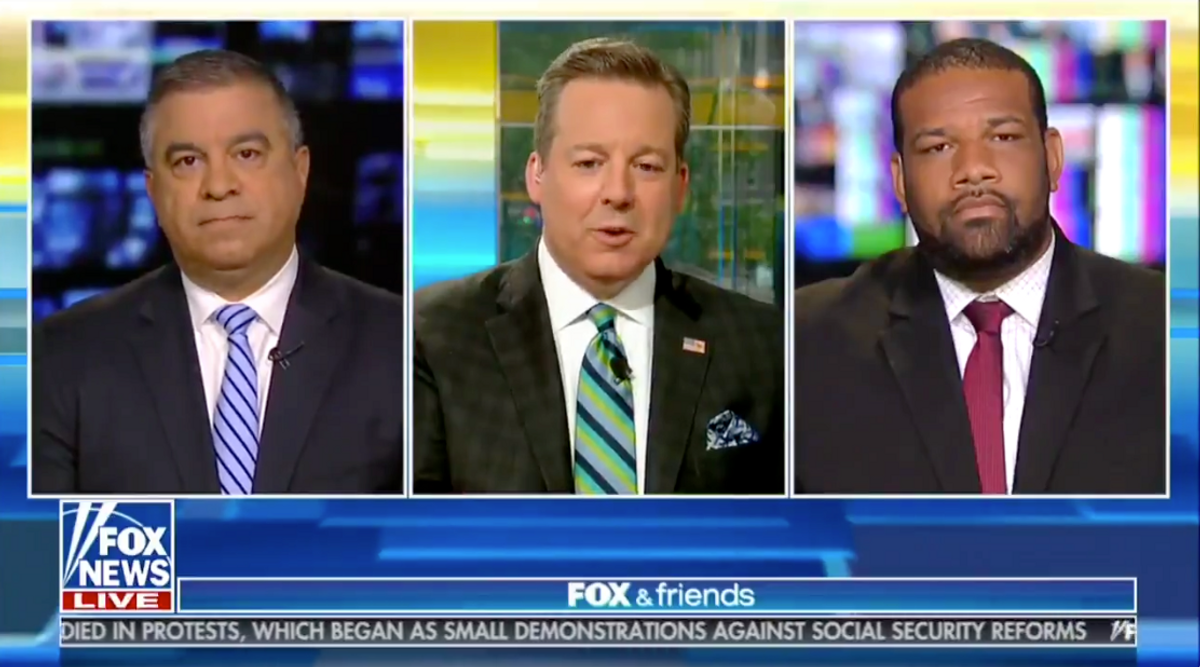 Bossie told Democratic strategist, Joel Payne, who is black, that he was "out of his cotton-picking mind."

"Bossie used a phrase that clearly offended Joel Payne and offended many others," Henry told his viewers after the debate. "But I want to make sure that Fox News and this show, myself, we don’t agree with that particular phrase. It was obviously offensive and these debates get fiery, that’s unfortunate. We like to have honest and spirited debates, but not phrases like that, obviously."

It came during a heated debate over the rhetoric used in regards to the president's now-reversed family separation policy at the U.S. border that was met with worldwide outrage.

"You don’t have to be a golden retriever to hear all the dog whistles coming out of the White House these days and from my friend David here," Payne said.

Towards the end of the exchange Bossie slammed former CIA director Michael Hayden, who tweeted a picture of the infamous concentration camp Auschwitz, in which he compared Trump's "zero tolerance" immigration policy to Nazi Germany.

"You’re out of your cotton-picking mind," Bossie said.

"Cotton-picking mind?" a clearly agitated Payne questioned. "Brother, let me tell you something, I got some relatives who picked cotton and I’m not going to sit back and let you attack me on TV like that. You better watch your mouth."

"Attack you how? You’re out of your mind," Bossie shot back.

He added, "This is ridiculous, this is what’s gone on in America. This is what we’re about."

Bossie is the latest Trump administration official to receive backlash for insensitive comments. Last week former Trump campaign manager, Corey Lewandowski, said "womp womp" in response to a 10-year-old immigrant girl with Down Syndrome who was separated from her family.